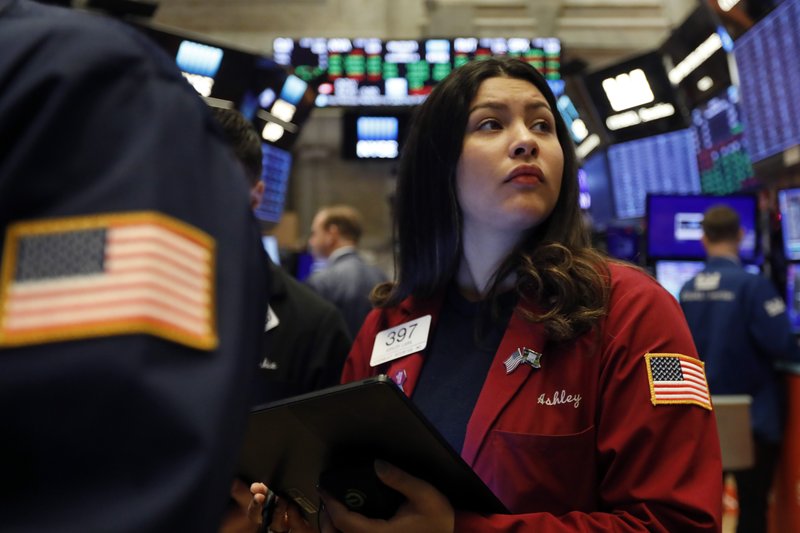 The Nasdaq composite eked out a tiny gain, extending the index's winning streak to 10 days and nudging it to a record high for the seventh day in a row. The S&P 500 and Dow Jones Industrial Average finished with tiny losses.

Industrial, health care and communication services stocks were the biggest losers Tuesday. Those losses outweighed gains in banks, technology stocks and elsewhere in the market.

Trading was lighter than usual during the half day that U.S. markets were open. They are closed today for the holiday.

"It's normal to see profit-taking and we're seeing a little bit of that," said Quincy Krosby, chief market strategist at Prudential Financial. "And that's to be expected in a market that's moved fast, quickly and up only in one direction."

The market's modest slide follows a strong winning streak for stocks that has propelled the major indexes to record highs this month. The benchmark S&P 500 index has finished with a weekly gain in 10 out of the past 11 weeks.

Rising optimism around a "Phase 1" trade deal announced earlier this month between the United States and China helped put investors in a buying mood in recent weeks. Fears about a possible recession have also faded since the summer after the Federal Reserve cut interest rates three times, and the central bank appears set to keep them low for a long time.

Still, as traders turn their attention to 2020, fears about the outlook for the global economy remain, as do concerns over unresolved trade issues between Washington and Beijing. Next year also has the added complication of the U.S. presidential election.

Industrial stocks led the way lower Tuesday. Boeing fell 1.4%, giving up some of its day-earlier gains when the aerospace manufacturer said its chief executive has resigned amid ongoing problems related to its troubled 737 Max aircraft.

Homebuilders bounced back with broad gains after falling the day before following a disappointing home sales report. Hovnanian Enterprises gained 3.2%.

Uber Technologies rose 0.4% on news that ex-CEO Travis Kalanick will resign from the board next week, effectively severing ties with the ride-hailing company he co-founded a decade ago.

Kalanick was ousted as CEO in the summer of 2017 with the company mired in numerous lawsuits. The departure did not come as a surprise. Kalanick recently sold more than $2.5 billion worth of shares in the company, more than 90% of his holdings.

Shares in mining company Freeport-McMoRan climbed 1.1% as the price of gold rose.

Stock markets in Europe were either closed or opened for limited hours Tuesday. Britain's FTSE 100 index closed 0.1% higher, while the CAC 40 in Paris ended flat. Both markets opened for only half the day, and will remain closed until Friday. Germany's DAX was closed Tuesday and won't reopen until Friday.