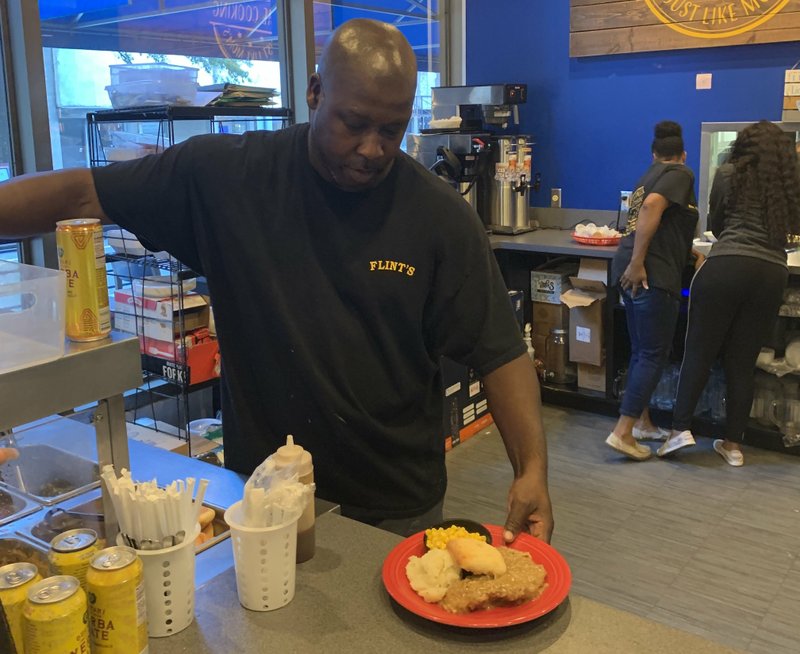 Flint Fannoy is on the move.

Fannoy, who owns and operates Flint's Just Like Mom's home-cooking restaurant on the ground floor of the Union Plaza Building, 124 W. Capitol Ave., Little Rock, is planning to open a second location Jan. 2 in the former 1515 Cafe which closed May 31 in the state office building at 1515 W. Seventh St., Little Rock, across the street from the Capitol.

Hours and menu will be pretty much the same as his current establishment — 6:45 a.m.-2:45 p.m. Monday-Friday — but with fewer lunch specials, and those will differ from one location to the other: he may be doing meatloaf, for example, but not both places on the same day. He's counting on walk-in traffic from the Capitol and nearby state offices more than customers in cars — parking, as with his downtown spot, is fairly limited.

Meanwhile, he has been consulting with the folks who operate the Union Plaza Building about a possible first-floor redesign that would allow him to expand into nearby space currently occupied by a currently under-used lobby seating area. It's still in the "I need to consult an architect" stage, but it would allow him to knock out the current glass walls enclosing the current space (once occupied by Sufficient Grounds) and double his seating capacity. 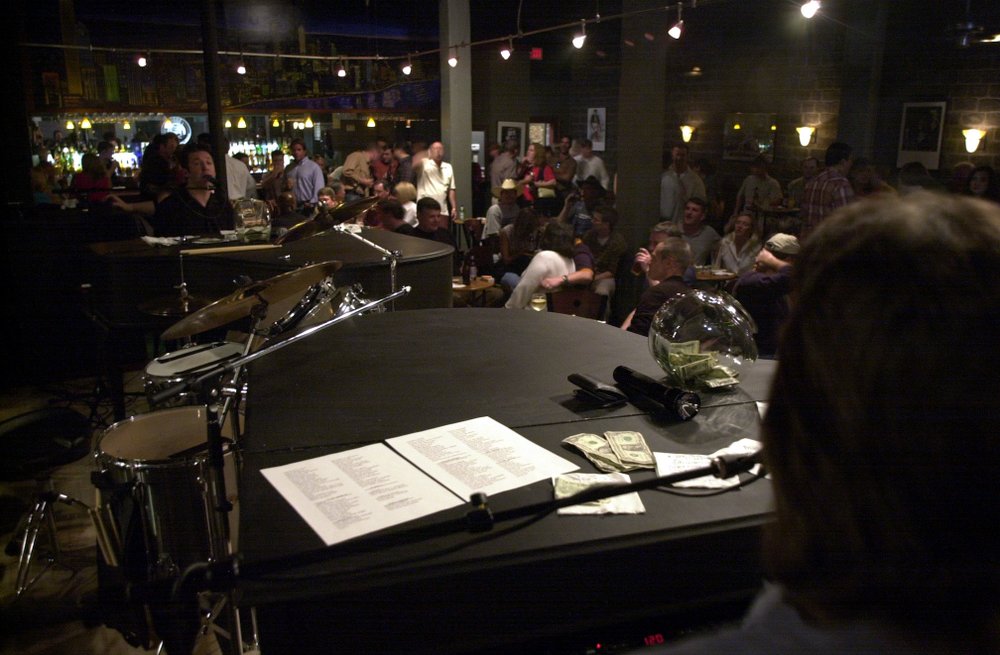 It was standing room only for opening night at Ernie Biggs in the River Market in 2003. The dueling piano bar closes Saturday night. (Democrat-Gazette file photo)

Saturday will be the last night of operation for dueling piano bar Ernie Biggs, 307 President Clinton Ave. in Little Rock's River Market District. The bar, shuttering after nearly two decades in business, posted Dec. 19 on its Facebook page (facebook.com/ErnieBiggsLittleRock) a thank-you to customers and informing them that "Ernie Biggs' ownership has decided not to renew its lease at the end of this month" but did not provide any additional reason for the closure. From practically its beginnings in 2003, it has been competing in the River Market with a similar business, Willy D's, which also has a location in Fayetteville. And there's also an Ernie Biggs in Springfield, Mo.

And in the same River Market block, The Library Kitchen + Lounge has pushed back its target to open to Jan. 8 in the former Gusano's space, 313 President Clinton Ave.; owner Rob Byford says he's giving his staff a little extra training time. We'll hopefully update you next week on operating hours. The phone number is (501) 916-9825, and the Facebook page is facebook.com/thelibraryLR.

Last week marked the closing of Sandy's Homeplace Cafe, which in July 2018 marked its 40th anniversary in a little yellow house at 1710 E. 15th St., Little Rock. "I'm retiring. I'm old," says owner, cook and namesake Sandy Woods to our Nyssa Kruse. Woods plans to spend more time with her grandkids. "I was going to retire six years ago, and then I was still enjoying my job. So I decided that I'd stay until I got tired of cooking," she said. "And I'm tired of cooking, so I'm through." After her announcement that the place would close before the end of this year, the number of her lunch customers doubled on some days to almost 200.

The North Little Rock Convention & Visitors Bureau tells us Mr. Cajun Kitchen & Catering is opening soon at 606 N. Olive St., North Little Rock. Hours, we're also told by one of our eagle-eyed correspondents, will be 11 a.m.-8 p.m. Tuesday-Sunday, but we don't yet have any other details or a way of confirming that one.

Mercado San Jose Grocery & Bakery Store, 7411 Geyer Springs Road, Little Rock, has opened a second Little Rock location at 106 S. Rodney Parham Road, which had previously housed The Water Buffalo. Unlike its southwest Little Rock progenitor, it does not have a taqueria or vend prepared food, but we got a couple of really nice boîtes there the other day. Hours are 9 a.m.-10 p.m. daily. The phone number is (501) 353-1961.

An ad agency representing Walk-On's Sports Bistreaux, previously known as Walk-On's Bistreaux & Bar, tells us the target opening date for its new Conway franchise outlet, 955 S. Amity Road, is Jan. 13. Hours will be 11 a.m.-11 p.m. Sunday-Thursday and 11 a.m.-midnight Friday-Saturday. We're awaiting confirmation that the phone number is, as has been provided to us, (501) 399-4511.

And Little Rock polled 39% in public voting to snare the title of "America's Next Top Foodie Destination 2020" from the Chicago-based Foodie Flashpacker blog. The list of 33 "off-the-beaten-path destinations where travel bloggers say they have found some of the best food across the country" included Portland, Maine; Ridgeland, Miss.; Walla Walla, Wash.; Torrance and Costa Mesa, Calif.; Durango, Colo.; Huntsville, Ala.; and Naples, Fla. The blog's description of the Little Rock foodie scene dwelt almost entirely on cheese dip, including that Little Rock is home to the World Cheese Dip Championship. Voting took place last week Dec. 16-22 at foodieflashpacker.com/americas-next-hottest-foodie-destination-2020.