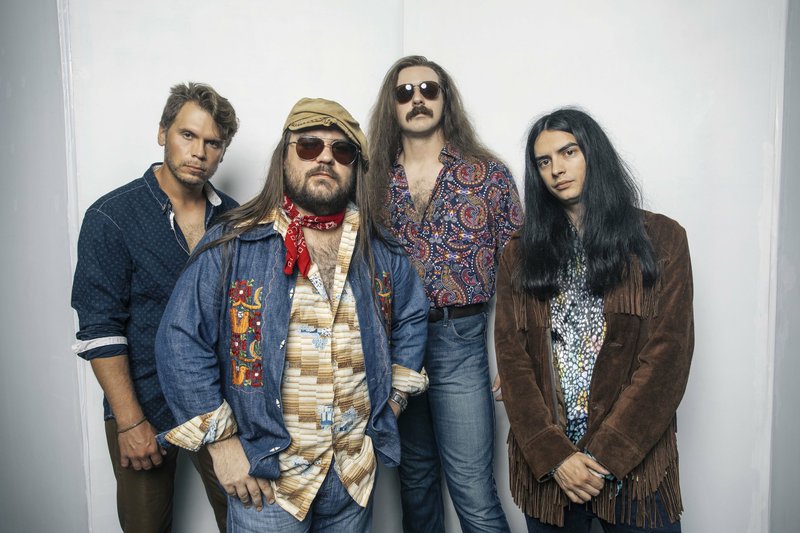 If you've been looking for some rock 'n' roll — like, you know, fun, fist-pumping, loud guitars, driving rhythm section rock 'n' roll — then Second Wind, the new record from Little Rock's deFrance, ought to scratch that itch.

“Keep the Night on It” by deFrance

Singer deFrance references a Lynyrd Skynyrd line on opening track "Keep the Night on It," a strutting celebration of rocking out through endless nights. Horns show up for the barrel-house swing of "Angel," and "Runaway Heart" has a catchy, Tom Pettyesque shimmer.

The band later toys with country-tinged pop-rock on "Stir Crazy" and gets experimental with the closer "I'm Blue (but Not Because of You)."

Talking about Second Wind, band namesake Drew deFrance, 32, says: "Everything is within the Americana, Southern rock, boogie, rock 'n' roll frame, but it does stretch at times, like at the end of the record on 'I'm Blue (but Not Because of You).' I got my George Martin fix on that one. I got to do some Abbey Road, Pink Floyd-type stuff on that."

It's the kind of record that can make a person remember the days of popping a cassette in the boombox and playing air guitar in front of the bedroom mirror.

DeFrance comes by his love for classic rock honestly. Growing up in Camden, he regularly plundered the record collection of his parents, Chris and Sally deFrance.

"Mom and dad always had a great record collection," he says. "It was mainly '60s-'70s rock 'n' roll and the Americana, folk rock from that time like John Prine; Jackson Browne; Crosby, Stills and Nash; James Taylor."

He picked up his mom's acoustic guitar when he was 13 and started playing along with songs on records and what he heard on the radio.

DeFrance and childhood friend Stratton Curry moved to Austin, Texas, where they played in that fertile music scene and deFrance studied audio engineering at Media Tech.

"It was a big learning experience," he says. "I learned a lot about the music business, about being in a band, and about touring and playing gigs. It was the beginning, I guess, of deFrance the band."

After Home, the group shopped around for a label and gathered four albums' worth of material. After a few near-misses on the record-deal front, deFrance, the group's chief lyricist, says he was ready to continue the DIY route.

Since there is so much music in the can, deFrance has plans for another LP early next year and, of course, plenty of shows.

"We hope to see everybody at Stickyz," the singer says. "It's one of our favorite places to play, and it will be a wonderful night. Long live rock 'n' roll."