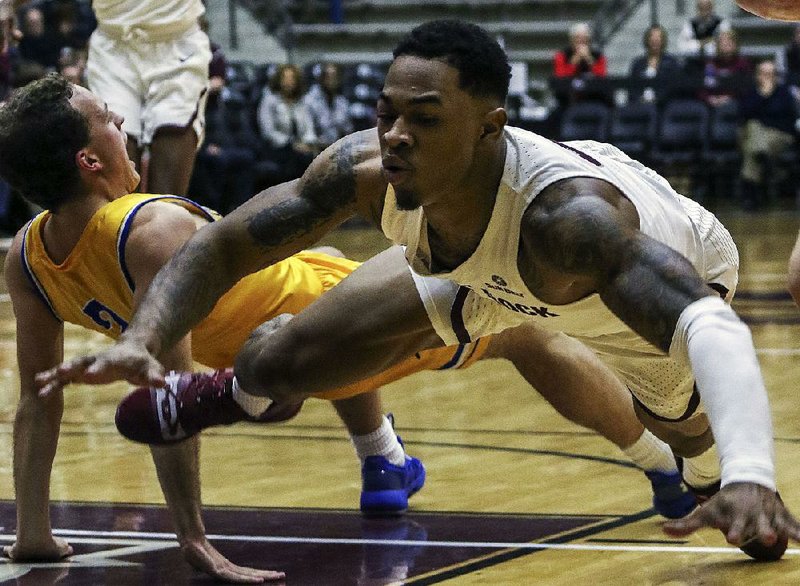 FILE — UALR guard Rayjon Tucker (right) and Southeastern Oklahoma State guard Adam Dworsky fall to the floor after Tucker was called for a charging foul during the Trojans’ 101-92 overtime victory on Nov. 8, 2018 at the Jack Stephens Center. ( Mitchell PE Masilun)

Former University of Arkansas at Little Rock guard Rayjon Tucker signed a guaranteed contract for the rest of the season with the Utah Jazz on Thursday.

He is the ninth player in program history to sign a deal with an NBA franchise, and the first since Shane Edwards signed a midseason deal with the Cleveland Cavaliers during the 2013-14 season.

Tucker averaged 23.8 points, 4.6 rebounds and 2.8 assists per game in 16 games for the Wisconsin Herd, the NBA G League affiliate of the Milwaukee Bucks. He was shooting 49.4% from the floor and had scored 30 or more points in each of his past three games.

Tucker averaged 20.3 points and 6.7 rebounds for the Trojans last season and was a second-team all-Sun Belt Conference selection.