Dallas dropped from suit over death of Harding grad 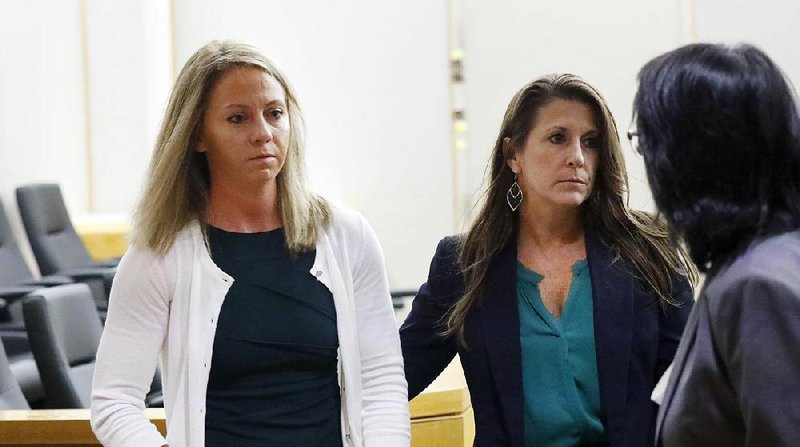 DALLAS -- The city of Dallas won't be held liable for the death of Harding University graduate Botham Jean, a federal district judge has ruled.

U.S. District Judge Barbara Lynn this week dismissed the city from a civil lawsuit filed by Jean's family. Jean, a black man from St. Lucia who was living in Dallas, was killed in his own home by Amber Guyger, a white off-duty police officer, in September 2018.

Although the lawsuit did not seek a specific amount, Guyger is now the only defendant in the civil lawsuit filed in 2018.

Guyger was still in uniform when she shot Jean using her service weapon Sept. 6, 2018. She said she believed she was in her own apartment. She was later fired from the department. In October, Guyger was found guilty of murder in Jean's death and is serving a 10-year sentence.

The two-week trial captivated Dallas and the world as it renewed focus on white officers shooting unarmed black men.

Jean's family argued in their civil lawsuit that Jean's death was a result of a pattern of excessive force by Dallas police and that better training could have prevented his death.

"By simply following proper police procedures and the best police practices and not the protocol of the DPD to 'shoot first and ask questions later', Defendant Guyger would have not shot Jean," the lawsuit read. "Essentially, Officer Guyger was ill-trained, and as a result, defaulted to the defective DPD policy: to use deadly force even when there exist no immediate threat of harm to themselves or others."

The city countered that the lawsuit failed to provide evidence to their claims and could not prove causation.

Before Lynn's decision, a magistrate judge agreed with the city and suggested it be dismissed from the lawsuit. Legal experts said that because Guyger was off duty, a lawsuit against the city was unlikely to be successful.

Daryl Washington, the Jean family's lawyer, said he had not reviewed the latest court documents. However, he maintained that Guyger acted and was treated as an on-duty officer at the scene of the crime and therefore the city should be held accountable. He also referenced testimony at the trial, where Guyger and others talked about police training in response to threats.

"There are a number of things that Amber Guyger did not do or said she did not recall how to do," he said. "If this stuff was drilled into police officers, we would not have people saying they weren't familiar with deescalation practices."

The lawsuit was filed by Jean's parents, Allison and Bertrum Jean, and his sister, Allisa Findley.

Dallas bucks the national trend in holding police officers accountable for murder. Since 2016, four Dallas-area police officers have been indicted on murder charges. Guyger was the third to be sent to prison.

In an interview published this week in The Dallas Morning News, Allison Jean said healing hasn't been easy but that she wants to move on.

"I have no hatred toward Amber Guyger," she said. "It's time to focus on me and heal in the best way I know how."

Jean grew up in St. Lucia but came to the United States to attend college at Harding University, the largest private university in Arkansas with about 5,000 students representing 50 states and 50 foreign nations and territories.

Jean was a member of the Good News Singers, a resident assistant and an intern for the Rock House campus ministry during his time at the university, which is located in Searcy. He frequently led worship during chapel services and was known for his powerful song leading.

Jean moved to Dallas after graduation and worked as an accountant at PricewaterhouseCoopers.

The Paul R. Carter College of Business Administration at Harding University and PricewaterhouseCoopers set up the Botham Jean Business Scholarship after Jean's death. The scholarship supports students from historically under-represented populations who are pursuing degrees in business. 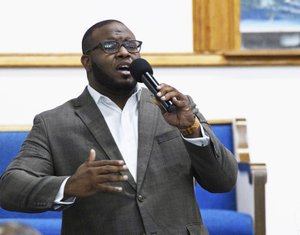