Treasure hunt: A maker's label would help with valuing this china cabinet 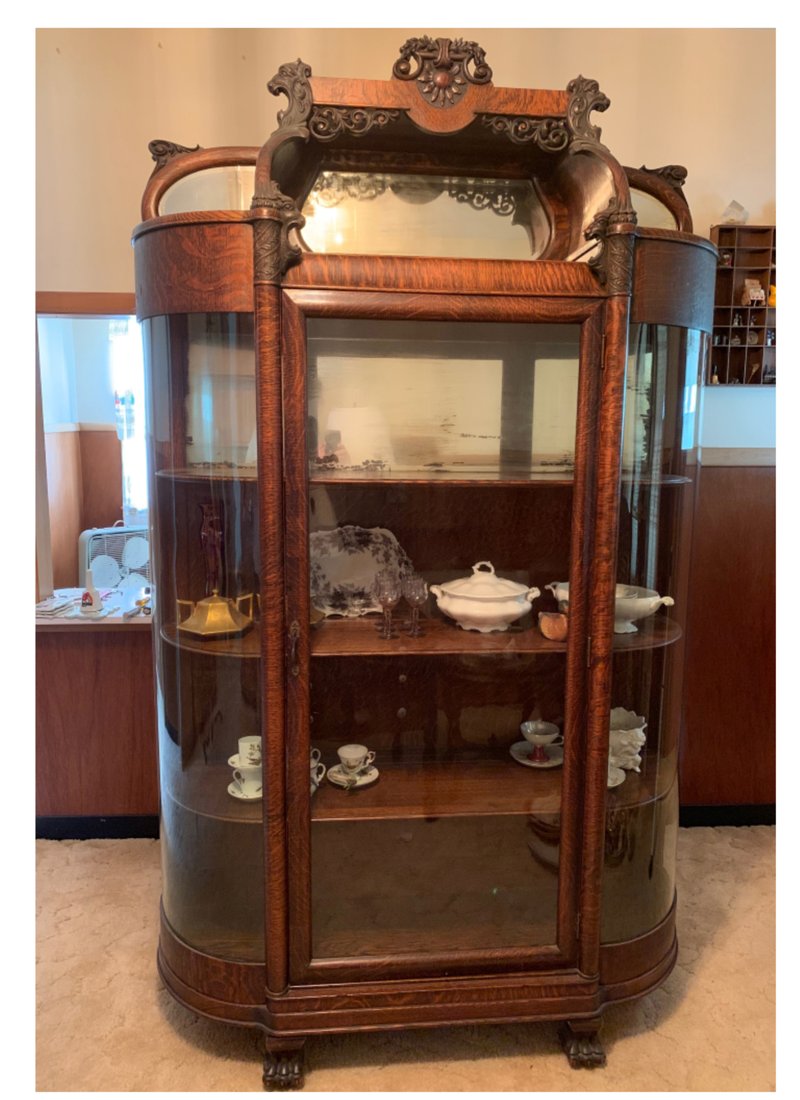 Does this curved glass cabinet have a maker's label? (TNS/Handout)

DEAR HELAINE AND JOE: I am trying to find information on this piece, which I recently inherited. I have looked on the internet and have gotten lots of suggestions, but I am looking for value and the actual identification of the piece. Any information would be greatly appreciated.

DEAR A.P.: To identify a piece of furniture, you need a maker's label or, at the very least, really strong stylistic clues that can narrow a piece down to a specific craftsman or factory.

Unfortunately, this lovely and attractive early 20th-century (circa 1910) curved glass china cabinet does not have strong clues. But it does have some echoes that can help us narrow down its origins. First, A.P. needs to examine her piece for a label. The one we are hoping she might find would read something like "R.J. Horner 61, 63, 69 W23rd Street N.Y."

Finding such a label would increase the cabinet's value significantly, but we do not think she will actually find it. Robert J. Horner established his furniture emporium on 23rd Street in Manhattan in 1886. He made and sold furniture to wealthy New Yorkers, but he did not ignore those of more moderate means. His advertising touted "first class and medium quality furniture."

He was known for his quarter-sawn tiger oak that was lavishly decorated with extensive bands or areas of shallow carvings coupled with 3-D figures such as griffins, gargoyles, cherubs and mythological figures such as Atlas and caryatids. He was also known for using paw feet similar to the ones on the china cabinet in today's question.

The china cabinet also has bands of shallow carvings at the top of the columns on each side of the door, but they are rather subdued compared to most of the shallow carvings found on signed examples of Horner furniture. There are also roaring animal heads (possibly griffins) on the crest and on the column capitals, but these too are a little subdued and not as full bodied as we might expect.

The crest has some rather restrained pierced tracery and a gadrooned sun crest that is very attractive, but again is a little less lavish than might be expected on Horner furniture. In summation, all we can say is in the absence of a label, the piece appears to be in the style of Horner's furniture (probably from his medium quality line), but it might be by another maker copying Horner's successful style.

This is an above average curved glass china cabinet. If it is Horner, it was probably made after the 1904 fire that destroyed part of Horner's furniture factory but before he moved to 36th Street in 1913. The dates also work if someone else was inspired by Horner and made the piece. At auction without a label the cabinet should sell in the $1,000 to $1,300 range and have an insurance replacement value of $2,000 to $2,500. A label would come close to doubling these figures.