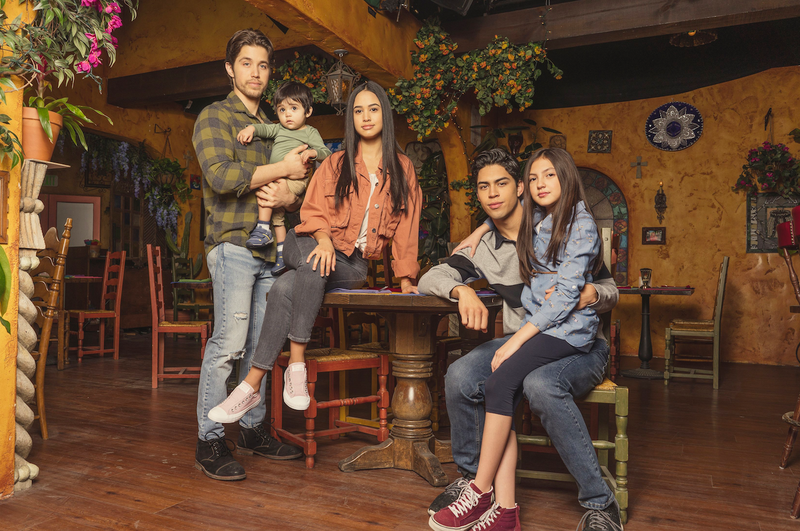 CASTAIC, Calif. -- It was midscene, and the writers of the Party of Five reboot were huddled between takes in the parking lot of a stucco and rock clad-motel outside Los Angeles. The low-lying hills surrounding the location, chosen to resemble a town in northern Mexico, glowed in the amber afternoon sunlight. The writers were stuck on a word.

After some murmuring another called out, "But we're not in Spain!"

The show's writers draw from diverse and divergent backgrounds -- with roots in Spanish-speaking countries stretching from Colombia to Mexico -- and no one could settle on the correct pronunciation. With little time to spare, they made a decision: They would shoot the word both ways, guaranteeing themselves, if nothing else, at least one authentic option.

It's the kind of nuance the original Party of Five, about a white family of five brothers and sisters forced to raise themselves after the death of their parents, might have innocently skated over when it debuted in 1994. Back then, American TV shone with a veneer of peak optimism. The era's most popular shows centered on mysteriously affluent and mostly white urban dwellers drinking bottomless cups of coffee. Like most mainstream art of the time, it was essentially devoid of politics.

But in 2019, divisive policies like Muslim bans and family separation have made it harder to create a family TV drama in a bubble. So when the creators of Party of Five decided to reboot it now, there was a feeling that they needed a different approach.

"When you read on the front page that kids are having to raise themselves because their parents are taken away from them, well that's a reason to tell the story again," said Amy Lippman, a creator of the original series and the reboot. "Because it's actually happening."

Spurred by a desire to engage that issue, the creators chose to fundamentally alter the premise: In the original, which aired on Fox for six seasons, the Salinger parents died in a collision with a drunken driver. In the reboot, which debuts Jan. 8 on Freeform (freeform.go.com), the Salingers would be replaced by the Acostas, five brothers and sisters whose immigrant parents are deported to Mexico. (The pilot will appear exclusively on Hulu on Wednesday.) Once again, the children would have to get by on their own.

Michal Zebede, a co-executive producer and writer on the series who is of Panamanian and Costa Rican descent, argued that the timeliness of the reboot set it apart.

"This is an opportunity to really get into the perspective of a group of people in this country that has been marginalized -- and on many occasions villainized -- and just show they are people, too," she said.

The original Party of Five had no shortage of gut-wrenching drama, but it was born of a different impulse. Fox's Beverly Hills, 90210, which debuted in 1990, was a monster hit. 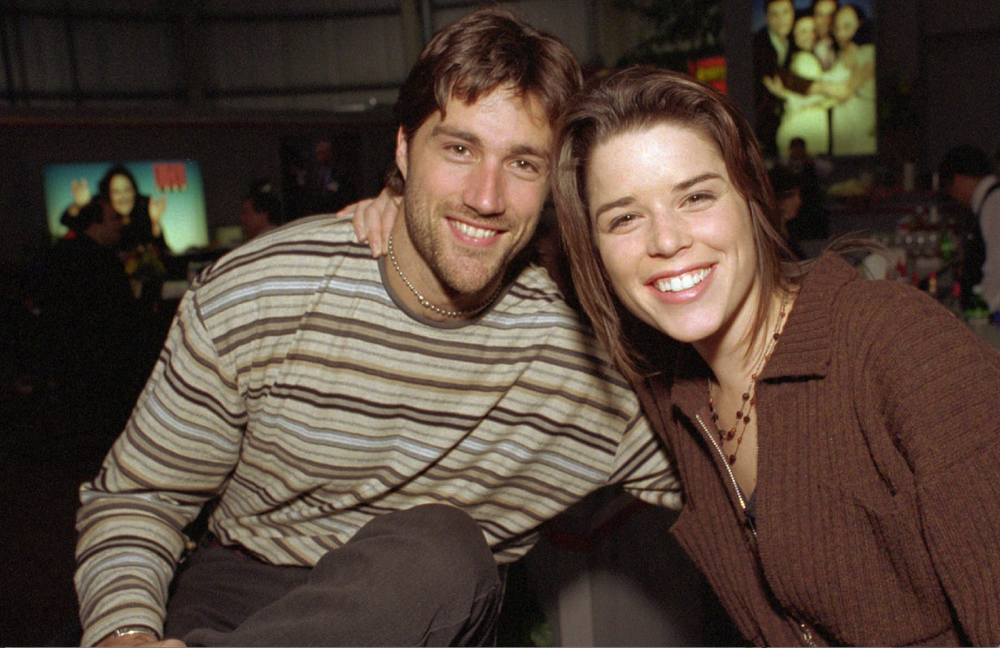 Matthew Fox and Neve Campbell of the FOX series Party of Five, which aired in the 1990s. (AP)

Fox wanted a show about "kids living on their own without guardians, woohoo party," Lippman said. "We said: 'We can't write that show. It's going to be much more somber.'"

What Lippman and her fellow creator, Christopher Keyser, offered instead was a gripping and earnest show that won a Golden Globe for best TV drama in 1996.

The series bubbled with soapy plots and scenes of unorthodox child-rearing, featuring characters that a generation of TV watchers came to love: The eldest son, Charlie (Matthew Fox), was a juvenile, womanizing 20-something forced to take responsibility for his siblings and help run the family restaurant. The second son, Bailey (Scott Wolf), was the glue who kept the family tight until his alcoholism almost destroyed it. Julia (Neve Campbell) had a penchant for bad romance. And the precocious Claudia (Lacey Chabert) watched her innocence slip away as she was forced to shoulder grown-up issues -- like helping raise an infant brother.

The five Acosta children encounter their own constellation of struggles -- some similar to the Salingers', others unique to their complicated immigration story. In the pilot, their parents, Javier and Gloria (Bruno Bichir and Fernanda Urrejola), are arrested by Immigration and Customs Enforcement officers at the restaurant they successfully own and manage. Nearly a quarter-century earlier, we learn, the couple crossed a scorching Mexican desert to illegally enter California, bringing their then-infant son, Emilio, with them.

"They came here with a super-young baby and a dream," said Urrejola, a Chilean native. But they spent their whole time in America carrying around that fear of deportation, she added, "even though they're here 24 years with a business and family."

After making a home in Los Angeles, Javier and Gloria have four more children. Each is an American citizen, but the situation for Emilio is different: He is one of roughly 800,000 immigrants known as Dreamers, who came to the country as children and were granted temporary protection and work permits under the Obama administration's Deferred Action for Childhood Arrivals program, or DACA.

In September 2017, President Donald Trump announced he was terminating the program. The fate of DACA now rests with a conservative-leaning Supreme Court, which in November signaled it was not likely to overturn the president's decision.

The precarious status of Emilio, the family's only adult child -- and thus, the only one empowered to keep his siblings out of foster care -- means that even quick family visits to Mexico are almost certainly impossible.

"Emilio being a DACA kid comes with a lot of baggage," Brandon Larracuente, who plays Emilio, said. "In the United States, he has to be on his best behavior to avoid being deported. For example, a lot of the workers at the family restaurant are undocumented; if ICE gets wind of that, he could lose his DACA status."

In terms of character development, the first Party offered an already proven template -- fans will notice there's more than a wink to the original. Emilio is a rakish homage to Charlie. His younger brother Beto (Niko Guardado) is a tender throwback to Bailey, and his twin, Lucia (Emily Tosta), has the fervor of Julia. Valentina (Elle Paris Legaspi) is just as bright and optimistic as Claudia. And like their predecessors, they all have to take care of a baby, this one named Rafael.

But building the new series around family separation presented new challenges, beginning with the fact that its creators, Lippman and Keyser, were neither immigrants nor Hispanic. A desire to credibly dramatize the issue's psychological complexities shaped how Lippman staffed the writers' room.

"That insecurity, I don't know it," acknowledged Lippman, who is also the series' showrunner. So she hired people with more than just great storytelling chops, including writer Mary Angelica Molina, who moved from Colombia to New York at age 10.

"Being somewhat militant about wanting to tell stories from my community and my perspective, I sometimes see reboots as a way to perpetuate a narrative that I am not interested in," she said.

Within minutes of meeting Lippman, however, Molina understood this new version would not only sidestep the typical reboot trajectory but also ensure that the Acostas' story was told by writers who looked like her.

"She was coming at this from a very honest place," Molina said of Lippman. "Her intention was to use her brand -- a thing she had created and built -- in order to create a pathway for people like me to tell those stories."