Red Shoe Crew's supporters wear their hearts on their feet 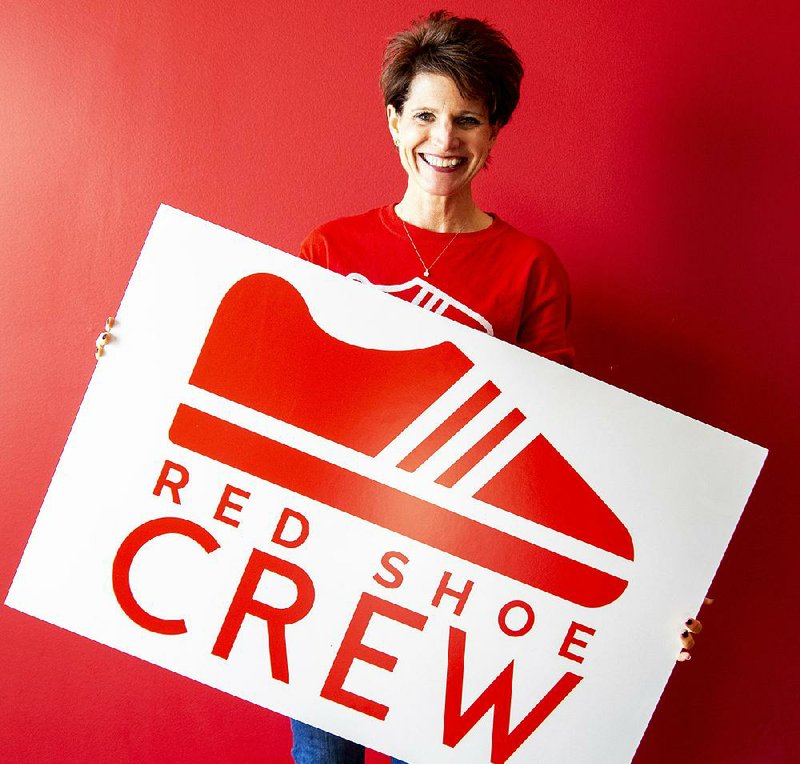 Michelle Rupp was working for a TV station in Charlottesville, Va., one Memorial Day weekend, and her brother and his family from Little Rock were vacationing in Orange Beach, Ala., when his wife went into labor nine weeks early.

She was rushed to a hospital in Pensacola, Fla., where she delivered Rupp's niece prematurely, and the brother and two young sons stayed in the Pensacola Ronald McDonald House until the grandparents could collect the kids.

The brother remained there for the four or five weeks until the infant could be transferred from the neonatal intensive care unit to Arkansas Children's Hospital.

Rupp wanted to do something to show her appreciation for the Ronald McDonald House in Pensacola and settled on publicity on the nonprofit's good works.

"I thought, 'We should tell your story, get the word out about the kindness and generosity and hospitality that this organization does in taking on families in need."

Now that her niece is 6 years old and Rupp, a former reporter for KATV, is a public relations professional in Little Rock, she is heading the newly established Red Shoe Crew, operating under the umbrella of Ronald McDonald House Charities of Arkansas.

Sign up in the next couple of days -- by Tuesday, actually -- and get a substantial discount on your dues. There's a three-tiered membership: the first tier, $35, involves a certain amount of active commitment; if you have more money than time, you can sign up for the second tier ($50) or the third tier, $100, if, say, you live out of state "or you love the mission but can't actually be involved," Rupp says. All members get a T-shirt.

Starting Wednesday, membership dues rise to $83 (the actual cost of a night's stay at the Ronald McDonald House), $100 and $125.

"It's a brand new adventure," says Rupp, the group's president. The crew got its start in June. Its first big event, an Oktoberfest get-together, happened in October.

The group does some fundraising; has created what they call a supper club -- preparing a meal for residents every other month (they've taken over the kitchen at the house, 1501 W. 10th St., on the edge of the Children's Hospital campus, on nights in August, September and November) and "provides a pool of volunteers for when the house needs volunteers," Rupp says.

The official mission (rmhcarkansas.org/red-shoe-crew.html): "to engage, empower and inspire individuals to build awareness and expand the circle of friends for Ronald McDonald House Charities of Arkansas ... with a collective goal to raise resources, broaden the volunteer base, and enhance awareness."

The first membership meeting in January will include a tour of the house and a chance to talk to parents staying there while their children are receiving care at Arkansas Children's Hospital.

There are similar Red Shoe groups -- the name derives from the big red shoes on the feet of the McDonald's hamburger chain's clownish mascot -- supporting Ronald McDonald Houses in other parts of the country. Rupp got involved with the one in Charlottesville and a member of this group's board had been involved with one in Fort Worth.

Members have the opportunity to network and there's a social component -- Rupp says the group will meet three times each quarter, one of those meetings at the house. At an earlier get-together, members sipped on a local brewery's specially created Red Shoe Ale and there was a recent fundraiser at Civil Axe Throwing in downtown Little Rock.

"You don't know the Ronald McDonald House is there until you need it," she says. "People need to know there is help nearby." 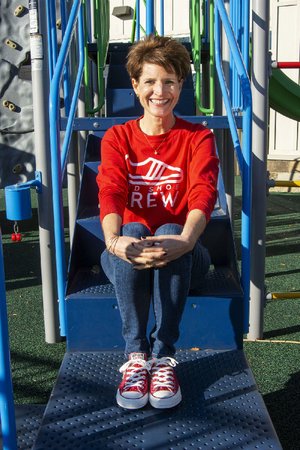