U.S. adviser notes efforts on North Korea, suggests ‘gift’ may not be on way 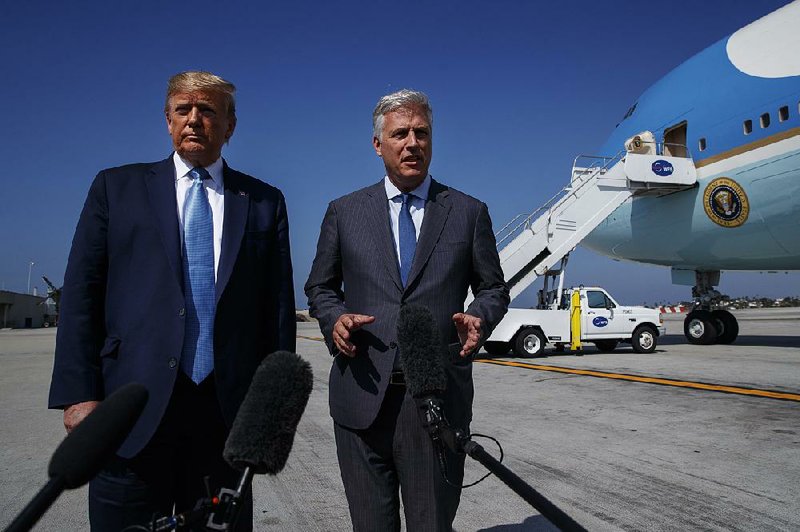 "Multiple administrations, Republican and Democrat, have dealt with this situation without success over the years," O'Brien said of North Korea during an interview on ABC's This Week. "President Trump took a different tack with personal diplomacy, and so far we've had some success."

"They have a good relationship personally," O'Brien added of Trump and Kim. "So perhaps [Kim has] reconsidered that, but we'll have to wait and see."

"We'll reserve judgment, but the United States will take action as we do in these situations," O'Brien said. "If Kim Jong Un takes that approach, we'll be extraordinarily disappointed and we'll demonstrate that disappointment."

Trump has touted his outreach to Pyongyang, and his personal ties to Kim, as a foreign policy triumph. Kim and Trump have met three times -- a first for any sitting U.S. president -- and the two regularly praise each other.

O'Brien declined to discuss whether the U.S. and North Korea have had recent discussions, beyond noting that "channels of communication" were open. Time will tell whether Trump's approach works, he said.

[Video not showing up above? Click here to watch » https://www.youtube.com/watch?v=VYqO10cPTuo]

"The president has no illusion that this is a very dangerous, concerning matter," O'Brien said. "It was dangerous when he got there, and he's tried to de-escalate tensions and get to the point where Kim Jong Un will actually live up to his commitments."

But Sen. Ben Cardin, D-Md., said he's seen little progress from Trump's efforts and that Kim needs to announce that he plans to give up his nuclear weapons.

"The meetings with the two leaders have produced very little in the denuclearization of the Korean Peninsula," Cardin, a member of the Senate Foreign Relations Committee, said on Fox News Sunday.

While Trump in 2018 claimed that North Korea was "no longer a nuclear threat" and that he and Kim "fell in love," a deal between the two countries has remained elusive. Neither side can agree on the terms of disarmament or U.S.-imposed economic sanctions. Meanwhile, the Asian nation has continued to conduct missile tests and build its nuclear arsenal.

North Korea suggested a "Christmas gift" would be forthcoming after demanding additional concessions as part of the stalled nuclear talks. Earlier this year, Kim's regime set a Dec. 31 deadline for a breakthrough. Trump has downplayed any threat, saying on Christmas Eve that the U.S. will "deal with it" and joking that Kim's "gift" could be a "beautiful vase."

Earlier Sunday, North Korea announced that a meeting of top party officials was in session ahead of the self-imposed deadline to end nuclear talks with the U.S.

The meeting, called by Kim, was convened to discuss the "harsh trials and difficulties" the country faces "in the building of the state and national defense," the state-run Korean Central News Agency reported Sunday.

The news agency said that "important policy issues for new victory in our revolution under the present situation" were adopted as agenda items. The report provided no further details.

One of the highest decision-making bodies in North Korea, the Central Committee of the ruling Workers' Party usually rubber-stamps any policy proposed by Kim, who rules his country with totalitarian control of the party, the military and all other levers of power.

Kim is scheduled to deliver his annual policy speech on New Year's Day.

Kim is expected to threaten a harder-line approach to the United States during the Central Committee gathering and his New Year's speech. Analysts say that such a policy shift could presage more weapons tests and rekindle tensions on the Korean Peninsula in the coming weeks and months.

In recent weeks, North Korean officials have suggested that they have all but concluded there was little point in continuing negotiations. They also hardened their position, vowing to keep denuclearization off the table until Washington first revoked its entire "hostile policy," including ending joint annual military exercises with South Korea.

Officials also reverted to again calling Trump insulting names, such as a "dotard."

Information for this article was contributed by Steve Geimann, Susan Decker and Laura Davison of Bloomberg News and by Choe Sang-Hun of The New York Times. 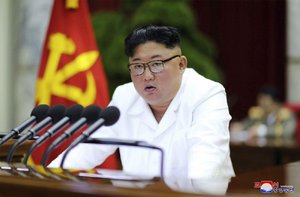 Print Headline: U.S. adviser notes efforts on North Korea, suggests ‘gift’ may not be on way