The year in food: Revered restaurants closed, new ones opened, and the foodie world noticed Little Rock in 2019 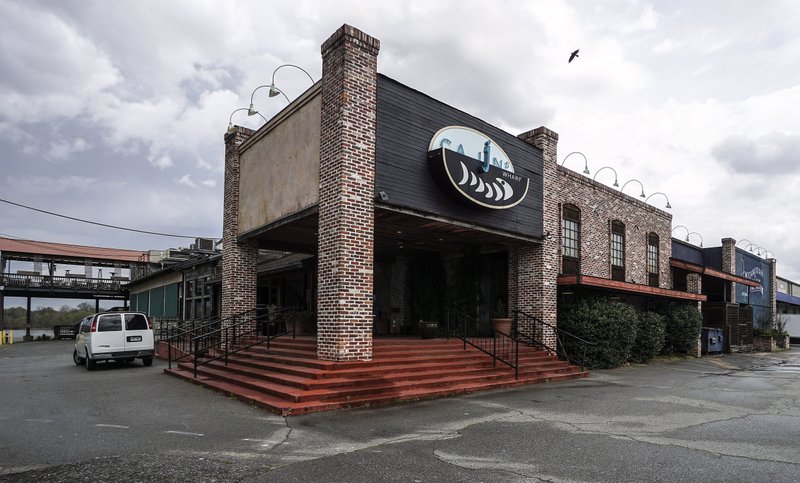 Flash: What was once called "the City of Roses" is now officially, or at least semi-officially, "America's Next Top Foodie Destination for 2020."

The fellow who operates the Foodie Flashpacker blog listed it among 33 "off-the-beaten-path destinations where travel bloggers say they have found some of the best food across the country," and 39% of his readers picked Little Rock over such culinary stalwarts a Portland, Maine; Ridgeland, Miss.; Walla Walla, Wash.; Torrance and Costa Mesa, Calif.; Durango, Colo.; Huntsville, Ala.; and Naples, Fla.

That should be no surprise for those who read this paper and its weekly Restaurant Transitions column. In this town, of course, eating out ranks near, if not at, the top of going-out options.

So, here's our annual summing-up — highlights, low-lights and taillights, as we've said before — of what came and went in the rapid-fire Central Arkansas restaurant business, a recap of a year's worth of columns, derived from our electronic archive. We can't possibly revisit the entire 2,000-plus column inches of Transitions, so we're admittedly cherry-picking and some important items will no doubt be cherry-chopped.

Except as otherwise noted, the addresses of all restaurants are in Little Rock. Antacids are optional. 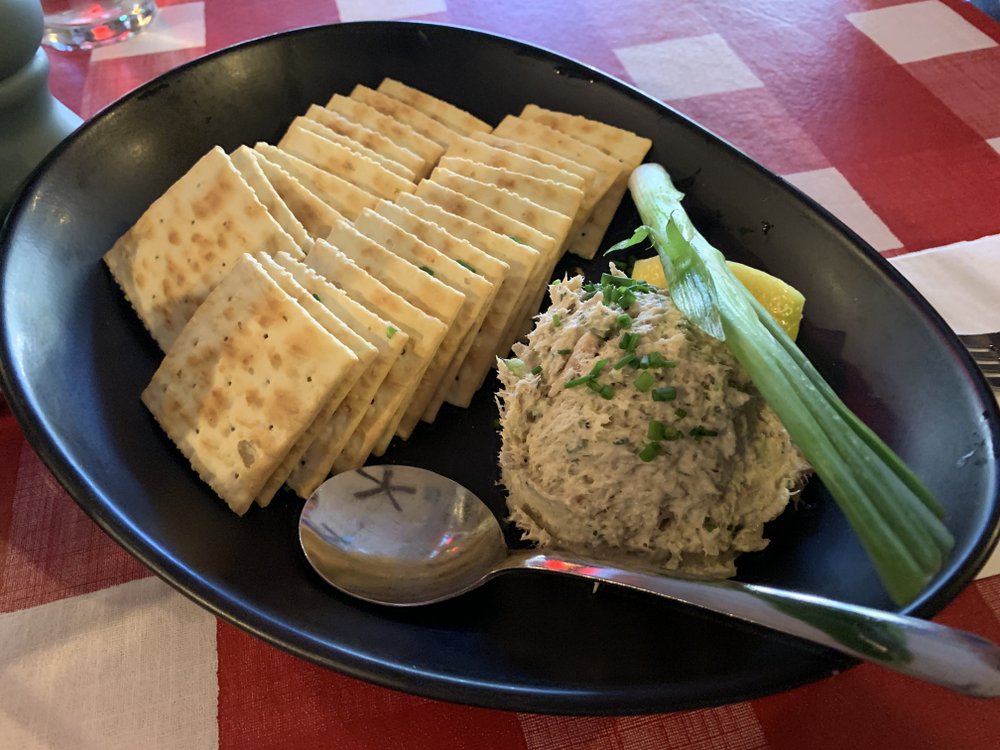 The Smoked Fish Dip has been a popular new appetizer at the Oyster Bar. (Arkansas Democrat-Gazette/Eric E. Harrison)

The year's biggest landmark casualty was unquestionably Cajun's Wharf, which operated on Cantrell Road in Riverdale for more than four decades (including the few years when it was part of the Landry's chain).

June 1 was the date owner Mary Beth Ringgold set for closing, a month before the expiration of the lease she decided not to renew, but she had to shut it down a day earlier because heavy flooding along the Arkansas River, which it overlooked, swamped the parking lot. A couple of weeks later, three burglars broke in and stole money and whiskey and took a hatchet to routers and some computer components.

Alex Blass, a principal at Sage Partners whose family operates building owner Capital Properties, said in October he was finalizing a lease with a Houston group for a restaurant-entertainment complex that "Little Rock will be very excited to have." Timeline for completion and opening, construction and permitting, would be next summer or fall. However, no news on that, exciting or otherwise, has surfaced since.

Also in October, Ringgold, who had announced plans to continue operating her two other Capers Group restaurants — Capers on Cantrell Road in west Little Rock and Copper Grill on Third Street downtown — said she and her partners had sold Copper Grill to long-term Cajun's general manager Dan Kovach and a business partner. Kovach says a new menu will show up early in the new year; in the meanwhile, he has revived several Cajun's Wharf specialties there, including the crab au gratin, oysters Bienville and the Boston Casserole, and added fresh-fish specials (the "special overnight fresh-seafood program" that he instituted at Cajun's, through New York's Fulton Fish Market).

Shock waves rippled outward at the surprise early-September shutdown of the Franke's Cafeteria in the Regions Center Building at 400 W. Capitol Ave. — in the midst of the venerable business' centenary celebration. Owner Abraham Delgado, the former Franke's general manager who bought the cafeteria mini-chain from the Franke family in August 2018, would not comment at the time and has not commented since. The Franke's at 11121 N. Rodney Parham Road in west Little Rock and one in Conway, which opened in May in the former Dixie Cafe at 1101 Fendley Drive, continue to operate.

The September handover of the Oyster Bar, 3003 W. Markham St. in Stifft Station, from retiring owner Virginia Boyd to new owner Chris Tanner, co-owner of Cheers in the Heights and Samantha's Tap Room & Wood Grill, had nearly the same earth-shifting impact. Tanner has added to the wine list and has been gradually instituting physical and menu renovations, including upscaling (no pun intended) the seafood offerings, fresh and fried, with consequent price increases that have been riling some longtime customers. He's replacing the tables (say goodbye to the red-checked tablecloths) and beat-up floor, is adding kitchen equipment (in all its years of operation, he has noted, it never had an oven) and plans a genuine oyster bar, with fresh oysters deriving from three coasts instead of just one.

Burger fans went absolutely ape at the January news release that announced the partnership between Arkansas native Perry J. Smith's Minute Man AR Mgmt LLC and "Minute Man Restaurant of El Dorado, Ark., solely owned and operated by Linda McGoogan," to revive the "legendary brand." The key phrase in the release was "initial plans" — to open three locations in the Little Rock and Conway areas; it did not, however, specify actual locations — or a timeline. Smith admitted that he was mainly seeking investors and that once he had those in place it would take at least 12-18 months before anybody caught a whiff of a Central Arkansas Minute Man burger.

In January, Gusano's, 313 President Clinton Ave. in the River Market, "closed for maintenance," but it became evident by the end of the month that it had closed for good. (So also passed owner Tim Chappell's plans to resurrect The Shack there.) Its successor, The Library Kitchen + Lounge, is set to open Jan. 8.

October saw the closure, after more than 40 years, of the Sports Page, 414 Louisiana St. Owner Eric Tinner told us the landlord wouldn't extend his lease and had plans to remodel the space. The restaurant's signature burgers were supposedly lineal descendants of the ones at the now-defunct Band Box (since revived as The Box).

Casey's Bar-B-Q, 7410 Cantrell Road, closed in September. The revival of the original Casey's on Reservoir Road didn't satisfy customers, who consistently complained via social media that it wasn't living up to their memories. Headed into the space in January: Hubcap Burger Co., an offshoot of Cotham's in the City on West Third Street.

Blair Wallace, a former account executive at CJRW, took over ownership in early July of Ciao Baci, 605 Beechwood St., from Suzanne Boscarolo, who said she would remain as a managing partner.

We're awaiting the opening of Hill Station, on the lot that formerly held Helmich's Auto Service, 2712 Kavanaugh Blvd. The shell of the service station has survived, augmented by a large extension stretching almost to street-side. At last check, hiring was in progress. 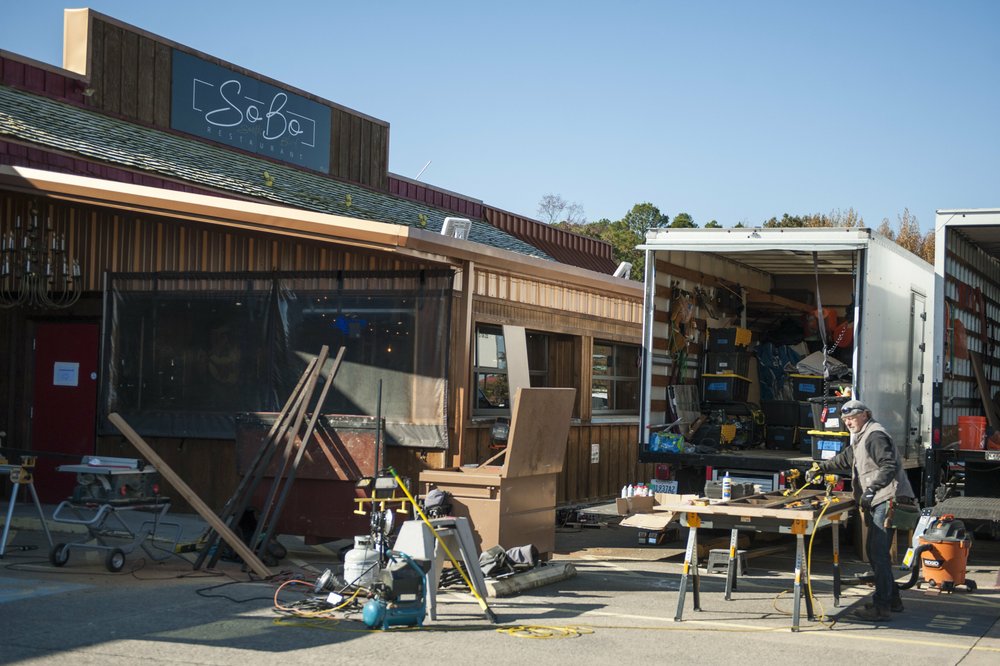 A set worker prepares a piece for Gordon Ramsay's 24 Hours to Hell and Back TV series at South Boulevard. (Arkansas Democrat-Gazette/Jeff Gammons)

Pizza D'Action, 2919 W. Markham St., which closed at the end of 2018, reopened May 30. Proprietor Minor Booth said he planned to revive the menu, including the famous Pizza D'Resistance and most of the sandwiches. It'll continue, however, to be a smoking establishment.

Joel Dunlap, son of the people who brought you Rocky's Pub in the Indian Hills Shopping Center, where North Little Rock meets Sherwood, resurrected the restaurant as Rocky's on Country Club at 117 Country Club Road, Sherwood, in what once had been a barbecue joint, selling genuine Philly steak sandwiches and a selection of pastas almost within sight of its original location.

SoBo (a contraction of South Boulevard) opened in mid-spring in the former GiGi's Soul Food Cafe and Lounge/Nashville Bar and Grill space, 10840 Maumelle Blvd., North Little Rock, next to Morningside Bagels. In November, it was one of a handful of area restaurants to get a makeover visit from celebrity chef Gordon Ramsay and his 24 Hours to Hell and Back show.

Leila King, who owns @ the Corner, took over a second corner over the summer: the former Andina Cafe and Coffee Roastery and Tuf-Nut Tap Room, 423 E. Third St. King is keeping the concept — she does say it will not be another @ the Corner — and the timeline close to her chest.

BLINK — YOU MISSED THEM

May 4 was the grand opening for Mama D's Diner in the revolving-door diner space at 250 E. Military Drive, North Little Rock. In July, the diner got worldwide attention when its "My Girlfriend Is Not Hungry" menu item (the kitchen would add to entree orders extra fries and a choice of fried items) went viral. But any boost it gave the diner was short-lived: It closed Nov. 24.

Zen Thai & Fusion, an offshoot of southwest Little Rock's Zangna Thai Cuisine, opened at the end of January. By the end of July, not only had it closed — its entire contents, including, apparently, the light bulbs, had vanished as though they had never been. 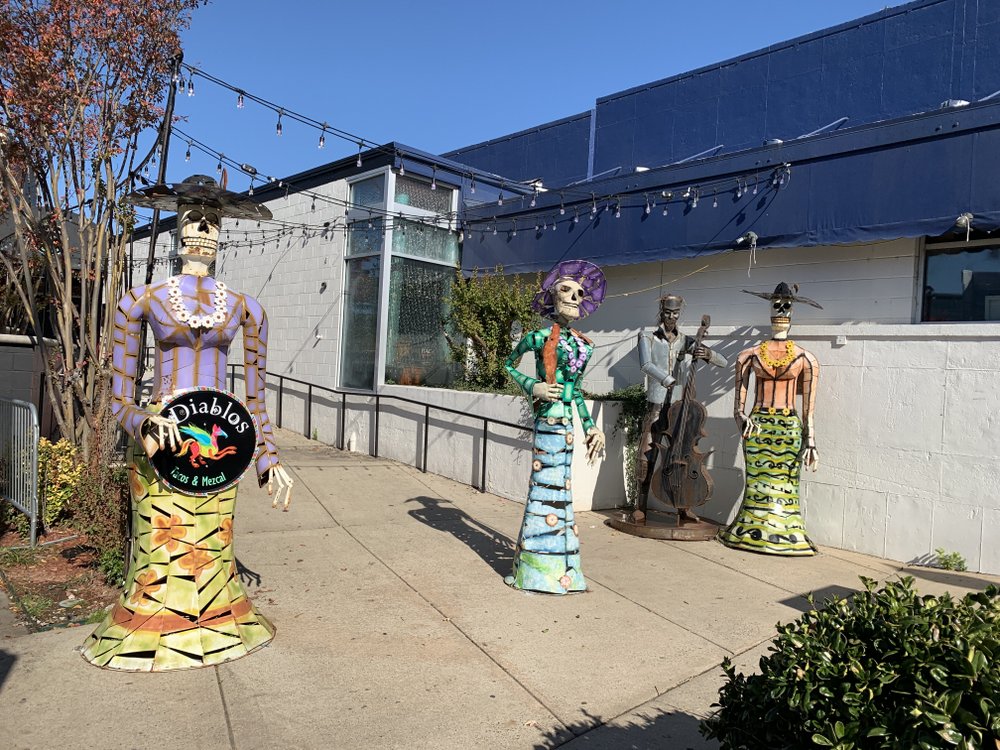 Baja Grill, which started out as a Benton-based food truck before taking over the space at 5923 Kavanaugh Blvd., will return to its Saline County roots, planning a location in the long-abandoned, under-renovation Palace Theater, 224 W. South St., in downtown Benton.

Another year has come and gone and we still — at least by last week's deadline — have not yet seen the opening of the A.W. Lin's second location at 307 Main St. Reportedly it'll finally debut in early January. The original location, in the Promenade at Chenal, 17717 Chenal Parkway, will remain open.

Lisa Zhang, owner of Three Fold Noodles + Dumpling Co., 611 S Main St., has long-term plans (as in two to three years to fully round up the financing) to redevelop a former antique store at 1509 Rebsamen Park Road in Riverdale into a restaurant and prep facility. In the meanwhile, Zhang opened a "pop-up" in its original Center Street location, vacated by Hanaroo, a Japanese-Korean-sushi restaurant that took it over in December 2017; Haybird Chicken has been serving Asian-style fried chicken and vegetarian alternatives. Its one-year lease is renewable in May.

The revolving-door space at 14524 Cantrell Road that has housed at least a half-dozen Asian and barbecue restaurants in recent years, revolved again — twice. In August, Asian Bar & Grill briefly converted into something called Infusion Bar & Lounge, apparently a hookah bar/music venue with a light Asian-fusion menu; as of the end of September, the storefront sported a "for lease" banner.

And Au Tran, who opened over a very short period of time three Little Rock outlets of Ohia Poke and, on Kavanaugh Boulevard in the Heights, That Ramen Place, closed them all in October.

Little Rock, which had been lacking a Jamaican restaurant, got two: Yeh Mon, in the Bowman Curve Shopping Center, 200 N. Bowman Road, and Taste of Jamaica in the Sturbridge Center, 10014 N. Rodney Parham Road, giving diners a choice when it comes to curried and jerk chicken, red beans and rice, curried goat and brown-stew chicken.

WRAPPED UP IN CHAINS

U.S. Pizza rebuilt its original restaurant at 8403 Arkansas 107, Sherwood; it opened in October. And franchisees Mark and Paula Lukas opened one about two weeks later in the Village at Rahling Road, 12 Rahling Circle, just off Chenal Parkway.

In North Little Rock, The Purple Cow opened a new branch in January at 4201 Warden Road. Not far away and also in January, LongHorn Steakhouse, opened in the former Sears Auto Center at 3911 McCain Blvd. Black Bear Diner opened an outlet Feb. 25 in the former Dixie Cafe in North Little Rock's Lakewood Village Shopping Center. And Central Arkansas got its first Raising Cane's Chicken Fingers on Dec. 5 at 4311 McCain Blvd.

And Cheba Hut, a Colorado-based sub-shop chain/franchise operation "branded" around a cannabis theme, announced it would open its first Arkansas location at 10825 Kanis Road, in a storefront that housed a defunct Mooyah Burgers, Fries & Shakes, early next year, with plans to open outlets in Conway in summer and in Fayetteville shortly thereafter.

Print Headline: The year in food: Revered restaurants closed, new ones opened, and the foodie world noticed Little Rock in 2019