The former TV newsman at KAIT in Jonesboro is replacing Raj Shah, who left to work for a lobbying and public relations firm.

Deere will have a broad portfolio, addressing issues related to the departments of Housing and Urban Development, Agriculture, Energy, Interior, Health and Human Services, Veterans Affairs, Education and Transportation, among others.

The promotion means Deere will move from the Eisenhower Executive Office Building to the West Wing of the White House.

Deere and Gidley will both continue to work with another Arkansan -- Little Rock native Sarah Huckabee Sanders -- who became press secretary in July 2017 after serving initially as the principal deputy.

Gidley and Sanders have known each other for years. He worked for a time as director of media operations for Sanders' father, Mike Huckabee, when the latter was governor of Arkansas. Gidley was also executive director of Huck PAC, the former governor's political action committee. During the 2016 presidential campaign, Gidley was a senior communications adviser and campaign spokesman.

Since going to work at the White House, Gidley has become a regular fixture on television newscasts, especially Fox News. During the partial government shutdown, he was particularly visible.

After joining Trump's staff, Gidley called it "a privilege of the highest order" to work at the White House.

Since then, he has become one of Trump's most visible defenders.

In an interview with the Arkansas Democrat-Gazette earlier this year, Gidley said Trump deserves his "reputation as one of the best dealmakers in the history of our planet."

One of the highlights of Trump's first two years, Gidley said, had been passage in December of bipartisan criminal justice legislation.

"In a time when Democrats are opposing his very existence, he's still able to bring groups ... to the table to get accomplishments for the American people," Gidley said.

Chip Saltsman, national campaign manager for Huckabee's 2008 campaign and a senior adviser during the 2016 contest, welcomed news of Gidley's promotion.

"No one deserves it more," Saltsman said in a text. "He is honest, hardworking and smart as a whip. ... His only weakness might be his marginal duck calling skills, which I'm guessing he hasn't been able to work on this past season."

With Gidley for a spokesman, "the president will be well served as he has been the last year," Saltsman said.

Deere, a Lyon College graduate, worked as a field director for the Republican Party of Arkansas during the 2010 elections and served on the staff of Sen. John Boozman, R-Ark.

In an interview with the Democrat-Gazette earlier this year, he said Trump has done "great things on behalf of the American people ... and I'm excited to be here to be a part of it."

"I am ecstatic for Judd and so proud of him. ... He just keeps excelling," Rutledge said. "It just goes back to his Saline County roots of hard work and good ethics. I think he's taken that to the White House and the president has seen and recognized that." 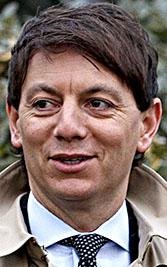 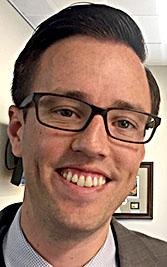