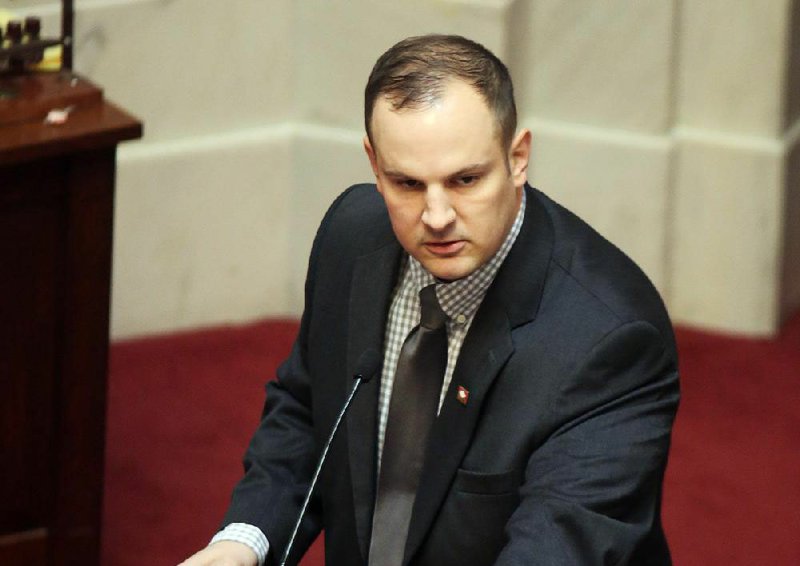 A bill that would prohibit sex offenders from participating in certain Halloween-related activities had a setback Thursday in the House Judiciary Committee.

Senate Bill 10 -- sponsored by Sen. Trent Garner, R-El Dorado, and Rep. Rebecca Petty, R-Rogers -- was knocked down by the committee after a lengthy discussion, but the vote was expunged, allowing its sponsors an opportunity to present it again later.

SB10 would bar a person required to register under the Sex Offender Registration Act of 1997 and who is assessed as a level 3 or level 4 offender from distributing treats to a child or from wearing a mask or other costume as part of a Halloween-related event.

The law would allow the sex offender to hand out candy or host a Halloween event if the minors are his or her own children. A violation would be a Class D felony, punishable by up to six years in prison.

Petty, who presented the bill to the committee, said Halloween is a more susceptible time for children to be harmed by sex offenders.

"Going door to door knocking on strangers' house asking for candy, they don't know which houses belong to that of a violent sex predator," Petty said.

She cited sex-offender data from the U.S. Department of Justice and the Arkansas Crime Information Center, but did not provide statistics specifically about crimes committed by sex offenders on Halloween.

Rep. Andrew Collins, R-Little Rock, asked Petty if she was aware of studies that showed "zero increase" in sex offender crimes on Halloween.

"I do not have that answer," Petty said. She then called on Arkansas Crime Information Center Administrator Brad Cozart to answer the question for the committee.

Cozart said he did not "have any hard data" specific to Halloween crimes by registered sex offenders.

Carla Swanson, the mother of a registered sex offender and the head of Arkansas Time After Time organization, a legislative advocacy group formed in 2010, told the committee that crimes by sex offenders on Halloween are rare and usually combined with another non-sexual violation.

"Why all the sudden do we need this law?" she said.

Swanson also asserted that the bill would unfairly punish the children of sex offenders whose parents would be unable to hand out candy or participate in other Halloween traditions.

"Nobody even thinks about a sex offender having a family, but they do," Swanson said.

Little Rock attorney Jeff Rosenzweig, who represents the Arkansas Association of Criminal Defense Lawyers, said the bill should be "void for vagueness" because the language is too narrow and it's unclear which fall festivities besides Halloween are covered by the bill.

"Does it apply to Harvest Fest?" he said.

In another matter related to sex offenders, the House Judiciary Committee recommended for approval House Bill 1023, by Rep. Less Warren, R-Hot Springs. The bill would amend Arkansas Code Annotated 5-14-132(c) to allow a Level 3 sex offender to attend events on public school grounds if they are related within the second degree by blood or marriage to a student enrolled there. Currently, a fourth-degree relative who is a registered sex offender is allowed to attend.