Some see Larson as racing's future 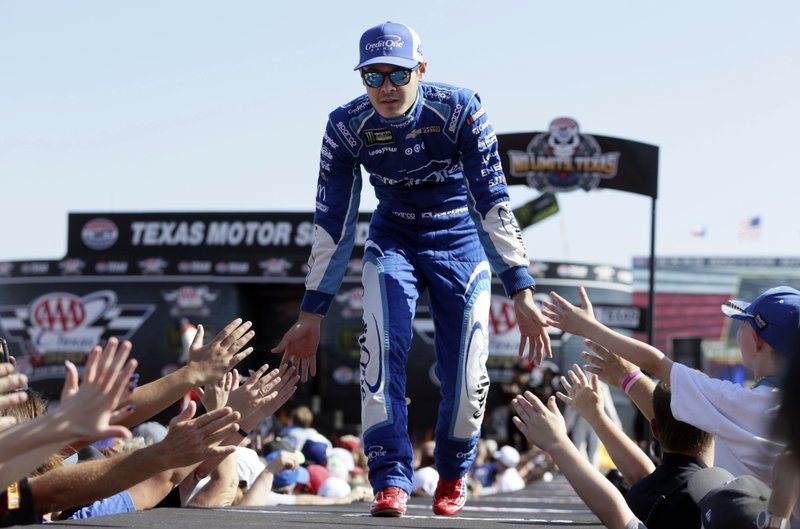 FILE - In this Nov. 5, 2017, file photo, Kyle Larson greets fans during driver introductions before the NASCAR Cup Series auto race at Texas Motor Speedway in Fort Worth, Texas. As Larsen enters his sixth season at NASCAR's top level it is clear that once he starts winning on a consistent basis he could become the biggest star in the country. (AP Photo/LM Otero, File)

America's top motorsports series is in need of a new face. The rapid wave of retirements brought in a crop of fresh-faced young drivers tasked with carrying NASCAR through a tough transition, but no clear superstar to fill empty seats and shape the next generation of racers.

It might be a job best suited for Kyle Larson, considered by many the best hope to bridge the gap between grassroots racing and NASCAR -- and perhaps attract new fans to motorsports in a time of need. He is young at 26, and like childhood idol Gordon he hails from California and made his name racing sprint cars. Larson has the raw talent to take risks that other drivers avoid, and he has built a reputation as a clean racer who won't wreck a rival to win.

His style has appealed to hardcore fans and his promise has piqued the interest of casual observers. He is half-Japanese, the most successful graduate of NASCAR's diversity program, and the only Asian-American full-time driver in NASCAR.

Larson has all the elements to be the next Gordon or Stewart. Fair or not, he knows there are expectations to bring attention and excitement to NASCAR.

"I think if I just continue doing what I am doing, it takes care of itself. I don't look at it like I have to work too hard to save motorsports," Larson said in an interview with The Associated Press. "I think if I just keep racing all the stuff that I do, it's good for all of motorsports."

The pressure has been on Larson before he ever drove a stock car.

Gordon, Stewart and Kasey Kahne anointed Larson the real deal after following his sprint car career, which exploded one magical night in 2011 at Stewart's Eldora Speedway in Ohio. Larson that evening became only the second driver in history to win in all three kinds of USAC cars in a single night.

Chip Ganassi hired him before the 2012 season and put him in a stock car for the first time even though the young driver had been on a path toward IndyCar. Larson was 19 and on a fast track to a Cup ride just two years later.

He has won five races in the five seasons since, but he has probably lost a dozen more because he is still learning to close out a victory. Ganassi has shown patience with Larson.

"He's been at the front, he just has to close out some of these things," Ganassi said. "I think he treats people with a lot more respect than they treat him with, and that's his attitude, and we're OK with that. He's approached NASCAR with his own pace. I don't want to say he has nothing to learn, we all have things to learn every single day, but I'm perfectly happy with his angle of attack or progression or angle of progression."

The audience has an appetite for true racers and Larson has done well in earning new supporters. The married father of two is raising his kids at the race track, the way he and his wife grew up, and he is figuring out how far he can go in motorsports.

"He's not quite as ornery as Tony and outspoken, but I think he's a great little driver," Hendrick said. "That's what the fans like, somebody who just really can drive a car. He's one of the most aggressive and has the least amount of baggage. He didn't wreck anybody and he runs everybody clean, he doesn't run over people. He's fast and good, so I think we need him and I think we need him to win." 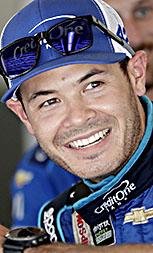