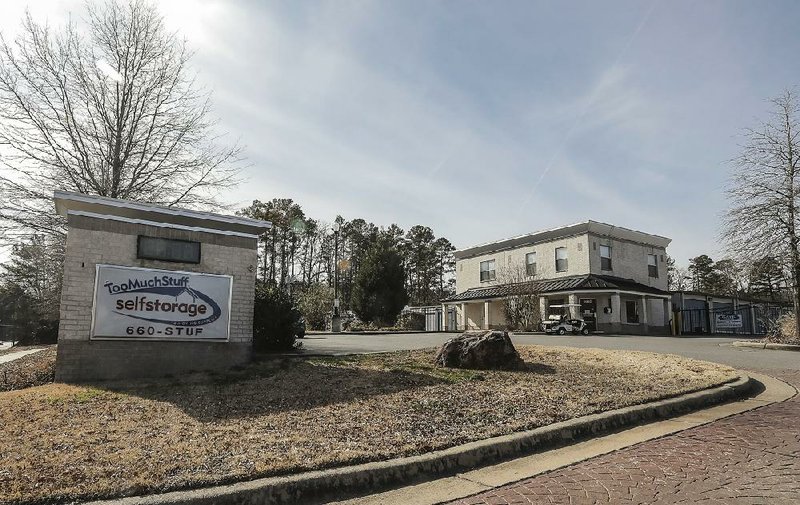 A Philadelphia company paid $8.3 million in December for Too Much Stuff Self Storage at 2010 S. University Ave.

The Too Much Stuff Self Storage warehouse is at 2010 S. University Ave. It was built in 2002 and consists of five buildings on 6.6 acres.

Too Much Stuff appraised for $3.4 million last year.

Marc Yelenich is an authorized member of Northgate Mini-Storage, which sold the storage facility to First Neck.

Foxden is an affiliate of Pediatrics Plus, which provides specialized pediatric healthcare for its clients, including physical therapy, occupational therapy, a developmental preschool and services for autism, according to its website.

From providing home health therapy for about a dozen families 16 years ago, Pediatrics Plus now works with 2,500 children with special needs.

Pediatrics Plus also acquired Helping Hand's business, but the terms of the business deal were not disclosed, said Todd Denton, co-owner of Pediatrics Plus.

Pediatrics Plus is a similar business to Helping Hand, Denton said.

The owners of Helping Hand contacted Pediatrics Plus about a year ago, saying they were interested in retiring, Denton said.

"It was just a good fit for us," Denton said.

The new facility will be the sixth in Arkansas for Pediatrics Plus, which also has locations in Arkadelphia, Conway, Little Rock, Russellville and Sherwood. It also has a location in Frisco, Tex.

"When making the decision to retire after 30 years, it was very important to us to find a provider who could continue the Helping Hand legacy and build on our efforts," Helping Hand owners Johnny and Julia Washburn said, according to the Pediatrics Plus website. "We are confident Pediatrics Plus will be a great fit and will continue to provide quality services to the children."

The Helping Hand center at 4901 Northshore Drive in North Little Rock was built in 2000 and has almost 20,000 square feet on an eight acre lot.

The owners of the Ten Three Ten Building in west Little Rock sold it last month to 10-3-10 LLC.

The building is on a three-acre lot. It appraised for $3.7 million last year.

A $2.7 million loan from Iberiabank of Lafayette, La., helped finance the acquisition. The mortgage matures in 2022.