Arkansan sees path for Cuba trade bill; Crawford measure stalled in past, but key dissenters have since departed 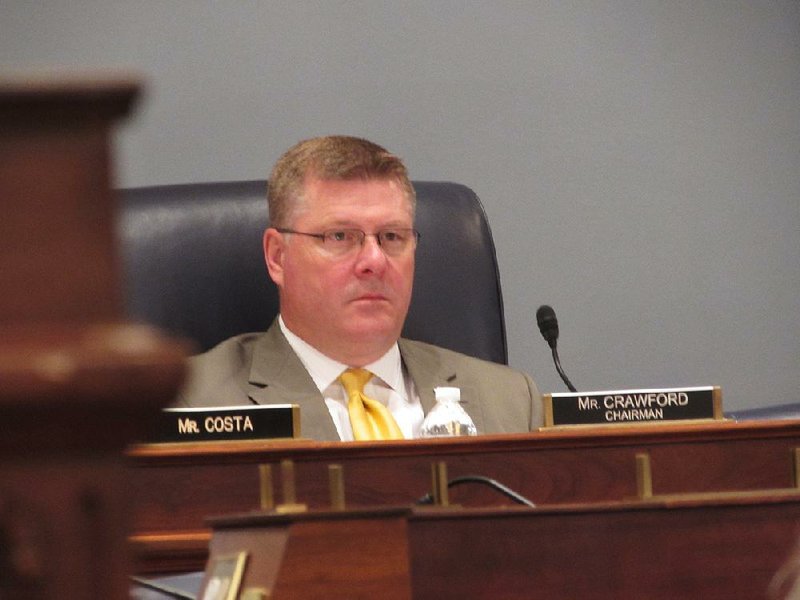 U.S. Rep. Rick Crawford, is shown in this file photo.

WASHINGTON — With Democrats in the House majority and with a couple of key foes no longer on Capitol Hill, supporters of increased agriculture sales to Cuba see an opening for passage of a bill addressing the issue.

Presidential politics is a wild card, however. The White House last month signaled that it may adopt a harder line with Havana.

During the previous session of Congress, Crawford sponsored the Cuba Agricultural Exports Act, which would have allowed farmers and others to extend credit “to Cuba or to an individual or entity in Cuba.” The legislation also would have enabled Americans to invest in nongovernmental agricultural enterprises there.

While it would have allowed individuals to assume the financial risks, taxpayers wouldn’t have been left holding the bag if the debts went unpaid, Crawford has said.

The lawmaker from Jonesboro represents northeastern Arkansas and a string of counties up and down the Mississippi River. His district grows more rice than any other district in the country.

Critics say the ban on credit is the reason why U.S. rice sales to Cuba dropped from $64 million in 2004 to zero in 2009. It stayed there throughout then-President Barack Obama’s eight years in office and continued after Donald Trump became president.

Cuba, with a population of 11 million, imports roughly $2 billion worth of food each year. In 2017, only $291.3 million of those exports was from the U.S., according to the U.S. Census Bureau. None of that was rice.

Melvin Torres, director of Western Hemisphere Trade for the World Trade Center Arkansas, said Havana is eager to do business with the U.S.

“Cuba is ready to have the embargo lifted, and they’re just waiting for the United States to lift it,” he said.

Despite the differences between the two countries, U.S. visitors are well-received, he said.

“Americans are very welcome. You even see Cubans, just regular Cubans, with shirts that say ‘USA’ or hats that say ‘USA’ just walking down the street,” he said. “You talk to them and they’re excited. They don’t really seem to have any [bad] feeling against the U.S.”

Crawford’s measure had 43 Republican co-sponsors and 23 Democrats. A similar bill in the Senate had the backing of U.S. Sen. John B o o z m a n , R-Ark. Agriculture Secretary Sonny Perdue had also voiced support for dropping the ban on credit. But the proposal faced opposition as well, especially from Cuban-American members of the Florida congressional delegation, Crawford noted.

In the interest of party unity, then-House Speaker Paul Ryan, R-Wis., preferred to sidestep what he viewed as a “wedge issue,” even though he had once been a vocal supporter of free trade with Cuba, Crawford said.

“It wasn’t something that he was willing to walk the plank on or force his members to take a position on,” Crawford said.

Now Ryan is gone. So are two of the measure’s strongest Florida Republican foes.

Only one Cuban-American continues to represent a southern Florida House district: Republican U.S. Rep. Mario Diaz-Balart. His office did not respond to requests for comment submitted Wednesday, Thursday and Friday.

Another influential Cuban-American from Florida, Republican U.S. Sen. Marco Rubio, is urging the White House to keep the embargo in place.

Frank Calzon, executive director of the Center for a Free Cuba, said Crawford’s bill is a bad idea and will continue to face fierce opposition in the 116th Session of Congress.

“Even today there is a strong bipartisan coalition that does not want to do favors for the Cuban government,” said Calzon, whose group seeks “human rights … democracy and the rule of law on the island.”

Allowing Americans to extend credit to Havana is a bad idea, he said.

“The Cuba government, time and again, fails to pay what it owes,” he said. “It’s not only morally [bankrupt], it’s economically bankrupt.”

Trump, thus far, has taken steps to roll back some of Obama’s Cuba policies. In 2017, Trump made it harder for Americans to travel to the island and placed additional restrictions on those doing business there. That year, he also expelled 15 Cuban diplomats after reports of suspected sonic attacks targeting American officials in Havana.

The source of the alleged attacks was never determined.

The Cuban-American community in south Florida, on the other hand, is divided over whether to support the embargo.

The Florida International Cuba Poll, which surveyed 1,001 Cuban-Americans in Miami-Dade County, Fla., between Nov. 14 and Dec. 1, found that 51 percent want the embargo to continue; 49 percent want it to end.

The poll’s margin of error was plus or minus 3.1 percentage points.

Across the U.S., “There’s a cultural divide, there is a political divide, there’s a geographic divide but … outside of Florida, probably upwards of 70 percent support this,” Crawford said. “I think that we just have to continue to press and, eventually, we’ll hit a critical mass of support and it’ll be harder to deny it.”

Crawford, who has traveled to Cuba three times, said singling out Cuba for adverse treatment makes no sense.

The U.S. already does business with a number of countries that are “in the same category as Cuba — or even worse,” Crawford said.

“Our good buddies in Saudi Arabia, Pakistan, Vietnam, Venezuela: There’s a laundry list of countries who are every bit as bad with regards to their human-rights records,” Crawford said.

The embargo has been a failure, according to Crawford, who visited the island in November.

“It’s not benefiting anybody, and it’s certainly not changing the trajectory in Cuba,” he said.

“I’d say, on the whole, it’s more promising than it’s been in a very long time,” he said. “I think we’re on much firmer footing than we were [a year ago].”

Cuba is ready to do business with its neighbor to the north, he said.

“Cubans want to buy U.S. products. They want to buy U.S. agriculture commodities,” he said. “If we’re able to trade with them like we do with everybody else, you’ll see a huge spike in purchasing from American farmers.”

Cuba won’t be flooding the U.S. market with products of its own, Williams noted.

“This is one-way trade,” he said. “It would be the most incredible, one-sided trade relationship that the United States has.”

There’s one potential land mine, however, according to Williams: the Helms-Burton Act. The 1996 statute allows lawsuits against businesses that are benefiting from property seized after Cuba’s socialist revolution roughly six decades ago.

The law enables presidents to suspend the property provisions; every president since Bill Clinton, including Trump, has done so.

But last month, the State Department announced it would launch a “careful review” to determine whether lawsuits should be allowed to proceed.

“We encourage any person doing business in Cuba to reconsider whether they are trafficking in confiscated property and abetting this dictatorship,” the department announced Jan. 16.

If the Trump administration clears the way for lawsuits, Williams said, then U.S.-Cuba relations would further deteriorate.

“It would basically kill U.S. business. It would hurt U.S. allies. The only ones who really wouldn’t be affected would be our adversaries who don’t care — like Russia, China, Iran,” he said. 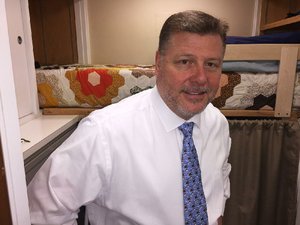