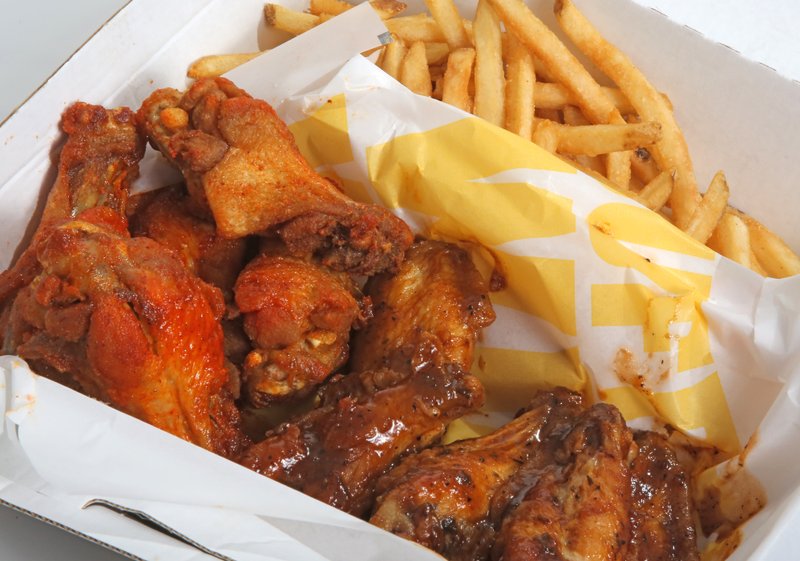 Proprietor Tony Poe says he's looking to get his Atlas Bar and Small Plates, 1224 Main St., Little Rock, open for business on Tuesday. He has been holding some private and soft-opening events to make sure his staff fully understands the menu — a selection of tapas-style small plates with a focus on international street food — and cocktail program. To recap, Poe, a former travel agent (and son of the legendary late Fred Poe), is melding, for what he has consistently described as "the best new old bar in Little Rock," his inspirations of a classic early 20th-century American watering hole with the restaurant-bar experiences he has encountered in his worldwide travels. The bar will feature beer, wine and "high quality spirits from around the world," he says. Denis Seyer — yes, that Denis Seyer — has been serving as Poe's consulting chef in getting the place up and running, including designing the kitchen; Seyer's son and protege, Antoine, will be the chef de cuisine going forward. Poe's tentatively setting hours as 3 p.m.-midnight Monday-Saturday, with the kitchen probably closing at 10 or 11, although that could change based on how nighttime traffic flows. "I want to stress that this is a grown-ups bar, not a party bar," he says, noting that a midnight closing time will "keep it civilized." The phone number is (501) 712-4713; the website, atlassoma.com; and the Facebook page, facebook.com/Atlas-Bar-843061702557660.

Something is definitely out of order when a sports bar is closed on Super Bowl Sunday. The Buffalo Wild Wings at 14800 Cantrell Road, Little Rock, was shut up tight and a sign on door said it was "temporarily closed" and apologized for the inconvenience. Turns out, at least according to the nice young woman who answered the phone — (501) 868-5279 — on Monday morning (calls on Sunday returned only a rapid busy signal) said the place is going through a remodel; it was expected to reopen at 11 a.m. Wednesday. Sunday afternoon, we witnessed potential patrons pulling into the parking lot, some of them circling the building through the empty parking lot and departing, others emerging from their cars to read the sign and test the locked doors.

A Jan. 31 fire damaged the Downtown Deli & Grocery, 314 E. Sixth St., Little Rock. A passerby noticed flames shooting from the building about 9 p.m.; Fire Department Capt. Doug Hoffman said firefighters had gotten the blaze under control by 9:45 p.m. We're still awaiting word on the cause and on whether/when they'll rebuild.

Construction delays have pushed back the target to open of Grub's Bar & Grille, going into the former Chili's space, 10700 N. Rodney Parham Road, Little Rock, to April. Alison Strom, marketing director for the Northwest Arkansas mini-chain, says they're taking the opportunity to make some tweaks to the menu across the board (there are also outlets in Fayetteville, Rogers and Fort Smith), but it'll be basically the same one that's currently on their website, grubsbar.com. Some things to look forward to: 11 a.m.-4 p.m. weekday $8.99 lunch specials, an 11 a.m.-4 p.m. Saturday-Sunday brunch menu overlay (nine items, all at $9.99) with Sunday drink specials; half-off Tuesday burger nights, which are popular in Fayetteville and Rogers; and, she says, "TVs all over the place." Possibilities include daily happy hours, as they do in Fayetteville, with possible happy-hour trivia, and monthly "proceeds nights" in which a portion of the profits go to nonprofits. The restaurant will open at 11 a.m. daily but closing time is still under discussion, and will likely be based on the neighborhood, and "what's best for us and our employees," Strom says.

An application is pending for a $320,000 building permit to finally finish the conversion of the 1,848-square-foot former Dunkin' Donuts at 10721 Kanis Road into a Starbucks.

Target date is now Feb. 25 for the opening of the Black Bear Diner outlet in the former Dixie Cafe in North Little Rock's Lakewood Village Shopping Center, 2724 Lakewood Village Drive. The 6,220-square-foot space will seat 170. The Redding, Calif.-based chain is known for an all-day breakfast menu of massive proportions, plus a lunch that focuses on burgers and sandwiches and a more-or-less home-style dinner menu — not so far off what Dixie Cafe used to serve, in fact; check it out online at blackbeardiner.com. Hours of operation are 6 a.m.-10 p.m. daily. The listed phone number is (501) 812-0393.

Meanwhile, we have triangulated the location of the second Milano's Italian Grill at 6100 Stones Road at Cantrell Road, Little Rock, next-door to the Casa Manana outlet at 18317 Cantrell. In the past it had housed the Pizza Joint and is in fact the spot that Layla's Gyros & Pizza had vacated last fall, having moved there from 8201 Ranch Blvd. The folks who run Verona Italian Restaurant, 190 Skyline Drive, Conway, opened their first Milano's Italian Grill a few months ago at 1800 Club Manor Drive, Maumelle.

The Arkansas Repertory Theatre, ahead of its production of the musical Chicago, opening Feb. 22, is hosting a Chicago-theme speakeasy event, 5:30-7:30 p.m. today at Rock Town Distillery, 1201 Main St., Little Rock, to help patrons get into the "spirit" of the Roarin '20s. Debuting will be the distillery's all-new, Chicago-inspired drink — which they're calling "All That Razz!" — that patrons can sample at half price. Chicago cast members Rachel Perlman and Erik Joshua Clack will perform a few tap-dance sets to Jazz Age music. If you're a member of the Rep's 601 Club young professionals group, you'll receive a coupon for a free Rock Town tour and tasting. Admission is free (you must be 21 or older), but — following the speakeasy tradition — you'll need a password. Get one by RSVP-ing via email to krudolph@therep.org.

And it's actually more of a promotional stunt than an actual job opening, but the On the Border Mexican Grill & Cantina chain, which has outlets in Little Rock, Sherwood, Conway and Hot Springs, is seeking a "CMO" — or what they describe in a new release as "an experienced, self-driven and fun-loving Chief Margarita Officer," responsible for representing, and celebrating the tequila-based cocktail. "The ideal candidate must be able mix margaritas on short notice, distinguish between fresh-squeezed lime juice and canned limeade and make a solid argument for why salt is better than a sugar rim. ... [H]e or she also understands that moderation is key to a great next day and encourages others to indulge responsibly as well." The CMO gets "the coolest business cards ever," free chips and salsa at On the Border for an entire year and $1,000 a day ("fine print: ... good for one incredible day only — Feb. 22, 2019, National Margarita Day." And: "Winner will receive $1,000 in On the Border gift cards.") See terms and conditions and apply at ontheborder.com/events/chief-margarita-officer. "Void where prohibited."