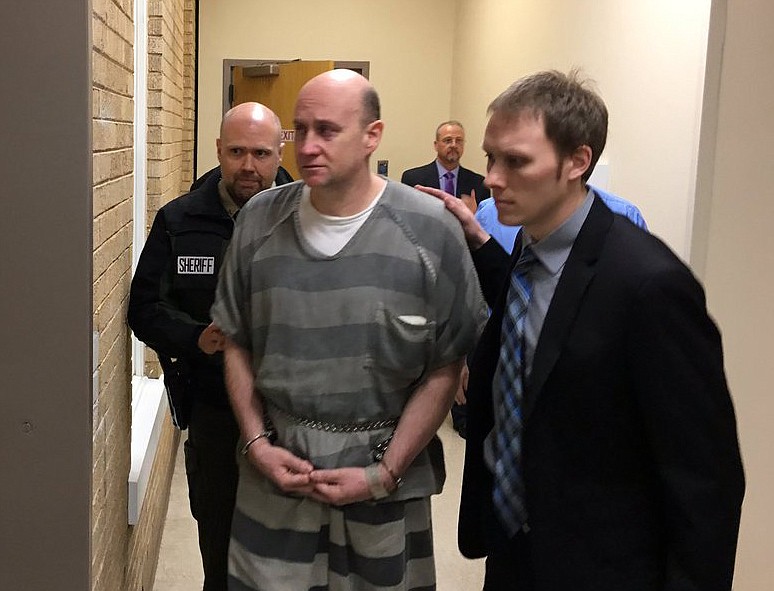 BENTONVILLE — A former police chief in Northwest Arkansas admitted on Thursday that he raped a Rogers teacher 20 years ago.

The rape sentence will run concurrently with the murder sentence, which means Hardin will have to serve 21 years of the 30-year sentence for the murder, but then must serve an additional 14 years before he will be eligible for parole.

He will be 84-years-old by the time he is eligible for parole.

The Frank Tillery Elementary School teacher said she arrived at the school in November 1997 a little before 9 a.m. and worked alone preparing her week's lessons. She went to the restroom in the teacher's lounge about 11:30 a.m. When she left the lounge, a man holding a gun forced her back inside, she said. He raped her and fled, according to police reports.

He wore a stocking cap and sunglasses but no shoes; took care not to touch any surfaces; covered her face with her pants at times; and took her underwear. Police suspected at the time the man may have had law enforcement training.

The rapist was careful, but he left something behind. Her rapist seemed surprised, the teacher recalled, when he ejaculated. She used her hand to wipe his semen off her leg and onto her sweatshirt and T-shirt after he left. That move ultimately led to Hardin's arrest.

Police had never identified Hardin as a suspect.

In 2003, police obtained a warrant for a "John Doe" suspect in the case based on the DNA evidence. A John Doe warrant is an arrest warrant for an individual whose name is not known. The statute of limitations for rape in Arkansas is six years, and the warrant was filed before time expired so the case could be prosecuted if a suspect was found.

Hardin's DNA was obtained after he pleaded guilty to first-degree murder in October 2017 for killing James Appleton.

Appleton pulled into a parking lot on Gann Ridge Road in Gateway on Feb. 23, 2017, to talk with his co-worker and brother-in-law by cellphone. A passer-by saw Appleton's pickup and a white Chevrolet Malibu parked behind it.

The driver of the Malibu waved him around, the passer-by told police. He heard a bang when he was a few hundred yards away and saw the Malibu speeding toward him before turning onto a dirt road. He never gave a reason for killing Appleton.

Green ordered Hardin to provide a DNA sample to the state, standard procedure for all convicted felons.

Hardin was the police chief of Gateway for several months and served two terms as a constable in Benton County. He worked as a police officer in Fayetteville, Huntsville and Eureka Springs.

Hardin was working at the Northwest Arkansas Community Correction Center in Fayetteville at the time he was arrested for Appleton's murder, according to court documents. The prison is for women incarcerated for nonviolent or non-sex related charges.