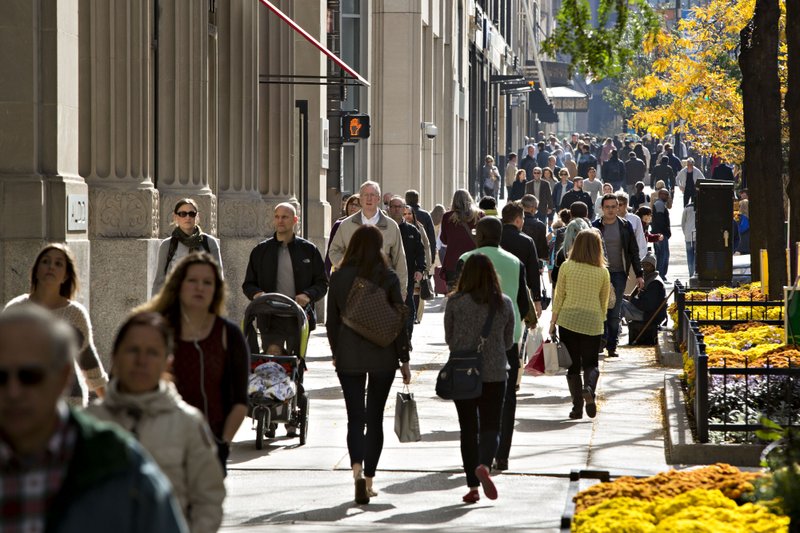 Chicago's Magnificent Mile has blue-chip shopping, stunning high-rises, five-star hotels, swanky steakhouses and proximity to Navy Pier, the popular amusement park attraction that locals avoid at all costs. Though experiences such as the architecture tour on the Chicago River and tea at the Drake Hotel are lovely, the traffic and endless crowds fighting to get into the stores (think Zara, Topshop and predictable luxury lines such as Louis Vuitton) and surrounding cafes can sour the experience. If shopping is your focus, the more than 3 million square feet of glitzy retail space will feel like paradise. If not, you might want to center your visit on a more neighborly and history-filled part of Chicago.

Eight miles south, Hyde Park feels more like a multicultural village than a big-city neighborhood. This is the South Side, one of the city's most racially diverse pockets and home to the University of Chicago. Here, you'll find wide, leafy boulevards speckled with mom-and-pop shops, timeworn diners (one, Valois, is said to be former President Barack Obama's morning go-to; he still owns a house in the neighborhood), bookstores and Jackson Park, site of the 1893 World's Columbian Exposition and the future Obama Presidential Center.

Explore the quadrant between 53rd Street and the Midway Plaisance, which brims with sightseeing gems. (Two-wheeled transport is available at Divvy Bikes.) Old-school charm oozes from 57th Street Books, with its warren of subject-specific rooms and cozy reading nooks. Lost-in-time mansions line South Woodlawn Avenue between 53rd Street and 57th Street, including Robie House, Frank Lloyd Wright's Prairie-style masterpiece. Up the street is the gothic revival Rockefeller Memorial Chapel, which has open-to-the-public events. To refuel, duck into Plein Air, a Euro-veering cafe next to Robie House for lunch or an espresso among University of Chicago literati.

Another neighborhood draw? Swaths of lakefront for running, biking and taking in the dramatic Chicago skyline. Over in Jackson Park, you can visit two artifacts of the World's Fair: the Beaux-Arts building housing the Museum of Science and Industry, originally the Palace of Fine Arts, and the Japan-inspired Garden of Phoenix, designed by Frederick Law Olmsted. For dinner, new arrival Virtue offers an homage to the American South with feels-like-home food served on flowery chintz plates beneath a ceiling tricked out with wooden tobacco baskets. Later, hit the Promontory for music. Nightly acts range from DJs and jazz to Afro-Fusion.

Already a bolt-hole for locals, the just-opened Sophy Hotel is a neighborhood game-changer. The thoughtful nods to South Side heritage and culture — design elements honor local luminaries such as singer Mahalia Jackson, novelist Saul Bellow and scientist Enrico Fermi — reinforce the you're-in-Hyde Park vibe. And the spacious rooms are a fraction of the cost of those lining the ritzy, packed Magnificent Mile.

Location: Hyde Park's official boundaries are 51st Street and Hyde Park Boulevard on the north, the Midway Plaisance (between 59th and 60th streets) on the south, Washington Park on the west, and Lake Michigan on the east. choosechicago.com/neighborhoods/south/hyde-park.