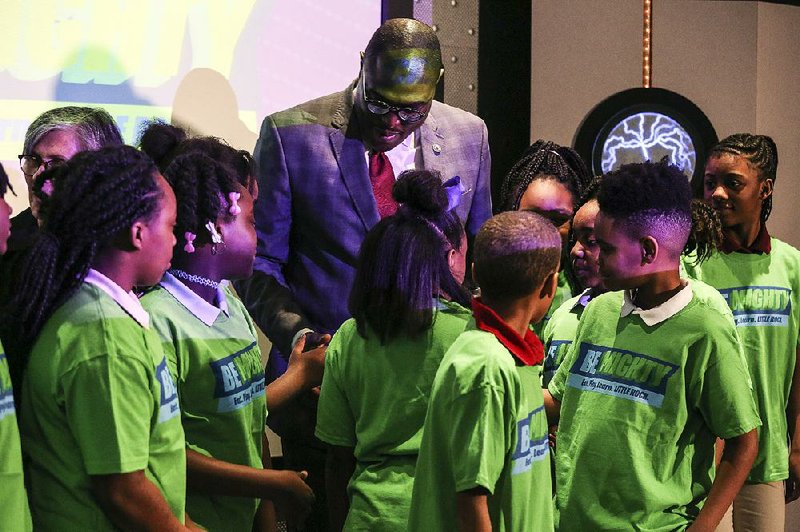 Little Rock leaders are calling on community groups, churches and other organizations to help provide locations where children can get the nutrition they need to "be mighty."

That's the name of a citywide campaign to connect kids and teens in need to after-school, weekend and summer meal programs, officials said Wednesday.

"Hunger is an issue in our city, and it's an issue that doesn't stop at the end of the school day," Ward 3 City Director and Arkansas Hunger Relief Alliance Executive Director Kathy Webb said. "After-school and summer meals ensure that our kids get the healthy meals they need to be mighty."

Little Rock was one of six U.S. cities selected in August for a $139,500 grant to bolster its food programs. The funding helps the city to partner with the Central Arkansas Library System and local nonprofit organizations to get food outside of school hours to children who are eligible for free and reduced-cost lunches.

Federal programs provide food, but officials sometimes struggle to get parents and children to facilities where they can receive those meals. The aim of the grant from the National League of Cities and the Food Research and Action Center is to help cities meet kids where they are. For instance, the funding can help create meal sites at locations where enrichment programs such as cooking classes, games, and reading or exercise programs are also offered to children. 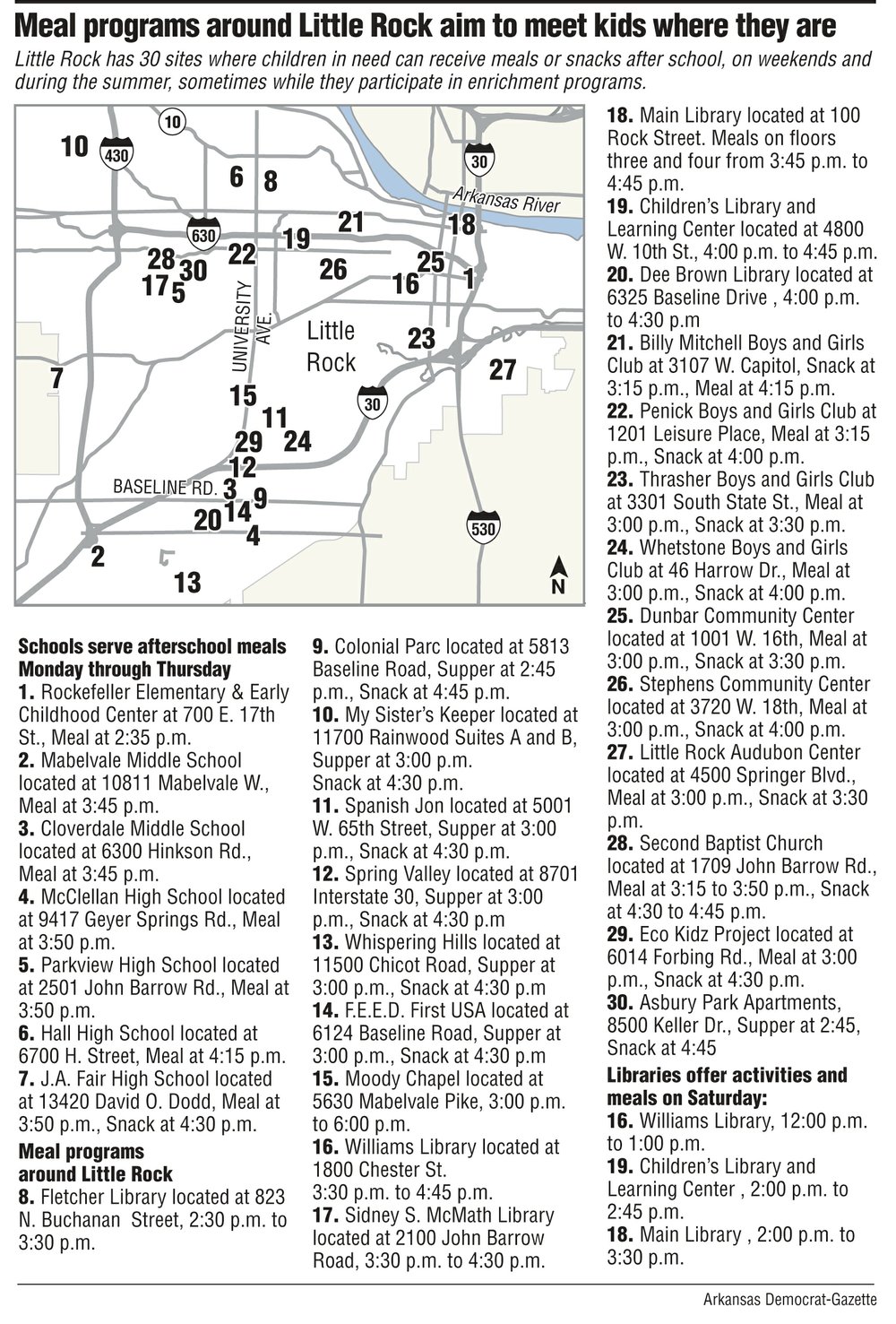 A map and information about meal programs for kids around Little Rock.

Little Rock currently has 30 feeding sites that offer meals and snacks. Those include schools, community centers, libraries and apartment complexes. The program's leaders hope more groups will step up to become sites offering food to needy children. The deadline to apply to become a feeding site is April 30.

About one in four children in Little Rock are food insecure, Webb said.

Those interested in becoming a meal site can attend an information session at 2 p.m. Feb. 24 at the Hillary Rodham Clinton Children's Library, 4800 W. 10th St., said Katharine DeRossette, project coordinator of the Be Mighty initiative.

The standards for feeding sites are set by the state Department of Human Services. Funding for the food is provided by the U.S. Department of Agriculture. Nonprofits that participate are eligible for USDA reimbursement.

The number of Little Rock sites where children are fed through USDA-funded programs has decreased by about a dozen in the past two years, according to information provided by the Human Services Department. This could be due to sites consolidating because of low attendance or due to programs shifting to Department of Education food programs, DHS spokesman Marci Manley said in an email.