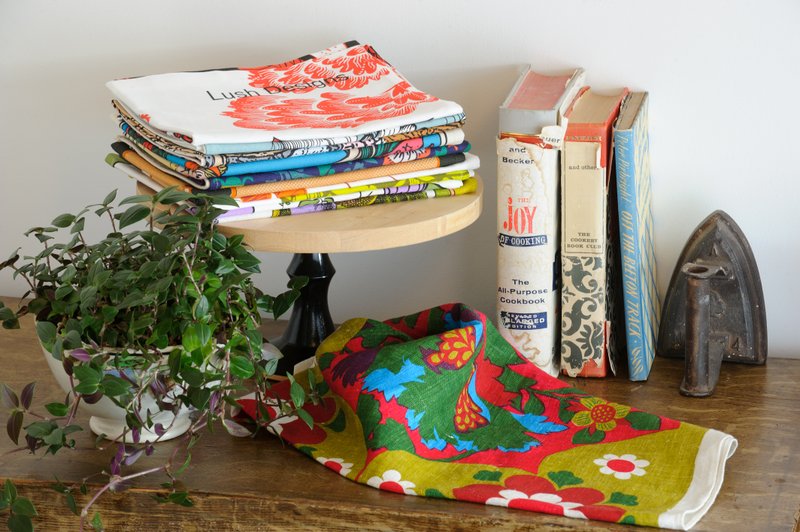 Castles and cutlery. Foxes and flowers. Soldiers and sayings: Many hands make light work. Royal fetes and pastoral pets. All are the subject of tea towels, everyday household items that deserve far more respect (and better treatment) than I have been giving them — until now.

One look at The Art of the Tea Towel (Batsford Books) and, you, too, will never view this humble house servant the same way. Textile historian Marnie (yes, I know) Fogg doesn't just make us care about the common tea towel, she makes us — well, me for sure — fall in love. Her beautifully illustrated book features more than 100 notable tea towels, organized by decade.

The excitement begins in the '50s. Before then tea towels were merely striped or checked. As part of the post-World-War-II euphoria, colorful printed tea towels began brightening kitchens. Though the first successful printed tea towels came out of Sweden, the Irish linen company Thomas Somerset & Co. made them a household fixture.

The Irish linen business was flagging. After seeing the success of the Swedish towel, Thomas Somerset hired artist Lucienne Day to design towels, which resulted in "commercially successful designs that secured the place of the tea towel firmly at the high end of design," Fogg writes. Even English designer Laura Ashley began designing tea towels in the 1950s.

Ignorance admission: I've always viewed tea towels as whimsical souvenirs brought home to remind me of fun places I've visited. I never took them more seriously than that. Fogg, however, builds a convincing case that these textiles are — sit down — cultural icons.

Because this was a lot to take in, I had to call Fogg, who lives in Chichester, on England's South Coast, to talk about it.

"The wonderful thing about tea towels is that they're a perfect example of making good design totally accessible to the people," says Fogg, in her crisp-linen British accent, which makes me sit straighter and say words like "lovely" and "splendid."

For example, she says, artist Angela Harding, whose tea towel designs are big sellers, creates woodcut prints that sell for $300 each, but anyone can have her designs on a tea towel for far less.

By now I have completely fallen for this woman's sensibilities, and want to channel her to you, so I ask straight up: "If you could put a megaphone in every American's ear, what would you say?" (The minute I ask this, however, I cringe: No one as refined as Marnie Fogg would speak through a megaphone.)

"I would emphasize the importance of making small things matter," she says, singing my song. "I don't like going through life not thinking about details. If you are going to do something, anything, whether you're making a meal or setting a table, do it beautifully. Make the details in your life matter."

I love this woman.

And that includes our tea towels.

To raise the refinement level in my home, I ask Fogg to share the finer points of choosing, using and caring for tea towels.

• Seek great designs. Find a store or company that specializes in tea towels, and look for ones that are designer led. Among her favorite contemporary artists are Emma Bridgewater and Harding. Trending now are colorful patterns incorporating birds and botanicals. To find vintage tea towels by famed designers, go to eBay. "The designs of most tea towels sold in souvenir shops aren't particularly good," she says, pretty much ruling out my entire collection. But that's OK. I'm ready to start over.

• Look for linen. One hundred percent linen towels are the gold standard, Fogg says. Second best are cotton-linen blends. Linen union is a blend of 55 percent linen, which comes from flax plants, and 45 percent cotton. Pure cotton doesn't cut it. Most of those sold in souvenir shops are 100 percent cotton, as my tea towel drawer confirms. Those serious about their tea towels should shop beyond the souvenir shops at nicer housewares or linen stores.

• Clean with care. While these trusty towels get used and abused, wash them gently. Fogg recommends eco-friendly laundry soap, and water no hotter than warm. If they get stains, soak them in a stronger soap solution. Never use bleach. "And I do iron them all."

Iron them? I groan, hoping she doesn't hear. "Don't just stick them in the washing machine then stick them rumpled in the drawer. Fold and iron them in thirds, and put them away pressed." Then, as if knowing I will need more motivation, she adds, "There's nothing more relaxing than getting a pile of tea towels and ironing them." Hmmm, I'll have to see. 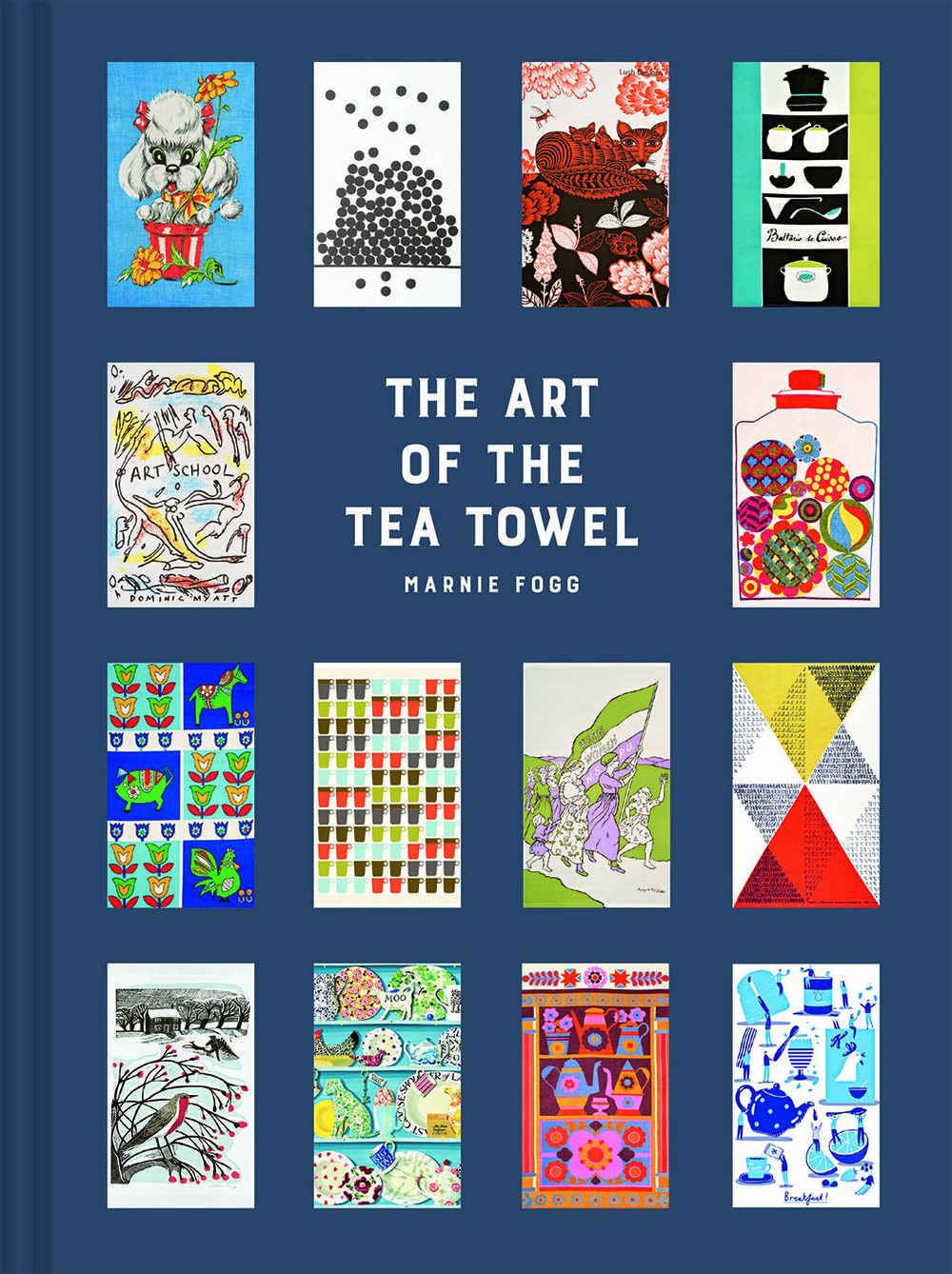 The Art of the Tea Towel by Marnie Fogg

Syndicated columnist Marni Jameson is the author of three home and lifestyle books, including Downsizing the Family Home — What to Save, What to Let Go (Sterling Publishing).