Bubba Wallace could save NASCAR 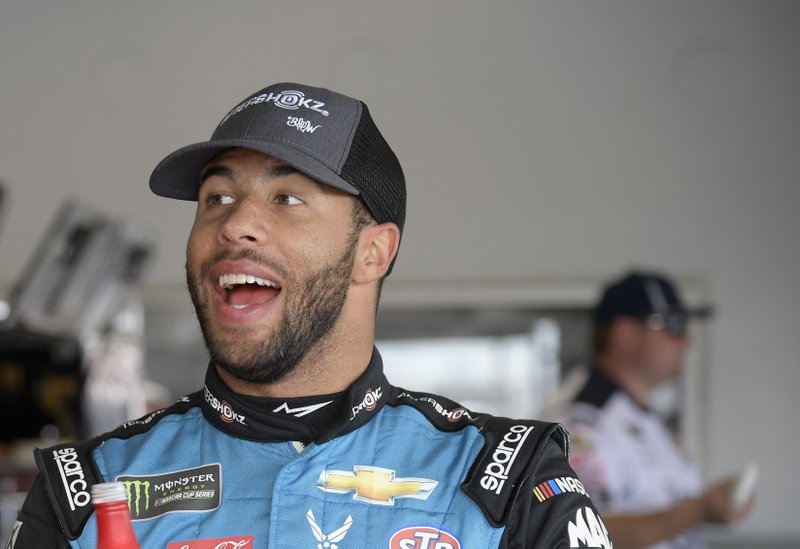 Bubba Wallace Jr. is shown in the garage area during a practice session for the NASCAR Daytona 500 auto race at Daytona International Speedway Saturday, Feb. 16, 2019, in Daytona Beach, Fla.

Memo to Bubba: Your sport needs you terribly.

It's no secret NASCAR, once the boom sport of the 1990s, is desperately struggling to stay relevant in an entertainment world that has never been more crowded and competitive. The sport's issues have been well-documented: The plummeting TV ratings, the plunging attendance and the exodus of corporate sponsors. Who will ever forget that haunting headline in the Greensboro News & Record, which sits right in the heart of stock-car country: "All that's left for NASCAR is the funeral."

I'm not saying Bubba, NASCAR's first full-time African-American Cup driver in nearly a half-century, can singlehandedly save the sport, but he could certainly have a huge impact. He could do what Tiger Woods once did for the stodgy all-white sport of golf -- make it cool, modern and multi-cultural.

Except Bubba has 10 times the personality of Tiger, who, in his prime, was often an unflinching, unsmiling robot. He was arrogant and aloof with the fans and boring and bland with the media.

In contrast, who will ever forget Bubba's coming-out party last year when he avoided a last-lap wreck to finish second behind Austin Dillon in his first Daytona 500? In the post-race news conference, Wallace hugged his mother and sister and then broke down and started sobbing uncontrollably before burying his face in a towel.

It was raw, real emotion that captivated the country.

"Shed a little tear for TV ratings, trying to get those up; that was all part of the plan," Wallace jokes now. "It worked out. Hell, I got a lot of people on my side over that. Got to pump up the waterworks again this year."

Unfortunately for Wallace, there was a drastic decline after last year's 500. He ended the year with just three top-10 finishes, was 28th in the standings and wrecked out in four of his final 16 races.

And this is where the comparisons to Tiger and Bubba end. When Tiger started playing pro golf, there was no question he would become a dominant force. NASCAR is much more complicated. You not only have to be a skilled driver, you have to have great equipment and be on a well-funded team.

Nobody knows yet if Bubba qualifies on any of those fronts. Maybe he turns into Danica Patrick, another trailblazing figure who could have helped save NASCAR if only she'd had the skill level to do so. Or perhaps when Bubba gets on a better team with a faster car, he will begin to thrive.

Although he drives for Richard Petty Motorsports and is behind the wheel of the iconic No. 43 that Petty himself made famous, it's no secret that RPM doesn't have the budget or resources of its big-money competitors. Wallace is a one-man band trying to compete against the multi-car mega-teams.

"Not being in great stuff (equipment) and being unable to put himself out in front of the pack more often kind of limits his star power," NASCAR great Kyle Busch says.

Says Aric Almirola, who drove for RPM before moving on to Stewart-Haas Racing: "I was there (where Bubba's at), I lived it, and it was challenging. I knew we were always one step behind the great race teams; teams that have more resources, capabilities, money, engineering, tech support and people.

"Richard (Petty) himself will tell you that the days when he was so successful is when it was all about racers. As time went on, businessmen came in and made NASCAR their playground. That's when things started changing for Richard Petty."

At a time when NASCAR is trying to come up with different ideas about how to stop the sport's downward spiral, the No. 1 strategy on the list should be this: Do whatever's necessary to make Bubba successful. Put him in the fastest car, build him the best engines, give him the smartest engineers.

If Bubba wins, NASCAR wins. His merchandise would fly off the shelves. He would become the most transcendent star in the sport's history. And he would open up NASCAR to an entire race of people.

At the top of Wallace's Twitter account, he has this tweet pinned: "There is only 1 driver from an African American background at the top level of our sport. I am the 1. You're not gonna stop hearing about 'the black driver' for years. Embrace it, accept it and enjoy the journey."