HIGH PROFILE: Dr. Ronda Shirletta Henry-Tillman's ministry as a breast cancer surgeon is to help others 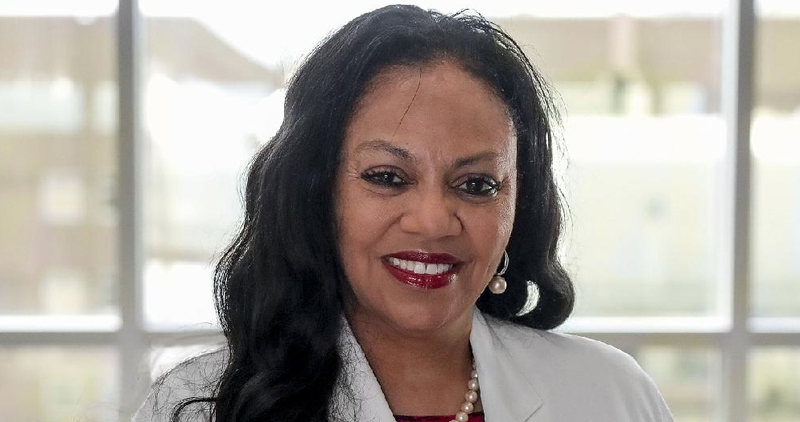 “If you haven’t had your mammogram, get screened. If you are young and you feel a lump, get it checked out. And just because you are not old enough for a mammogram and you have a lump does not mean you should not get it checked out.” - Dr. Ronda Shirletta Henry-Tillman

As a teenager growing up in Blytheville, Dr. Ronda Henry-Tillman would wait with her five sisters and brother on a street corner at 5 a.m. to see if they would be picked to chop cotton that day.

A truck would come by, but only so many would be allowed to board. If they were lucky enough to be selected, they would work the fields for a little more than a dollar an hour.

"It was terrible work. It varied anywhere from $15 a day to $20. I think the last time I chopped cotton, they paid us $20 for 12 hours," she says. "Who wouldn't leave for a better life if you had the opportunity?"

Henry-Tillman took the first opportunity that came her way. At 16, she left Arkansas behind and moved to San Diego to live with her aunt and uncle, Ruth and Willie Frierson.

Her aunt made two things clear: She had to go back to high school and she had to find a job. So she enrolled in high school and found a job at the Food Basket grocery store -- first as a bagger and then as a checkout clerk.

"I was the best clerk ever, I thought, because I would cut the coupons out and save them for my customers." She thought she had found her career. Her aunt thought otherwise.

After she graduated from high school, her aunt drove Henry-Tillman to San Diego State University to show her where she would attend college. She had no idea what she wanted to study. She only knew that if she was going to continue living with her aunt, she was going to go to college.

Now she is a renowned breast cancer surgeon and chief of breast oncology in the College of Medicine, Department of Surgery at the University of Arkansas for Medical Sciences. But for a black woman from the South, that journey was not easy.

"Ronda has persevered despite many obstacles and has done very well for herself and contributed so much to the people of Arkansas," says Dr. V. Suzanne Klimberg, a fellow breast cancer surgeon in Texas and Henry-Tillman's friend and mentor.

Henry-Tillman made the decision to pursue a medical degree after a chance meeting with a pre-med student. But when she mentioned it to advisers, they said she wasn't qualified -- she wasn't taking the right classes and didn't have the right background.

She met with a pre-med counselor and worked on a plan. After doing well on the Medical College Admission Test, she was accepted into the University of California-San Diego School of Medicine.

From her first anatomy class, she wanted to be a surgeon.

"It was just the thought of being able to look at the body and visualize how to remove, put something back together, take care of it," she says.

While the chairman of the med school told her that he didn't believe females should be surgeons, he did give her a letter of recommendation.

She applied to as many schools as she could afford, including UAMS. It was a match. But she had never been to Little Rock. She first visited the capital city when she interviewed for the residency.

And she found herself back in Arkansas -- the state she had escaped as a teenager.

She found she was one of two women in the residency program and the only black person.

"It didn't look promising, but it worked. It worked in my favor. It was a great training program. I had a great experience here."

Despite the obstacles, Henry-Tillman says, she gave "everything that I had to give" to become a surgeon.

"As an African American female you are always treated differently. ... I have learned to look at things always in a positive light because it is never about me, it is always about them. My faith in God has shown me that as long as I am doing the right thing, then it's the right thing for me."

Today, some 300 new breast cancer patients and 150 benign cases come through the UAMS Breast Cancer Clinic each year. Henry-Tillman's youngest patient was 13. The oldest was 102.

That centenarian was in the room while Henry-Tillman and others discussed what do to.

"She said, 'You know y'all are sitting around talking about I don't know what.' She said, 'I want my breast cancer taken care of.'"

Henry-Tillman's mother, Shirley Henry, had breast cancer but died of heart disease. Shirley was a homemaker, seamstress and worked for the Kmart in Blytheville for many years. Her father, Winsley Henry, was a carpenter and retired from the U.S. Air Force. He lives in Blytheville.

While there is a history of breast cancer in her family, she has not had cancer. She is a huge proponent of annual mammograms -- family history or not.

"If you feel a lump and someone tells you you are too young to have cancer, that's a myth. If you feel something, go to your doctor and have it checked out."

Henry-Tillman performs multiple breast cancer surgeries a week. When one of her patients saw her being photographed, the woman practically squealed, saying, "I love Dr. H-T."

Henry-Tillman says she strives to build a trusting relationship with her patients. "You are allowing me to put you to sleep, to wake you up, and it's going to be OK.

"There's one ultimate decision maker on life and death, and I believe that is God," she says. "You may not die from your cancer. You may die from something else."

Dr. Kent Westbrook, a professor in the Department of Surgery at UAMS, says he got to know Henry-Tillman when she was a resident training to become a surgeon. He describes her a someone who has "always worked hard, cared about her patients and is always open and honest."

"She a tremendous example of what someone can accomplish when they work hard," Westbrook says.

Henry-Tillman trains other surgeons, including the doctors at the Biamba Marie Mutombo Hospital in the Democratic Republic of the Congo. NBA Hall of Famer and philanthropist Dikembe Mutombo founded the hospital more than a decade ago.

She travels to Africa every few years to share breast surgical techniques and medical procedures with care providers who have limited access to equipment or advanced education. All of the doctors she trains are male.

When Henry-Tillman was invested in November 2017 as the recipient of the Muriel Balsam Kohn Chair in Breast Surgical Oncology at UAMS, Mutombo spoke at the ceremony, praising her work in Africa.

And she is chairman of the Arkansas Medical Marijuana Commission. She was asked to serve by Gov. Asa Hutchinson and elected chairman by the rest of the commission. Amendment 98 to the Arkansas Constitution legalizing medical cannabis was approved by voters in 2016. But court challenges and regulatory hurdles bogged down implementation, frustrating patients and business owners.

In hindsight, would Henry-Tillman have accepted the governor's request?

"I should have known better. ... I just didn't understand the politics of marijuana and the money that it required to build such a program," she says.

Henry-Tillman met her husband, Robert Tillman, through a mutual friend. They have been together since their first date, to an Elton John-Billy Joel concert. She moved in with him after six months of dating, and he proposed six months later. She was in her fourth year of residency at UAMS.

Robert, an orthopedic physical therapist and president of Orthopedic Rehabilitation and Specialty Centers, proposed with a one-carat diamond -- no band. The lone diamond was later set in a simple band.

"I wanted to make sure she liked the diamond before it was set," Robert explains.

Today Henry-Tillman is on her third wedding ring. She lost the stone from the first ring years ago. Her second ring was flushed down the toilet by their children, Anders, 12, and Savannah, 13.

Robert says the current ring features "the type of diamond I feel like she deserves."

The Tillmans are "church folks," Robert says, who attend Faithful Temple Church in west Little Rock. They have daily spiritual discussions with their children, and the couple try to install the concept of "a decreased margin of error," he says.

"Women have to work harder to get in. As a minority, it is true that you have to be a little bit better most of the time," he says. "You have to stay focused and work hard. That's the concept of the decreased margin of error."

"She is ambitious, but what really drives her is helping people. Her ministry is to help. ... I know she is doing things that are really good for people. She has a servant's heart."

• MY PET IS: A Chihuahua named Bolt.

• I READ: A lot of science, like medical journals.

• I COLLECT: Crystal. I love crystal. Both my husband and I collected crystal, and it's very fragile, and when the kids were little we stopped because we had to get a case and put it in. We had to baby-proof the house.

• PEOPLE SAY I LOOK LIKE: My sister, Beverly Young, and I look just alike and we sound just alike.

• I LOVE TO WEAR: Tom Ford -- a black jacket and black pants and shoes. That's my uniform. I don't like simple. ... I like conservative but unique.

• MY FAVORITE PLACE IN THE WORLD IS: Nassau, Bahamas. It's easy to get to, I love the water, and the flight is short from Arkansas.

• MY FAVORITE DINNER IS: Crab legs and broccoli, corn and okra mixed together.

• MY FANTASY DINNER PARTY WOULD INCLUDE: Oprah, my husband, Johnny and Dr. Kent Westbrook, my whole breast team, all of my family, Dr. Charlie Wagner, my Link sisters. And I would want my pastor -- Ronald Young -- to speak.

• IN THE SHOWER I SING: Diana Ross

• THE ONE WORD TO SUM ME UP: Courageous 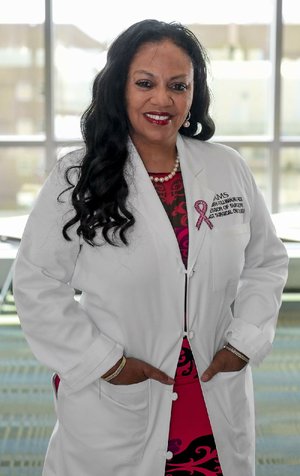 Photo by John Sykes Jr.
“If you haven’t had your mammogram, get screened. If you are young and you feel a lump, get it checked out. And just because you are not old enough for a mammogram and you have a lump does not mean you should not get it checked out.” - Dr. Ronda Shirletta Henry-Tillman 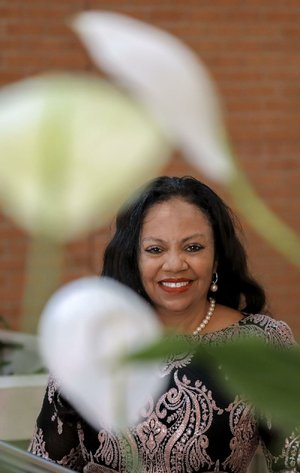 Photo by John Sykes Jr.
“It was terrible work. It varied anywhere from $15 a day to $20. I think the last time I chopped cotton, they paid us $20 for 12 hours,” she says. “Who wouldn’t leave for a better life if you had the opportunity?” - Dr. Ronda Shirletta Henry-Tillman