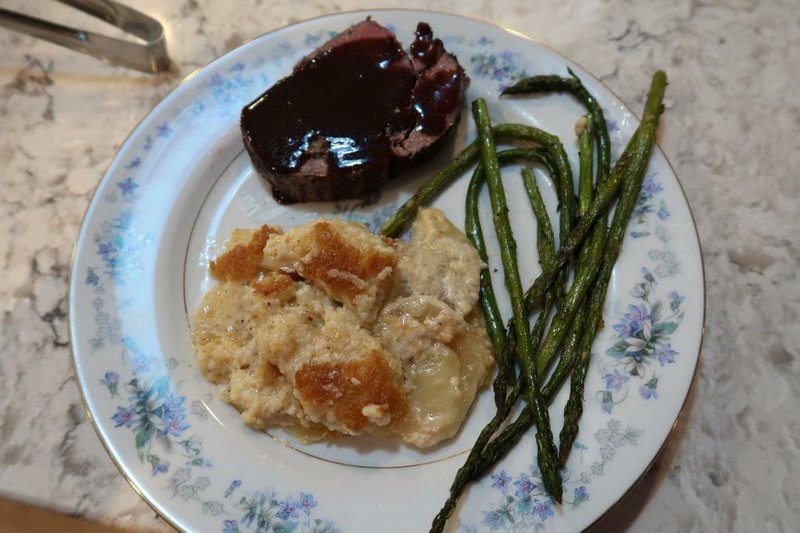 As you know, we have been participating in a supper club for several decades. When we started, it was always the third Saturday of the month, and it was somewhat sacrosanct, we did not miss it. As we have aged, we mellowed and picked a Saturday that fit all our schedules, and we sometimes even skipped a month or two. For a while supper club was becoming fairly irregular. My schedule was crazy and I wasn't the only one. It seems we are beginning to slow down and have more time to plan. Clay is now the only one who works full time, and he typically doesn't do much of the cooking. Tonight was the third Saturday, but it also worked for all of our schedules, and since it was so close to Valentine's Day, I made it my theme. 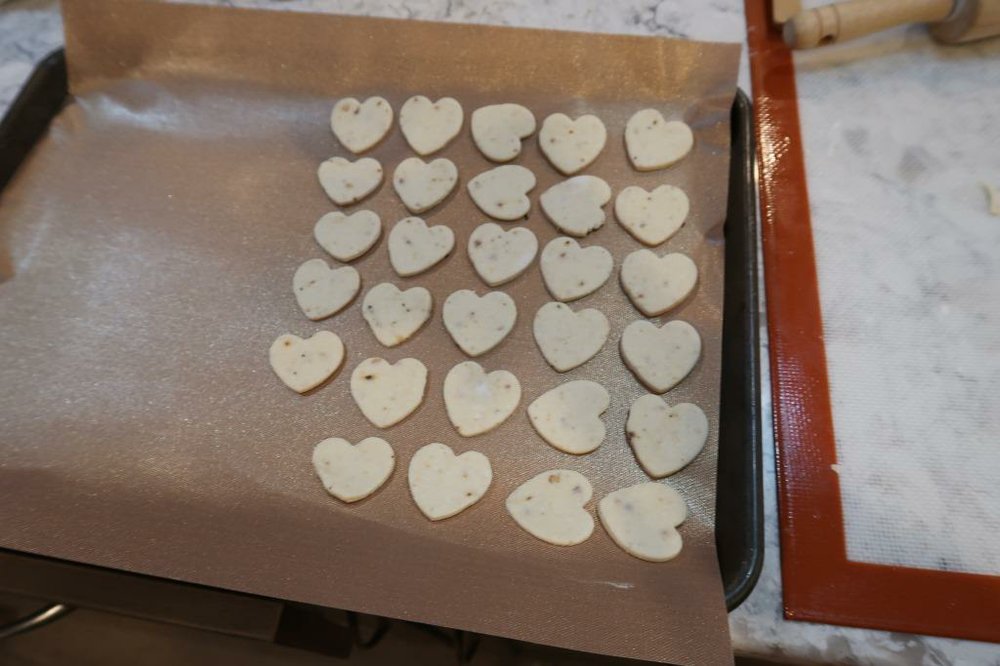 I thoroughly enjoy entertaining, and while I did entertain when I was working, I can tell you that dinner parties were much more harried--finding time to plan a menu, buy the ingredients, cook and set up, then clean up had to be juggled with everything else. Having time made this the least stressful dinner party I have ever had. It was not a simple menu, but my new goal is to try to do as much in advance, and do things that don't require as much work at the end when I want to visit with friends. And that is just what happened! I not only had almost everything done in advance, I even had time to sit down and read a book during the day! 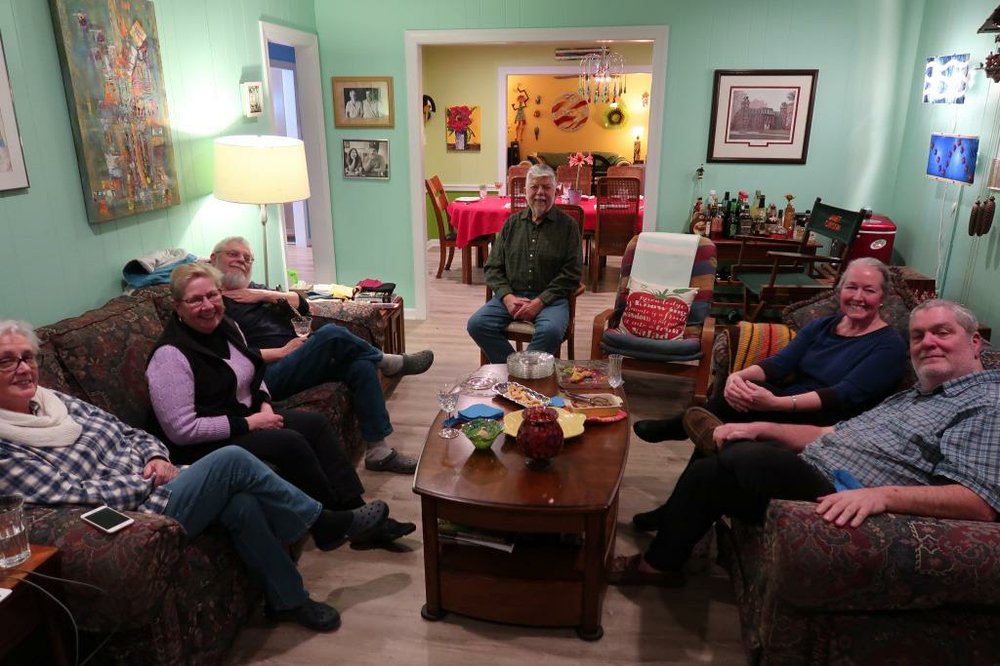 I made it all except the dessert which was Clay's domain. It was decadent and good. 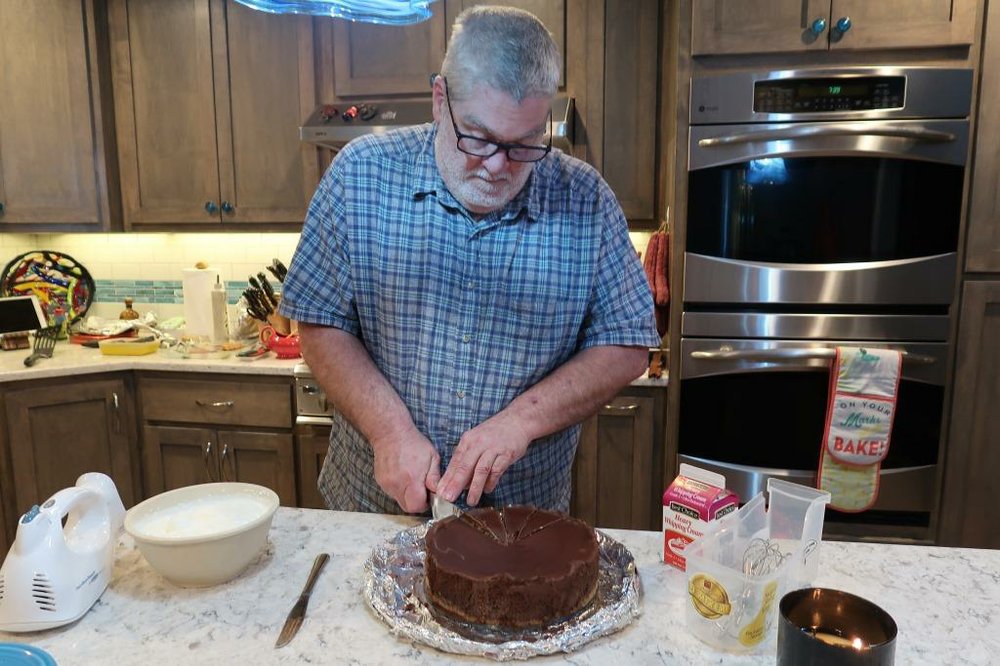 Interestingly enough, Clay liked everything! Clay is a somewhat picky eater and if he had his preference he would have pizza or meatloaf--every day. Fancy food is not his thing, and he often prefers to stick with basic ingredients, so I was somewhat surprised that he liked everything, especially the artichoke soup (which was quite tasty and simple). 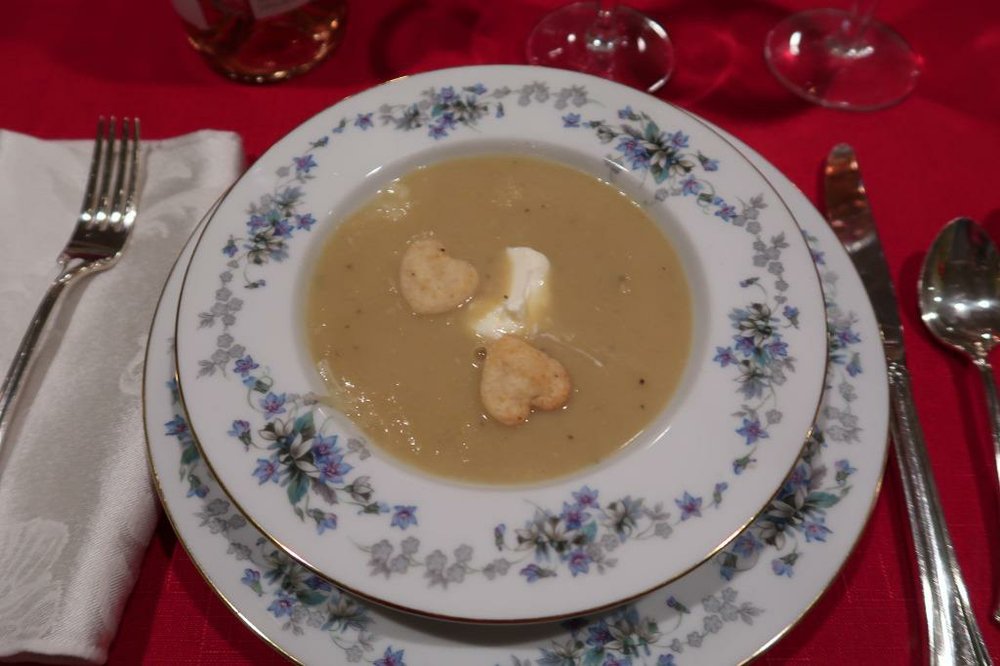 I think that is one of the reasons I like to entertain (besides the fact that I like parties) so I can expand my repertoire and serve to people who enjoy it. I do occasionally make unusual or fancy things for our regular dinners, and Clay has to suffer through, but I often cater to what he likes. My favorite Clay and food story is one night he came home and said what's for dinner. I had made lamb chops, polenta and asparagus. He said "can't we just have normal food?" --meaning pizza or meatloaf.

I used my Mother's china, since her set has soup bowls and mine does not. It kind of felt like she was with us. I used my crystal and silverware. Since I got fiesta ware, I tend to use that instead of getting the good stuff out, but it was nice to use this for a change 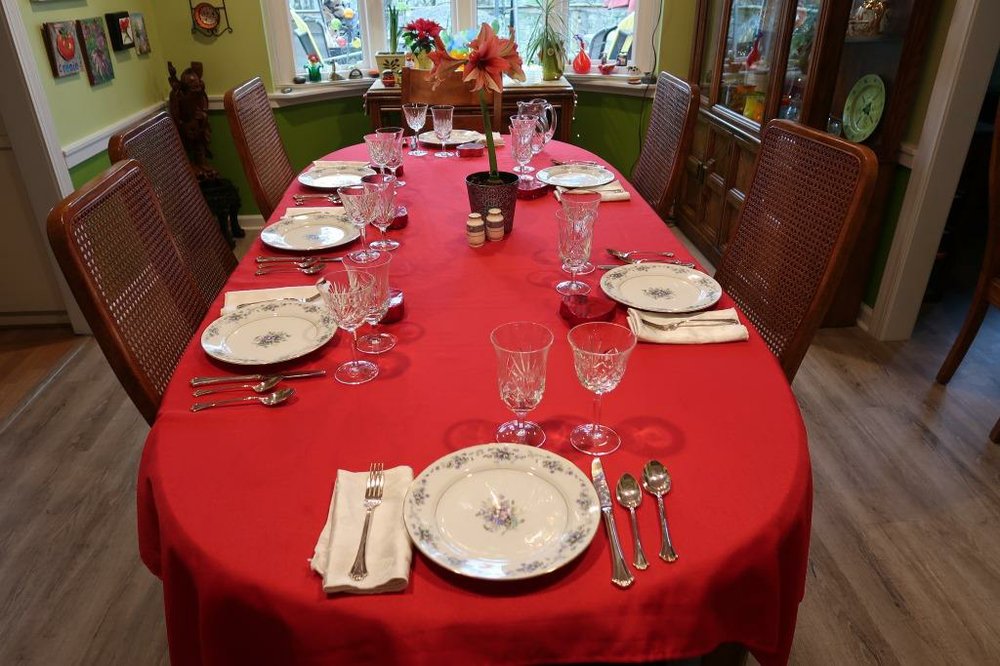 We had a great time visiting, laughing and of course, eating! 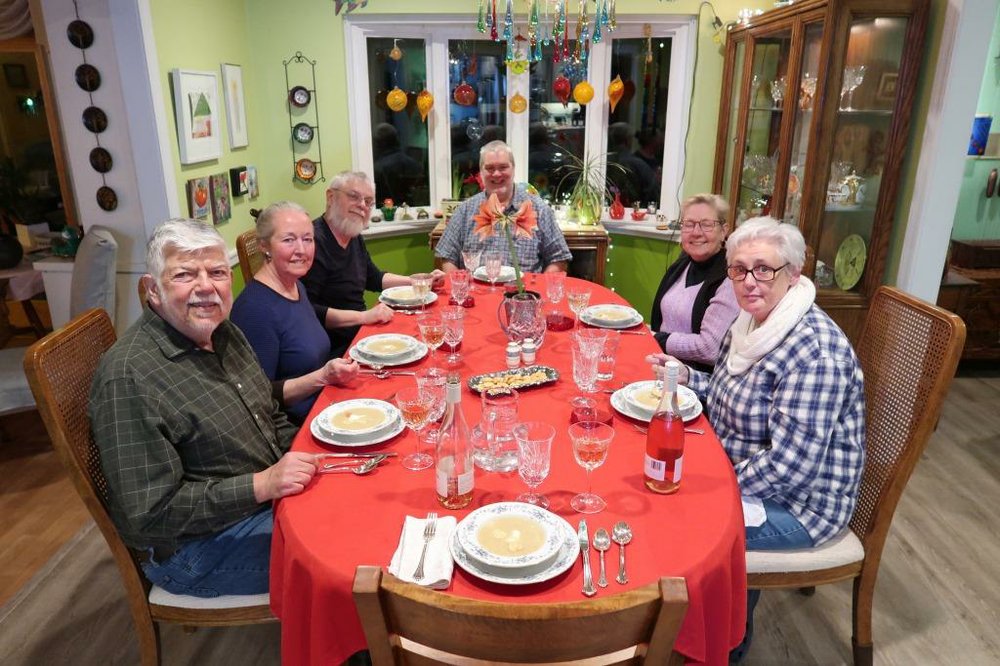 A good time was had by all, but I think I had the most fun. I can see even more entertaining in my future!