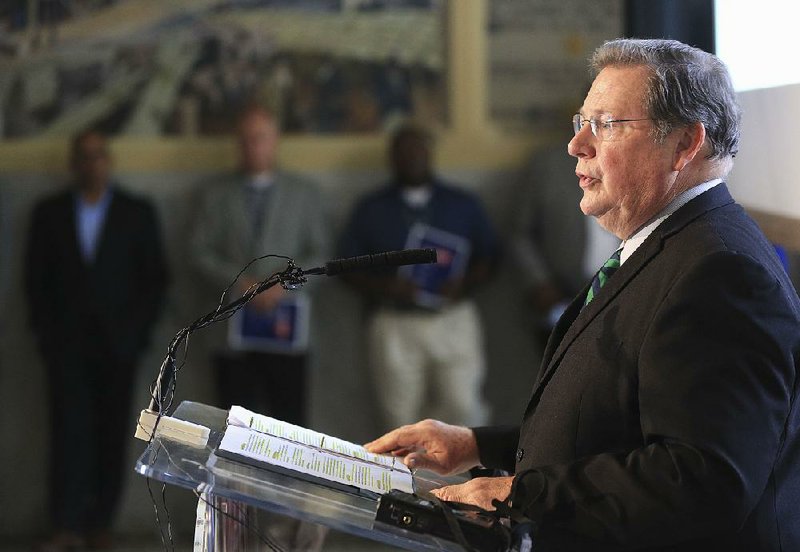 Former Little Rock Mayor Mark Stodola will be paid $160,000 in compensation for unused paid time off, about $34,000 less than what he said he believes he is entitled to.

City directors voted 7-2 on Tuesday to approve a resolution setting the compromise with Stodola.

The document says the $160,000 payout is a compromise to keep the matter out of court.

The 211.73 hours of unused sick leave will be donated to the city's catastrophic leave bank, a program that allows city employees who have exhausted their own leave to apply for more time off if they need it.

The issue of how much a Little Rock mayor should receive upon leaving office stems from the 2007 ordinance that makes the once-ceremonial role a full-time one with additional powers and a six-figure salary. That legislation states that the mayor's salary and benefits must be "comparable" to those of the highest-ranking municipal official. The city has somewhat aligned Stodola's compensation with that of City Manager Bruce Moore, who makes about $190,000 annually. Moore's contract allows for the accrual of all paid time off to be paid at severance.

"I have a real problem that we are sitting here tonight spending $160,000 that we never heard about in the years that Mark Stodola was the mayor of this city," Adcock said. "I do not believe that the city owes this money."

The vote was complete within the first 10 minutes of Tuesday's 6 p.m. meeting. The item was added to the agenda earlier in the day.

Ward 5 City Director Lance Hines was absent for the vote, arriving about 6:15 p.m. When the issue was discussed at a meeting near the end of last year, Hines said paying Stodola for time off was the "lesser of two evils," since the former mayor had not received a pay raise since the position was made full-time in 2007.

When reached by phone Tuesday evening, Stodola said he actually accrued 962.44 hours of sick leave and that the amount he should have received based on city law would have been about $194,000. That's $175,495 in vacation pay based on his hourly rate and $18,507 in sick leave pay based on a city policy that allows employees to receive compensation for those unused hours based on a percentage of their hourly pay, he said.

Stodola said he was disappointed that the city was not following its own laws but that he was thankful to be able to contribute to the employee leave bank and to move on from the matter.

"This is bigger than me. This is about the law," he said. "I wound up saying, 'Hey, let's just compromise.'"