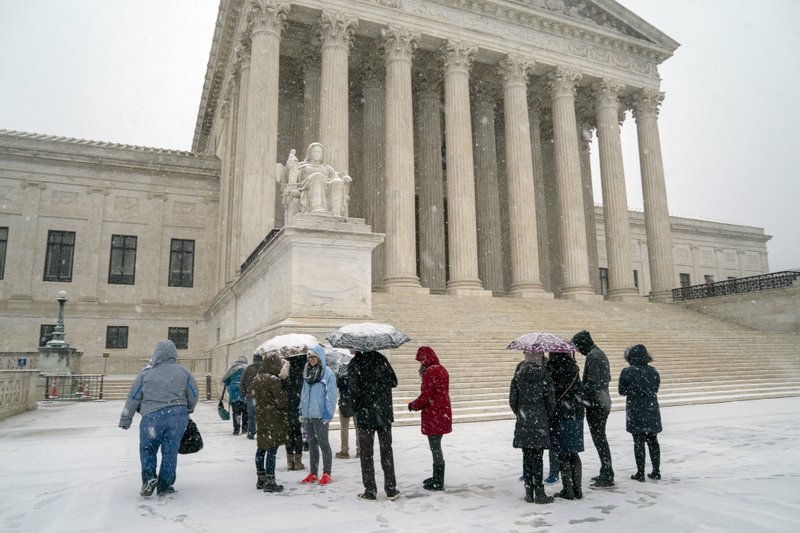 Visitors wait to enter the Supreme Court as a winter snow storm hits the nation's capital making roads perilous and closing most Federal offices and all major public school districts, on Capitol Hill in Washington, Wednesday, Feb. 20, 2019. The Supreme Court is ruling unanimously that the Constitution's ban on excessive fines applies to the states. The outcome Wednesday could help an Indiana man recover the $40,000 Land Rover police seized when they arrested him for selling about $400 worth of heroin. (AP Photo/J. Scott Applewhite)

WASHINGTON -- The Supreme Court ruled unanimously Wednesday that the Constitution's prohibition on excessive fines applies to state and local governments, limiting their abilities to impose financial penalties and seize property.

The decision delighted critics of civil asset forfeiture, who welcomed it as a new weapon in their war against what's been labeled "policing for profit" -- the practice of seizing cash, cars and other property from those convicted, or even suspected, of committing a crime.

Justice Ruth Bader Ginsburg, on her second day back on the bench after undergoing cancer surgery in December, announced the court's decision, saying the Eighth Amendment's Excessive Fines Clause protects against government retribution at all levels.

"For good reason, the protection against excessive fines has been a constant shield throughout Anglo-American history: Exorbitant tolls undermine other constitutional liberties," Ginsburg wrote. "Excessive fines can be used, for example, to retaliate against or chill the speech of political enemies. ... Even absent a political motive, fines may be employed in a measure out of accord with the penal goals of retribution and deterrence."

Groups such as the American Civil Liberties Union and the U.S. Chamber of Commerce warned the Supreme Court of abuses, with the chamber touting a national study that found "60 percent of the 1,400 municipal and county agencies surveyed across the country relied on forfeiture profits as a 'necessary' part of their budget."

The case at the court involved Tyson Timbs of Marion, Ind., who had his $42,000 Land Rover SUV seized after his arrest for selling a couple of hundred dollars' worth of heroin. Timbs has sued to get it back, and while Wednesday's decision did not dictate that outcome, it gave him a new day in court.

"Increasingly, our justice system has come to rely on fines, fees and forfeitures to fund law enforcement agencies rather than having to answer to elected officials for their budgets," said Scott Bullock, the president and general counsel of the Institute for Justice, which represented Timbs. "This is not just an ominous trend; it is a dangerous one."

The decision will not halt civil forfeitures, said Wesley Hottot, a lawyer with the Institute for Justice.

The ACLU's brief said that in 2017, 10 million people owed more than $50 billion in criminal fines, fees, and forfeitures. It described how a $100 ticket for a red-light violation in California carried an additional $390 in fees, and how New Jersey's fine of $100 for marijuana possession could lead to more than a $1,000 penalty for a poor person represented by a public defender.

Some justices, too, had become worried about the state and local efforts.

Justice Clarence Thomas wrote in a 2017 opinion that civil forfeitures have "become widespread and highly profitable."

"This system -- where police can seize property with limited judicial oversight and retain it for their own use -- has led to egregious and well-chronicled abuses," Thomas wrote, referring to reporting by The New Yorker, and an investigative series in The Washington Post that chronicled how aggressive policing tactics resulted in hundreds of millions of dollars collected from motorists not charged with crimes.

Investigations across the country have uncovered many examples in which the property seized was disproportionate to the crime, taken from innocent citizens or targeted in accordance with law enforcement wish lists. As its name suggests, a civil forfeiture does not require a criminal conviction or even criminal charges but only proof that the property at issue was used in connection with a crime. Owners who wish to reclaim their property must demonstrate that it was not, or that it was used without their knowledge.

A recent series of articles by the Greenville News examined every civil-forfeiture case in South Carolina from 2014 to 2016, finding examples like that of Ella Bromell, a 72-year-old woman who had to fight off the forfeiture of her home after drug dealers conducted transactions on her property, despite Bromell's multiple attempts to stop them.

In a similar case in Philadelphia, where law enforcement agencies once took in $5.6 million a year in civil forfeitures, according to the Institute for Justice, a couple's home was seized in 2014 after their son was arrested on charges of making a $40 drug sale there. A case against the city's forfeiture practices was finally settled last year.

The Indiana Supreme Court was among a handful of state high courts that had said that part of the Eighth Amendment did not apply to state actions.

Timbs provided the test case. The factory worker said in an interview before the Supreme Court hearing that he became reliant on painkillers after a foot injury. He moved from Ohio to Marion, Ind., to live with his aunt and to try to make a fresh start.

With money he received from a life insurance policy after his father's death, Timbs bought the Land Rover. "The rest of the money I spent on drugs," he said. When that ran out, he undertook the small-time heroin dealing.

After he pleaded guilty to selling to an undercover agent, Timbs was sentenced to home detention, probation and a court-supervised treatment program for addiction.

Indiana then hired a private law firm to file a lawsuit forcing Timbs to forfeit the car, under a state law that allows seizure of vehicles used "to facilitate violation of a criminal statute."

Timbs sued to get the car back, and a judge agreed, citing the Excessive Fines Clause and saying "forfeiture of the Land Rover ... was grossly disproportionate to the gravity" of the crime. He noted the maximum monetary penalty for Timbs' crime was $10,000.

But the Indiana Supreme Court held that the excessive-fines clause did not apply to the states. Citing Indiana's status as "a sovereign state within our federal system," the court said it would not "impose federal obligations on the state that the federal government itself has not mandated."

The Supreme Court's opinion Wednesday does not take a position on whether Indiana's seizure of the Land Rover was excessive. It holds only that the Indiana Supreme Court was wrong to say that the Eighth Amendment did not apply.

But Ginsburg noted the lower court's finding that the value of Timbs' vehicle was "more than four times the maximum $10,000 monetary fine assessable against him for his drug conviction."

As it did in earlier cases applying parts of the Bill of Rights to the states, the court based its decision on the part of the 14th Amendment that says "no state shall deprive any person of life, liberty or property without due process of law." That same provision, the due-process clause, also was used in cases that established a woman's right to an abortion and knocked down state laws against interracial marriage and gay sex.

The 14th Amendment was passed after the Civil War to ensure the rights of newly freed slaves.

Thomas wrote separately to say he would have used a different part of the 14th Amendment to achieve the same result. Thomas has long been a critic of the court's application of the due-process clause, which also is found in the Fifth Amendment. He wrote that cases that employ the provision "are some of the court's most notoriously incorrect decisions."

Thomas said he would have relied on the Constitution's language forbidding states from making or enforcing "any law which shall abridge the privileges or immunities of citizens of the United States."

Justice Neil Gorsuch also expressed his preference for the privileges or immunities clause.

The case is Timbs v. Indiana.

Information for this article was contributed by Robert Barnes of The Washington Post; by Mark Sherman of The Associated Press; and by Adam Liptak and Shaila Dewan of The New York Times. 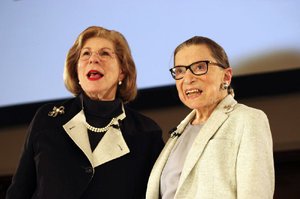 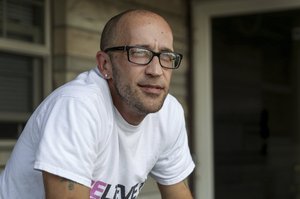 Photo by AP/The Indianapolis Star/Jenna Watson
In this Aug. 13, 2018, file photo, Tyson Timbs poses for a portrait at his aunt's home in Marion, Ind.