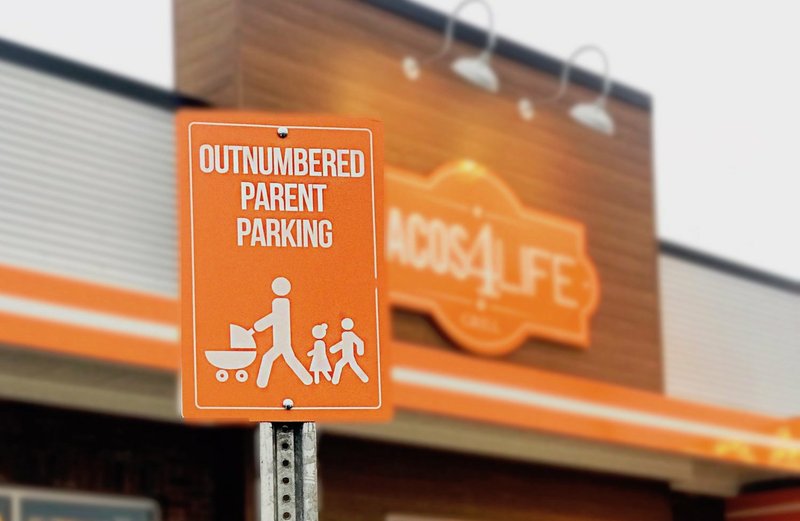 Black Bear Diner is on target to open Monday in the former Dixie Cafe in North Little Rock's Lakewood Village Shopping Center, 2724 Lakewood Village Drive. The 6,220-square-foot outlet of the Redding, Calif.-based chain will seat 170; hours are 6 a.m.-10 p.m. daily. It offers an all-day breakfast menu of massive proportions, plus a lunch that focuses on burgers and sandwiches and a more-or-less homestyle dinner menu — not so far off what Dixie Cafe used to serve, in fact. The phone number is (501) 812-0393; the website blackbeardiner.com.

Allsopp & Chapple, 311 Main St., Little Rock, opens for its first Sunday brunch this week (in conjunction with the Arkansas Symphony Orchestra's concert at Robinson Center and Chicago at the Arkansas Repertory Theatre), 11 a.m.-2 p.m. and featuring live jazz. It'll continue to open on select Sundays that are holidays or when major artistic events are scheduled for nearby downtown venues: March 17 (Evita at Robinson and Chicago at the Rep); Easter Sunday, April 21; and Mother's Day, May 12. Depending on how things go, they'll consider expanding to longer hours and/or additional Sundays. Cost is $25 (with $2 Mimosas and $5 bloody Marys), free for kids 12 and younger (no mimosas or bloody Marys until they turn 21, of course). Call (501) 902-4911 for reservations.

Owner Au Tran says he's still waiting on the delivery of a vent-a-hood and does not yet have a firm target to open That Ramen Place, 5711 Kavanaugh Blvd. in Little Rock's Pulaski Heights. Call (501) 414-0284 or visit the Facebook page.

We could also see as early as this week the opening of the Little Rock Hurts Donut Co. branch, 107 E. Markham St. A Feb. 16 Facebook post certifies that as the street address about which co-owners Connor and Heather Grimes have been officially cagey as the location where job applicants should show up this past Monday, and hints at "a chance to attend our VIP Night before we open." Keep track via the Facebook page (facebook.com/Hurts-Donut-Little-Rock-Arkansas-989386394574524); visit wannahurts.com/where-it-hurts.

We reported back in September 2017 that Baton Rouge-based Walk-On's Bistreaux & Bar was planning to open five Arkansas restaurants, three in the Little Rock area and two in Northwest Arkansas. A spokesman for the chain/franchise operation (co-owned by New Orleans Saints quarterback Drew Brees) confirms that those franchises are now in place and that another franchisee "has secured rights to Fort Smith ... and is in final due diligence with locations in Rogers and Conway. Those are looking like they will be the first two locations in Arkansas." Meanwhile, a check of the website, walk-ons.com, reveals locations "coming soon" — as yet unconfirmed, however — at 221 W. Second St., Little Rock; 3103 Grand Ave., Fort Smith; and 896 W. Lawson St., Fayetteville. Chris McJunkins, owner of three Louisiana Walk-On's locations (in Shreveport, Bossier City and West Monroe) and listed in the 2017 news release as an Arkansas franchisee, described it as offering "incredible Louisiana-style food, our wide array of cocktails and craft beers, the family-friendly sports atmosphere and our commitment to outstanding customer service."

That Little Rock address, by the way, is for the Pyramid Building and we're still trying to scope out whether or how that affects the previously reported plans at that address for Wicked Taco, a storefront incarnation of the Grills on Wheels Mexican food truck. A message left via the Grills on Wheels phone number, (501) 291-3350, was not returned by deadline.

Spotted on a Facebook post for Tacos 4 Life's Little Rock location, 2630 S. Shackleford Road, a sign designating parking spaces at the front door for "outnumbered parent parking," which allows parents with multiple youngsters easier access and a shorter journey from the car to the restaurant. A spokesman says it's "becoming a staple at all new locations" of the Conway-based mini-chain, "and we are slowly adding it to existing locations."

The Department of Arkansas Heritage announces the selectees for the Arkansas Food Hall of Fame, 5:30 p.m. Monday at the Ron Robinson Theater in Little Rock's River Market. Honors are being awarded in five categories — Food Hall of Fame, Proprietor of the Year, Food-Themed Event, Gone But Not Forgotten and People's Choice. Tickets are $20. Visit ArkFoodHOF.com.

Little Rock painter Bob Snider, whose output includes representations of the races and activities at Oaklawn Park, will be the featured artist for the monthly Art & Wine Dinner at The Avenue, in The Waters hotel, 340 Central Ave., Hot Springs, 7 p.m. Sunday. Snider will share some of his inspirations, techniques and styles during a brief gallery talk; his work will remain on display in the restaurant for the coming month. Executive chef Casey Copeland has paired wines with each of the five courses, which include dishes titled "Citrus Chicken Melody," "Serenity of the Magic Mushroom," "Wild Flight of the Duck," "Southern Braised Beef" and "Field of Fruit & Flowers." Cost is $80. Call (501) 625-3850 for information and reservations.

And Petit & Keet, 1620 Market St., Little Rock, will donate 20 percent of its sales through Saturday to establish a fund for staff members of The Red Bar in Grayton Beach, Fla., and their families. The restaurant-bar, co-owned and operated by Petit & Keet co-owner, Louis Petit and his sons, was destroyed in a Feb. 13 fire. Petit & Keet officials say Petit is at the Little Rock restaurant this week to greet patrons. Petit's son Oliver announced shortly after the fire that the family plans to rebuild the establishment, popular with locals and tourists, many of them from Arkansas: "I want to tell our patrons and my staff that we will be back, and we will rebuild to the exact previous specifications — maybe with a better bathroom. Life goes on." Visit the Facebook page.