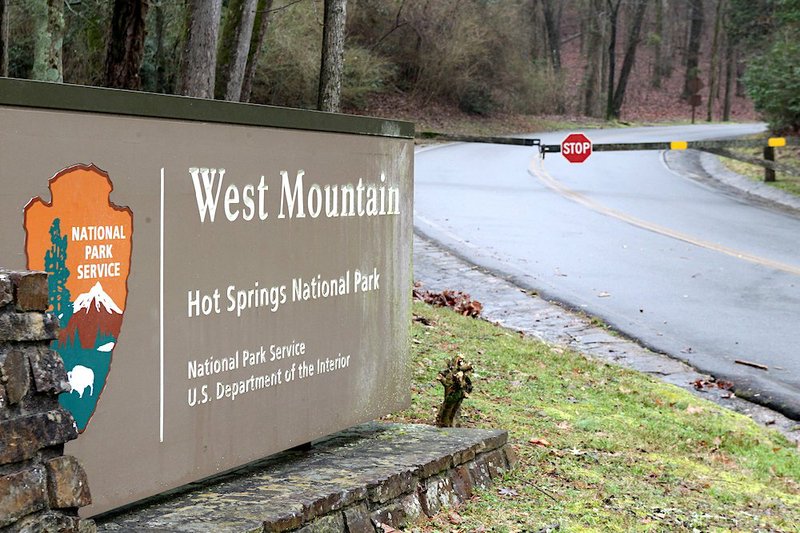 The Sentinel-Record/Richard Rasmussen The Whittington Avenue entrance to West Mountain was closed Friday morning as the National Park Service and Hot Springs police investigate a shooting that occurred Thursday night at the West Mountain overlook.

Authorities were investigating after park rangers found a person at a Hot Springs National Park overlook with an apparent gunshot wound.

The National Park Service said the shooting happened at about 7 p.m. Thursday at the West Mountain Overlook.

The victim was brought to a local hospital for treatment and was in stable condition Friday afternoon, the park service said.

Authorities haven't said what led to the shooting or if anyone has been arrested.

The park service said in a statement that it doesn't believe there's an ongoing threat to public safety, though it did close a few trails in the area. The West Mountain Summit and all trails on West Mountain had been reopened by 4 p.m. Friday.

Park officials said they were still investigating the shooting.

The Hot Springs Sentinel-Record contributed to this story.