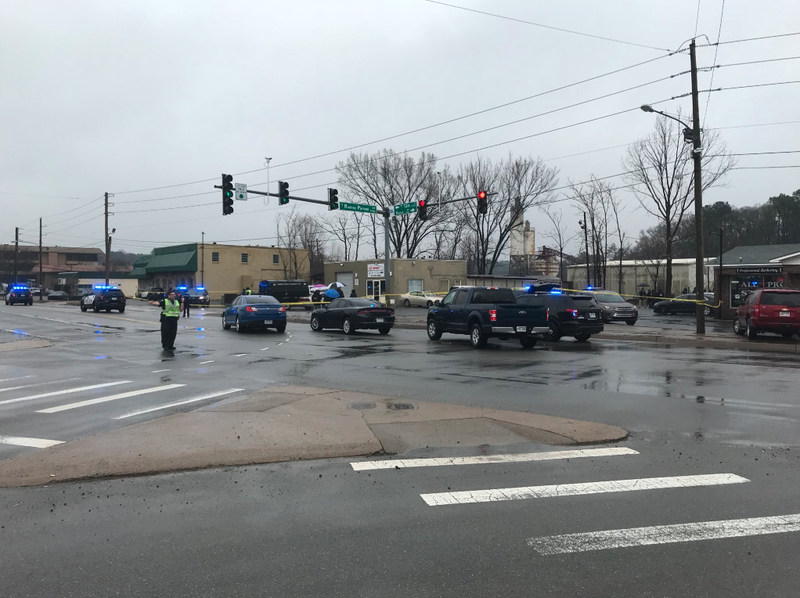 A Little Rock police officer fatally shot a person during a traffic stop after the driver of a suspected stolen vehicle accelerated and hit the officer Friday morning, authorities said.

Little Rock police officials said officers stopped a vehicle that was flagged as being stolen shortly after 11 a.m. near 12th Street and Rodney Parham Road.

The vehicle stopped but then accelerated toward and hit the officer who opened fire and fatally shot the driver, acting police chief Wayne Bewley said at the scene.

He confirmed the male driver died at the scene and that a female passenger with him wasn’t injured.

The officer, who was injured by the vehicle collision, had been released from the hospital Friday night, police spokesman Lt. Michael Ford said.

Police hadn't identified the people in the car nor the officer as of Friday night.

Bewley said the department wasn’t sure if the person who was fatally shot was armed but added that “it doesn’t appear the shots were fired by anyone other than our officer.”

The incident triggered a large police response to the mostly commercial area south of Interstate 630.

Police were interviewing at least one witness who was driving by as the shooting took place, Bewley said.

Travis Caudell, a sales manager at a nearby printing business, said he heard about 10 shots fired “back-to-back” and came outside and saw an officer “limping bad.”

Caudell said he saw a black Honda slowly coast and hit a fence.

Mayor Frank Scott Jr. met with police leaders after the shooting but wasn't prepared to make a statement early into the investigation, a spokeswoman said.

It also comes just days after an officer opened fire early Sunday in the area of West 28th and Longcoy streets. Police in that case said an officer returned fire after a gunman turned and shot toward the officer.

Tyler Deshawn Ashford, 18, was identified as the suspect after he sought treatment two days later for a gunshot wound to the leg.

Ashford was charged with attempted capital murder earlier this week ahead of a Feb. 26 court hearing.