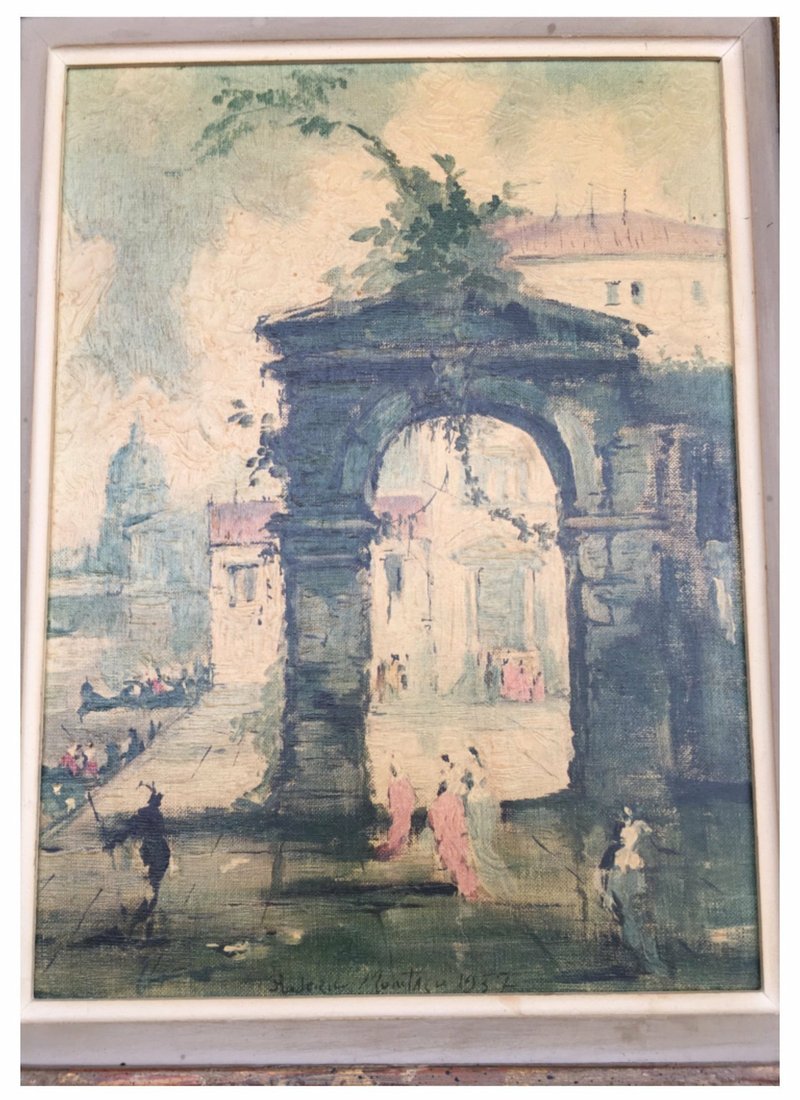 Knowing the size of an object is vital when valuing art and antiques.

DEAR HELAINE AND JOE: I read your column in the Arkansas Democrat Gazette. I have a couple of items I would like to know more about and am attaching five pictures for you to review. I bought these two paintings a few years ago at an estate sale in my neighborhood. It was the ornately carved frames that caught my eye. The artist's signature appears to be Roderic Montague followed by the year -- either '32 or '52. Any information would be greatly appreciated.

DEAR J.M.: It is hard to judge paintings from photographs. Are they oil on canvas? Are they watercolor or gouache? Most importantly, are they merely prints? We believe the two images in today's question are probably original oils on canvas or textured artist board because in the photographs we can see some threadlike areas under the paint.

We wonder if J.M. will be surprised when we tell her the last name of the artist who created her paintings was O'Connor. Roderic Montagu O'Connor was a French/American/Irish artist born on Oct. 29, 1907, in Clamart, France (a suburb of Paris).

His father was the American sculptor Andrew O' Connor. There were four male children in the family, and Roderic sometimes exhibited with his younger sculptor/painter brother, Patrick (1909-1997).

O'Connor is usually classified as an Impressionist and a muralist, but to some eyes there is a touch of surrealism thrown into his work. He is known for his watercolors/gouaches and his oil compositions depicting Roman architecture and ruins, Venetian scenes, portraits and figural work, as well as landscape. For some reason, he signed his work only with his first two names, "Roderic Montagu." This can be somewhat confusing for collectors.

Unfortunately, O'Connor's paintings can bring relatively small amounts of money. We even found one image that sold for a mere $11, but that is the exception. His larger and better works can sell for close to $1,000, but most of the examples we found sold in the $200 to $300 range. The price depends on size, subject matter, detail and the circumstance under which it is being sold.

Sadly, J.M. did not tell us the size of her paintings so we cannot even suggest a price, but she can do further research on eBay and liveauctioneers.com. The date on the piece is almost certainly 1952.

Helaine Fendelman and Joe Rosson have written books on antiques. Do you have an item you'd like to know more about? Contact them at Joe Rosson, 2504 Seymour Ave., Knoxville, TN 37917, or email them at treasures@knology.net. If you'd like your question to be considered for their column, please include a focused high-resolution photo of the subject with your inquiry.