Entergy's meters to get smarter in Arkansas 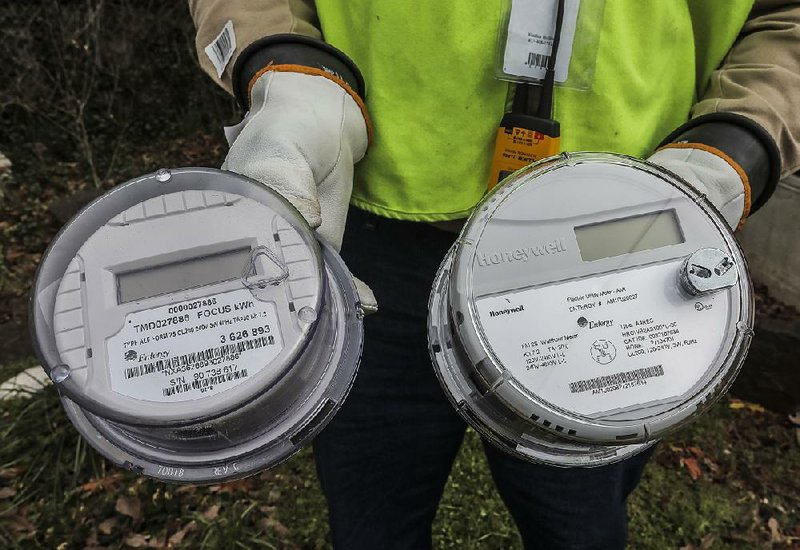 Entergy Arkansas is in a three-year process of installing advanced meters, also known as smart meters, for each customer in its 63-county area.

"We have 700,000 customers and every one has a meter, some more than one," Kerri Case, an Entergy spokesman, said. "Every single meter will be changed out."

Entergy took about two years to get all the infrastructure prepared for the change to smart meters, Case said.

"Everything was upgraded so that the last step was switching out the meters," Case said.

The majority of meters Entergy will use are made in Mexico by Honeywell, said Tommy Thornton, supervisor for deployment of Entergy Arkansas' automated metering infrastructure. The meters are made of plastic and metal with a small computer inside, Thornton said.

Entergy started installing the meters this year and plans to complete the process in 2021. About 4,000 have been installed so far. 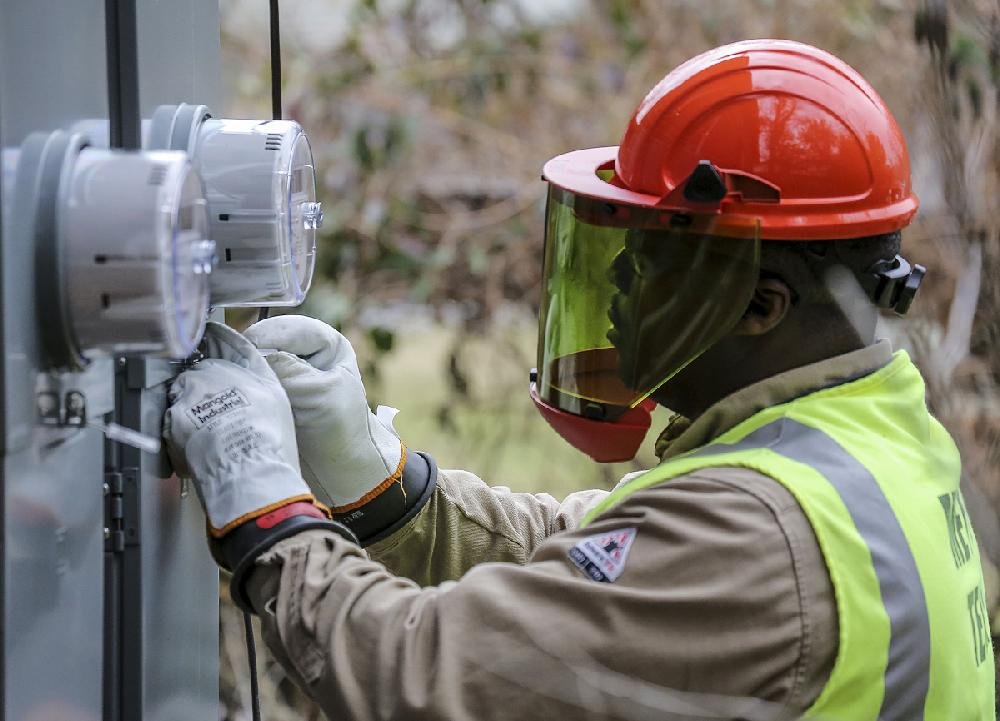 The old meter on the left is being switched out for the meter on the right that offers customers Internet access to details on electricity usage.

There are several reasons to convert to the new smart meter technology, which was approved by the state Public Service Commission, Entergy Arkansas said.

Once enough meters have been installed, Internet technology will allow customers to view details of their electricity usage on a one-day delay, Case said.

"That will help customers manage their energy usage," Case said. "They can see when they're using a lot of electricity, whether there's an inefficient appliance, and they can adjust their usage so they can reduce how much they are consuming and that will lower their bill."

The new meters also will allow Entergy to know more quickly when and where there's a power failure, Case said. That should allow Entergy to dispatch linemen quicker and restore power faster.

The customers' cost for the meters is part of Entergy's infrastructure upgrade and is not a line item on the monthly bill, Case said. The cost for smart meters is already figured into customer rates, Case said.

Entergy negotiated a price with Honeywell and declined to disclose what the price per meter is, Case said.

The cost of a residential smart meter at the North Little Rock Electric Co. is about $165 each, said Jill Ponder, director of business operations for the company.

A commercial meter, which has a variable voltage or amperage, costs about $460, Ponder said.

North Little Rock Electric began switching out meters in 2012 and is basically finished, Ponder said. The company has installed 37,150 residential meters and 2,350 commercial meters, she said.

Scope Services of St. Joseph, Mich., is installing the smart meters for Entergy in Arkansas. There are four teams of about 10 workers performing the Arkansas work, starting in Little Rock, Cabot, Magnolia and Lake Village.

"When they finish in one town, they roll over to the next town," Thornton said.

About 90 days before visiting an area, Entergy notifies customers, either by mail or email, that their meters will be switched out, Thornton said.

Then a second communication is sent out about four weeks before the visit, he said.

"When we get there, we knock on the door and tell the customer what we're going to do," Thornton said.

Then the contractor returns and tells the customer when the work is finished, Thornton said. The whole process takes only a few minutes. With the power out for a few minutes, it is necessary to reset clocks.

It isn't necessary for the customer to be home for the meter to be replaced, Thornton said.

Fires related to smart meters have been reported in some cities in recent years.

There were reports in Saskatchewan, Canada, in 2014 of several unexplained fires involving about eight smart meters, according to reports by Canadian Broadcasting Corp. Eventually, the Saskatchewan government ordered the province's electricity utility, SaskPower, to remove 105,000 smart meters that had been installed in homes and businesses.

By last year, the American company that sold SaskPower the meters had been sold. And SaskPower was installing meters with new technology.

"We're going to be changing the deployment strategy to do fewer every year and taking probably five or six years to deploy, instead of doing mass deployment," Mike Marsh, SaskPower's president, said.

Case and Thornton said they were unfamiliar with instances where smart meters caught fire.

The advanced meters are no more likely to catch fire than the older dial meters, Case said.

The advanced meters have to meet all of the national safety standards and Entergy follows up with even more testing, Case said.

Print Headline: Entergy's meters to get smarter in Arkansas