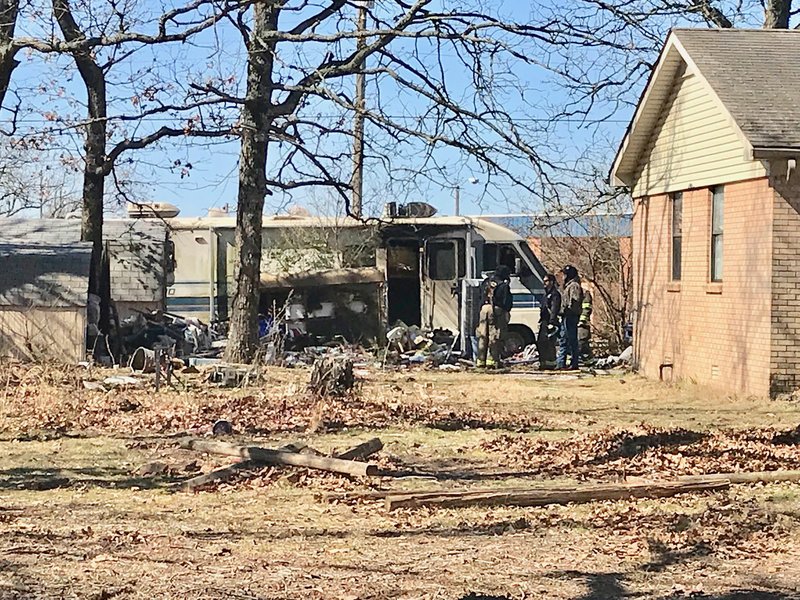 Westside Eagle Observer/JANELLE JESSEN Firefighters stand outside of a motorhome in Decatur which was destroyed by fire on Sunday morning (Feb. 24, 2019). A Decature man died in the fire.

DECATUR — An Arkansas man was killed Sunday in a motorhome fire in Decatur, officials said.

When police arrived, people were attempting to put the fire out with a fire extinguisher and water hoses from the home. They said they believed a man was still inside the motorhome.

When the Decatur Fire Department extinguished the flames and entered the motorhome, they found one victim who was later identified as 41-year-old Ronnie Spence of Decatur, according to the release.

The cause of the fire is under investigation.