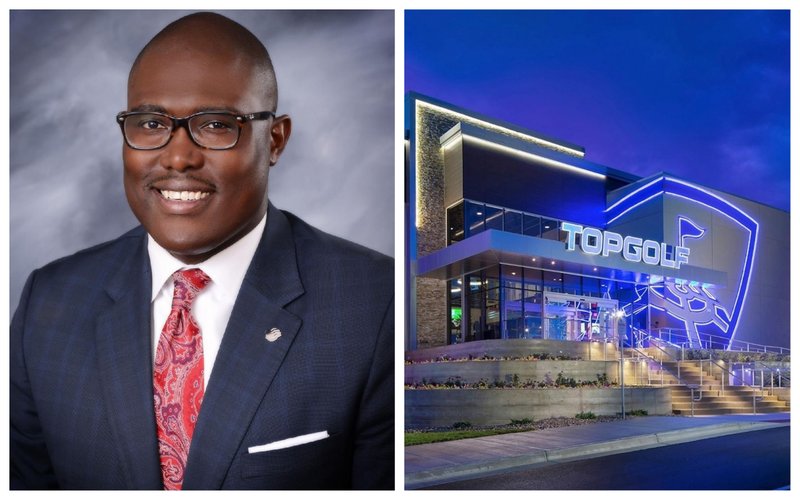 After a graduate student told Little Rock’s incoming mayor he'd "be a legend" if he brought all-season golf hub Topgolf to the city, efforts to do so are moving ahead following recent meetings between city leaders and the company.

News of the meetings has triggered interest among at least one other central Arkansas city, setting the stage for a possible bidding match for a metro-area location in the near future.

The Little Rock mayor previously hinted at wanting to draw Topgolf to the city, saying shortly after his election to office in December that it would boost entertainment options.

His responses came after a graduate student wrote to Scott on Twitter, saying: “if you help get @Topgolf to Little Rock you will be a legend!”

Last year, the company filed plans to build an 11-acre facility by 2020 in Rogers — the first in the state — and now it appears to be eyeing central Arkansas, even though a Topgolf spokeswoman said Monday it doesn't have “additional plans for Arkansas.”

Scott first mentioned the meeting during an unrelated appearance on KARK-TV, calling it “a really good opportunity.”

The appearance sparked interest for officials in Maumelle who are also angling to attract Topgolf.

Maumelle Mayor Caleb Norris said in a recent interview that the Interstate 40 interchange that’s being finished this year could make an ideal spot for a facility.

He pointed to several hundred acres of available land that’s poised for development and attracting a business like Topgolf could provide an economic jolt.

“We think we can put together and make it worthwhile for Topgolf,” Norris said, adding that a Maumelle facility would attract visitors from Little Rock and Conway.

The company operates more than 50 venues in the world, but many of its U.S. centers are outside of the urban core of cities or in suburbs. Its locations typically include simulated golf courses and other games, as well as full bars and restaurants.

Little Rock plans to continue meeting with Topgolf in the coming weeks, a spokeswoman for the mayor said.