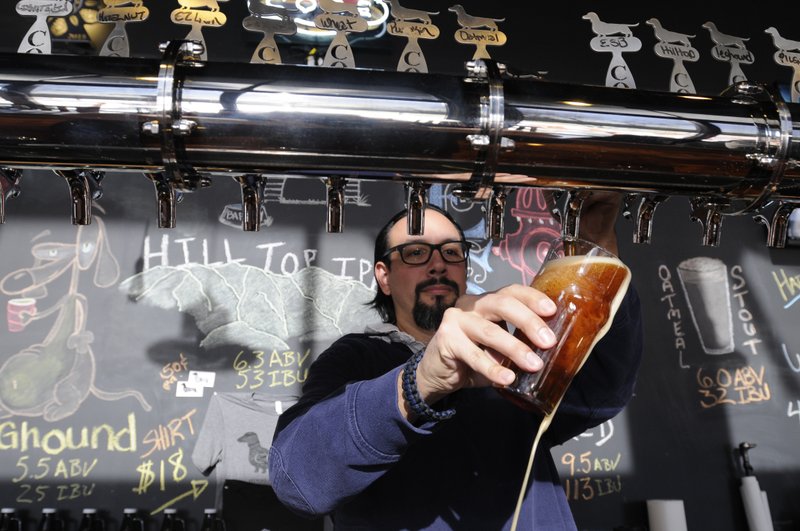 Core Brewing is closing down four of its pubs in Northwest Arkansas and plans to reopen and renovate the taproom at its Springdale brewery in April.

The state's second-largest craft brewer is shuttering its Fayetteville location on Mall Avenue, along with its public houses at Pinnacle Hills in Rogers and downtown Bentonville on Thursday. It will close its downtown Springdale pub on Emma Street at the end of March.

Chris Reed, president and chief executive officer of Core Brewing, said Monday the brewery is a small company and closing the locations will help it focus on its beer and beer production. He noted the brewery itself is the heart of Core so plans are to focus on that, opening a larger and freshly renovated taproom there, where visitors can see the beer being produced as they enjoy it.

Core Brewing will continue to operate its public houses on Mission Boulevard in Fayetteville, along with its locations in Little Rock, Fort Smith and Hot Springs.

Core operated a taproom at the brewery after major expansions in 2013 to meet growing demand. Core also rolled out its first brew pubs that same year. It closed the brewery taproom in 2016.

The new taproom at the brewery is expected to open in early April. The renovated space will have more room, games and at least 24 taps.

"The brewery is where everything is happening," Reed said. "We want to immerse our customers in that."

Bart Watson, chief economist for the Brewers Association, a trade group that supports craft brewing, said many breweries are looking at their business models and focusing more on key elements of their business where they see the best potential for growth and profits.

"It's hard to do everything and be good at it," Watson said.

Core Brewing Co. was Arkansas' second-largest beer producer in 2017 with 4,409 barrels, or about 11 percent of all beer brewed statewide, according to state records. Little Rock-based Lost Forty Brewery was Arkansas' top beer producer in 2017 with just over 12,000 barrels or nearly a third of all beer made in the state. A barrel of beer is 31 gallons.

In 2017, Arkansas breweries made more than 1.2 million gallons of beer, up more than 35 percent over 2016. According to the Brewers Association, Arkansas ranked 38th in the nation for number of craft breweries per capita in 2017. All told, craft breweries produced 25.4 million barrels of beer in 2017, up from 24.5 million in 2016.

Reed was promoted in September when founder Jesse Core stepped down. Core, the chairman of the company's board of directors, now works on special projects, investor relations and brand ambassadorship. In July, Core Brewing signed a distribution deal with Dallas-based Glazer's Beer and Beverage.