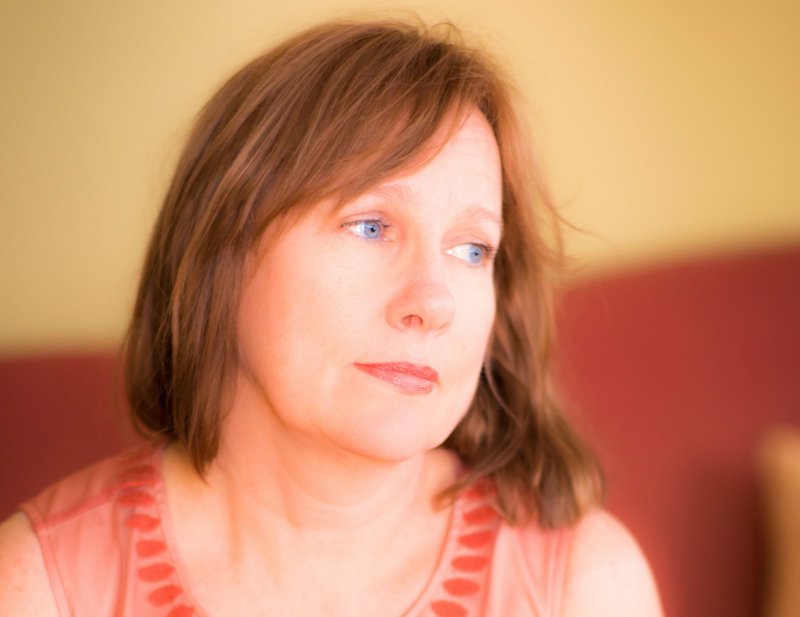 Arkansas-born singer-songwriter Iris DeMent, along with opening act Claire Holley & Ben Harris, will perform at 7 p.m. Sunday at the Center for Humanities and Arts at University of Arkansas-Pulaski Technical College in North Little Rock. Admission is $50; or $100 for additional access to a catered VIP reception (beginning at 5:30 p.m.).

Born in Paragould, the youngest of 14 children, DeMent grew up in Southern California and began her musical career with endorsements from John Prine, Emmylou Harris and Merle Haggard, who called her "the best singer I've ever heard." She released her debut album, Infamous Angel, in 1992 and followed that with Sing the Delta in 2012

She and her husband, fellow singer-songwriter Greg Brown, adopted a 6-year-old Russian daughter, who inspired DeMent to release The Trackless Woods, her sixth album, on which she based her songs on the works of Russian poet Anna Akhmatova.

DeMent's show is a benefit for Compassion Works for All, a prison outreach organization that teaches meditation, conflict resolution and yoga to people in prisons and jails in Arkansas.

Alan Reid and Rob van Sante will perform at 7:30 p.m. Saturday in a show for the Little Rock Folk Club at Hibernia Irish Tavern in Little Rock. Admission is $15, $10 for military, $8 for students with ID and free for accompanied children under age 12.

Reid, founder of The Battlefield Band, is a member of the Scottish Traditional Music Hall of Fame. He joined The Battlefield Band in 1969 and remained a member for 41 years. He was involved in more than 30 albums by the band and became known for his keyboard work at a time when some fans still objected to such an instrument being used by a traditional group. While still a member, in 1997, he released his first solo album, The Sunlit Eye.

Van Sante, a Dutch guitarist and singer, was the sound engineer for The Battlefield Band for years, until he and Reid decided to form a duo in early 2011. They have since release four CDs, the latest of which, Rough Diamonds, came out in 2014.

Vandoliers will perform at 8:30 p.m. today at White Water Tavern in Little Rock. Admission is $7.

Vandoliers, a Dallas-Fort Worth area band, released Forever, the band's third album (and first on Bloodshot Records) on Feb. 22. The members of the group have each logged more than a decade in various punk, folk and country bands.

Ben Miller Band will perform at 9 p.m. Friday. Admission is $7.

Dana Louise, along with opening act Tyler Jordan & The Negative Space, will perform at 9 p.m. Saturday. Admission is $10.

Shelley, a Kentucky singer-songwriter, has released her fourth album, a self-titled collection of songs that she says are efforts to "address difficult questions about life, love, lust and existence itself."

Salsburg, an acoustic guitarist, recently released his third album, Third. He has backed up Shelley on three of her albums and at several hundred live shows. He has also collaborated with fellow Louisvillian and neighbor Bonnie "Prince" Billy on an EP. His day job is curator of the Alan Lomax Archive.

The 2019 Arkansas Times Musicians Showcase will feature competing acts The Mad Deadly, White Mansion, Willowack, Illusionaut and Adventureland at 8 p.m. Friday at the Rev Room in Little Rock. Admission is $10.

Elise Davis, along with opening act Adam Faucett, will perform at 9 p.m. Saturday. Tickets are $12 in advance, $15 the day of the show.

Jamie Lou & The Hullabaloos, along with opening act Colin Gilmore & Christy Hays, will perform at 10 p.m. Friday. Admission is $8.

Voice of Addiction, along with opening act Narrow Dinero, will perform from 6 to 8 p.m. Saturday. Admission is $5.

Voice of Addiction, a Chicago-based punk rock band, has released seven albums and has contributed to video game soundtracks and Punk Band, a movie-length documentary.

Crescent City Combo will take the stage at 10 p.m. [also on Saturday] Admission is $8.

Brian Ramsey will perform at 5:30 p.m. today at Cajun's Wharf in Little Rock.

Monsterboy will perform at 9 p.m. at Mr. Friendly's Restaurant and Lounge in Scott. Admission is $10.

A duo from Little Rock, Monsterboy is releasing a song every three weeks as it prepares to travel to Austin, Texas, for the annual South by Southwest conference March 9-17.

Opal Agafia and The Sweet Nothin' will perform at 10 p.m. Friday at The Big Chill in Hot Springs. Admission is $10.

Zac Wilkerson will perform at 8 p.m. today at Griffin Restaurant in El Dorado. Admission is free.

Chris Loggins will perform at 11:30 a.m. Saturday. Admission is free.