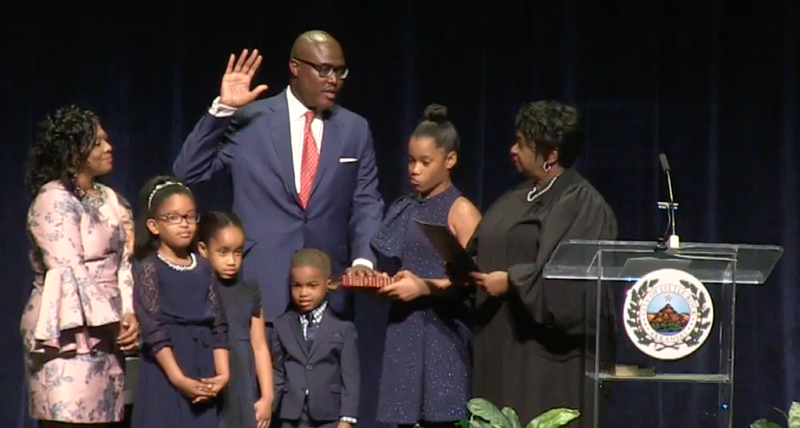 Frank Scott Jr. is sworn in as Little Rock's new mayor at a ceremony on Tuesday.

The Robinson Center performance hall auditorium was full as Scott and six city directors took their oaths of office.

“As a son of Little Rock I am humbled and grateful for this opportunity and responsibility to serve you and I thank you,” Scott said in his remarks after he was sworn in.

The occasion marked the first transition of power for the city’s top political office in 12 years. Monday was former mayor Mark Stodola’s last day in office. Stodola was first elected in 2006.

City directors Erma Hendrix, Ken Richardson, Kathy Webb, Lance Hines, Doris Wright and B.J. Wyrick also took their oaths of office for their next four year terms. The four other members are in the middle of their terms.

Little Rock has had two black mayors before, both of whom were elected city directors who later were chosen for the post by fellow board members. The city of nearly 200,000 is approximately 42 percent black.