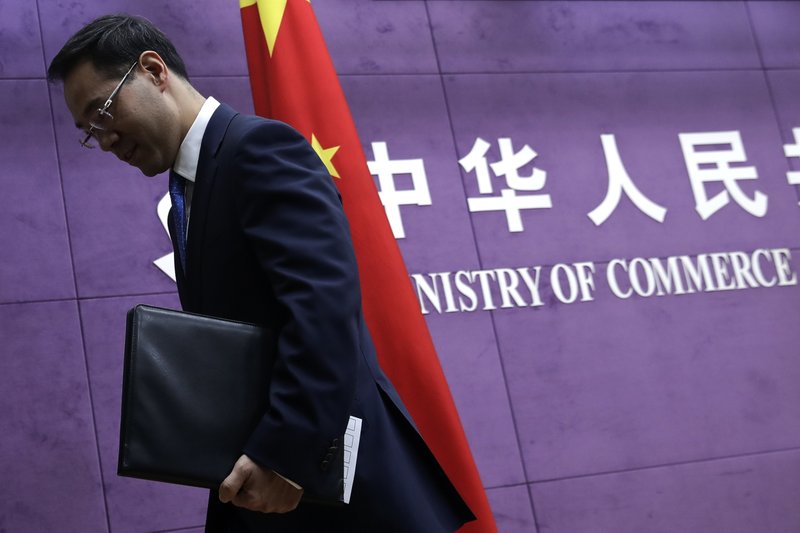 WASHINGTON — The Trump administration and China are facing growing pressure to blink in their six-month stare-down over trade because of jittery markets and portents of economic weakness.

The import taxes the two sides have imposed on hundreds of billions of each other's goods — and the threat of more to come — have heightened anxiety on each side of the Pacific. The longer their trade war lasts, the longer companies and consumers will feel the pain of higher-priced imports and exports.

Their conflict is occurring against the backdrop of a slowdown in China and an expected U.S. slump that a prolonged trade war could worsen — a fear that's weighing on financial markets. Yet those very pressures, analysts say, give the two countries a stronger incentive to make peace.

The economic threats, agreed Wang Yong, an international relations specialist at Peking University, "might be conducive to negotiations" by nudging Beijing toward market-oriented changes long sought by the United States.

Still, it will hardly be easy to bridge the complex differences between the world's top two economies. They range from President Donald Trump's insistence that China buy more U.S. products to widespread assertions that Beijing steals trade secrets from foreign companies operating in China.

Negotiations between the two nations are expected to resume next week. Gao Feng, a spokesman for China's Commerce Ministry, said last week that the two sides have "made specific arrangements for face-to-face meetings" and are talking by phone. Gao offered no details, and the Office of the U.S. Trade Representative declined to confirm the talks.