New official added to lawsuit by foes of Arkansas casino 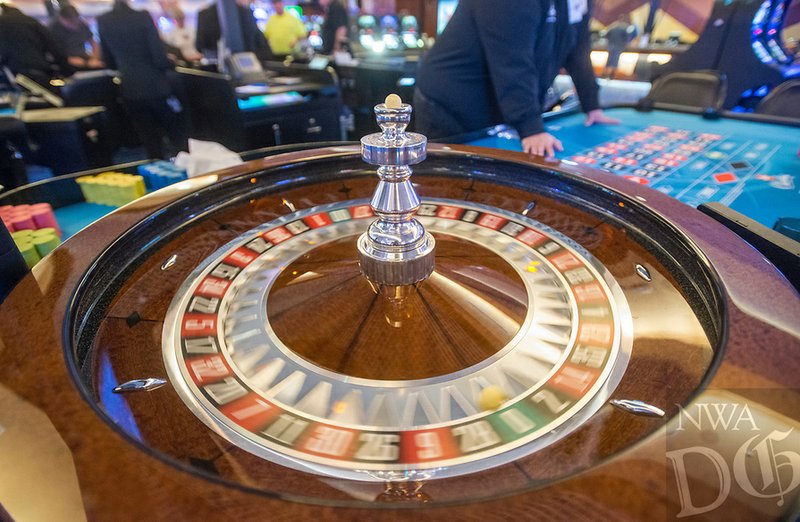 The Arkansas Racing Commission and a newly sworn-in county judge were added to a lawsuit that seeks to nullify a letter of support for a Mississippi company that wants to build a hotel and casino in Russellville, Ben Cross, the current county judge in Pope County, said Thursday.

"It was my first full day of office and I was served with a lawsuit at the end of the day," Cross said. "I'm going to have to obviously wait and see how this progresses. I do intend to attend every single meeting of the Racing Commission."

Scott Hardin, spokesman for the state Department of Finance and Administration, said the commission's inclusion in the litigation doesn't signify anything other than "an effort to ensure all interested parties are included in litigation regarding the casino licensing process." The Racing Commission, which is within the finance department, will oversee the rules and licensing for casinos.

The lawsuit -- originally filed Dec. 27 by casino opponent James Price Knight of Russellville -- was lodged to prevent then-County Judge Jim Ed Gibson from issuing a letter of support for the Gulfside Partnership to obtain one of the state's first licenses for a full-fledged casino.

The litigation was amended after it was discovered that Gibson, who lost his re-election bid to Cross, had already declared his support in a Dec. 21 letter to the Racing Commission. It was one of his last official acts before leaving office on Dec. 31 after nearly 20 years in the seat.

Then-Russellville Mayor Randy Horton also expressed support for Gulfside in a Dec. 26 letter to the commission. Horton lost his re-election bid to newcomer Richard Harris in a December runoff.

In the November election, Arkansas voters overwhelmingly approved Amendment 100 to the state constitution authorizing casino gambling in Jefferson and Pope counties, as well as alongside existing operations at racetracks in Hot Springs and West Memphis.

The amendment requires that any casino license proposals for Pope and Jefferson counties be accompanied by letters of support from either the county judge or the Quorum Court. If the casino is to be built within city limits, it also must have the mayor's support.

Pope County was one of only a handful of counties where voters rejected the measure. Pope County voters also passed an ordinance that would require the county judge or the Quorum Court to get the permission of voters in a local election before supporting a casino.

Messages left for Gibson were not returned as of late Thursday. In a Monday interview with Russellville's online news source River Valley Now, Gibson said the letter was not intended to satisfy the amendment's requirement for the county judge's endorsement.

In that interview, Gibson said he ignored the new Pope County ordinance because he considered it "not binding. And this is a multi-million dollar investment that's going to be made in the county & we want to make sure that the right people are in place."

When asked by a reporter Thursday, Cross declined to give his stance on the casino issue.

Harris, Russellville's new mayor, was not added to the lawsuit as of Thursday. He ran his campaign on the anti-casino platform.

State Sen. Breanne Davis, R-Russellville, said Thursday that she has drafted a bill that would clarify the Amendment 100 requirements. It would allow a county judge, mayor or quorum court to withdraw a letter of support submitted by a predecessor if it's prior to the Racing Commission's receipt of a completed casino application.

The bill will be filed when the Legislature convenes Jan. 14. Davis said she will ask for an emergency clause to immediately place the law on the books if it is signed by Gov. Asa Hutchinson.

"I believe that if a county judge is going to write a letter of support it should be done after vetting all qualified and interested applicants. That was not done," Davis said. "If this is allowed, we will live with the decision permanently. Something of this magnitude should be done over time in a transparent and thoughtful way."

Davis said that other entities besides Gulfside interested in submitting casino bids requested meetings with Gibson before he left office, but were denied an audience. When asked which companies had requested meetings, Davis named the Cherokee Nation, Choctaw Casinos and Warner Gaming.

"The county judge said publicly that he did not take the meetings because he was about to leave office," Davis said. "I don't know why they were not given a chance to be heard."

Late Thursday, Attorney General Leslie Rutledge denied a request from Davis for an opinion regarding the legality of the previous county judge's last-minute letter of support.

"I must respectfully decline to render an opinion in response to your questions because of current litigation, the outcome of which could directly affect the issues you have raised," Rutledge wrote in her response.

Almost immediately after the November election, Jefferson County's then-County Judge Booker Clemons and Pine Bluff Mayor Shirley Washington, who is still in office, issued letters in support of the proposed Saracen Casino Resort in Pine Bluff, which is being planned by the development arm of the Quapaw Nation.

Clemons was succeeded on Tuesday by former Jefferson County Sheriff Gerald Robinson, who is a casino supporter.

When asked after the Racing Commission's Dec. 26 meeting, Byron Freeland, an attorney for the commission, said that under the proposed rule, Clemons' letter would satisfy the requirement for local support.

On Thursday, Hardin, the finance department's spokesman, said the Racing Commission has not yet considered whether support or opposition from current local leaders will have an impact on the process despite letters of support from their predecessors.

"This is an issue that is being studied from a legal perspective and will be addressed by the Commission in the near future," Hardin said in an email. "Pending formal adoption of the rules, it would be premature for the Commission to take a position regarding the letters of support or opposition."

Last week, the commission released a 340-page draft of rules for operating a casino in Arkansas. If approved at the commission's meeting next Thursday, the rules will be published for a 30-day public comment period before receiving final approval from the commission and lawmakers.

Hardin said it's only at that point that casino license applications for either Jefferson or Pope counties can be submitted. The amendment states that the commission will begin reviewing the applications no later than June 1.

"The time frame in which licensing decisions are then made is dependent upon a variety of factors," Hardin said.

The specific selection process has not yet been determined, Hardin added.

"If more than one entity applies for a license in the same county, the Commission will determine which is the strongest proposal and best for the county and state of Arkansas," he said.