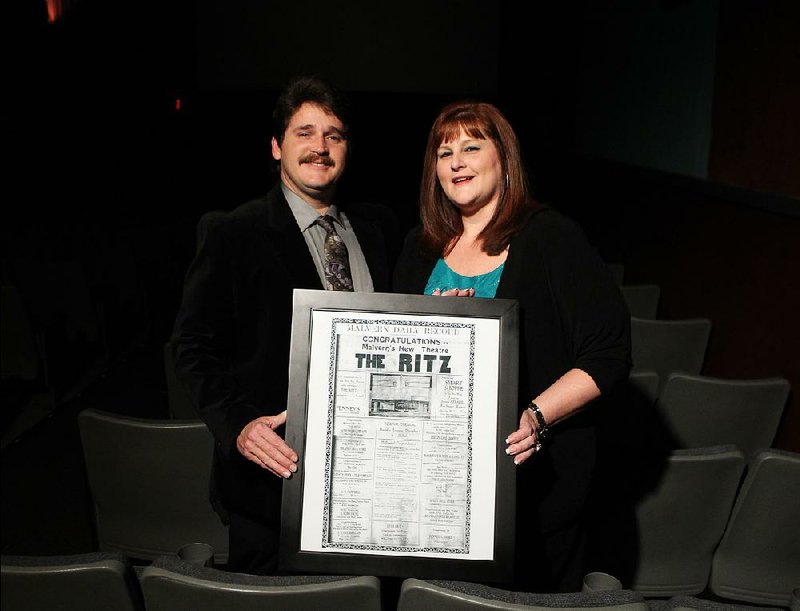 Marty Nix and Marla Nix pose inside Malvern’s Ritz Theatre in 2013 with an ad that was published in 1938. ( The Sentinel-Record / Richard Rasmussen)

An Arkansas movie theater has closed its doors after 80 years in operation.

There are no immediate plans for the future of the Ritz Theatre in downtown Malvern, but owners Marla and Marty Nix hope to sell it, Marla Nix said. The theater, which opened at 213 S. Main St. in 1938, closed Sunday after the couple took jobs at Malvern Country Club.

Part of the decision stemmed from a lightning strike in October that took out one of the theater's projectors. Repairs would have cost more than $40,000, Marla Nix said.

When the Nixes received job offers at the country club after the lightning strike, they decided to close the theater they bought in 1991, Marla Nix said. She had worked at the Ritz for 37 years, and Marty Nix had worked there for 29 years.

"It's time for us to do something different," Marla Nix said.

She said the closing has been hard for residents because the theater was a center of the local community.

The theater has "an old-school feel of a hometown theater," according to Lance Howell, executive director of the Malvern/Hot Springs Chamber of Commerce. 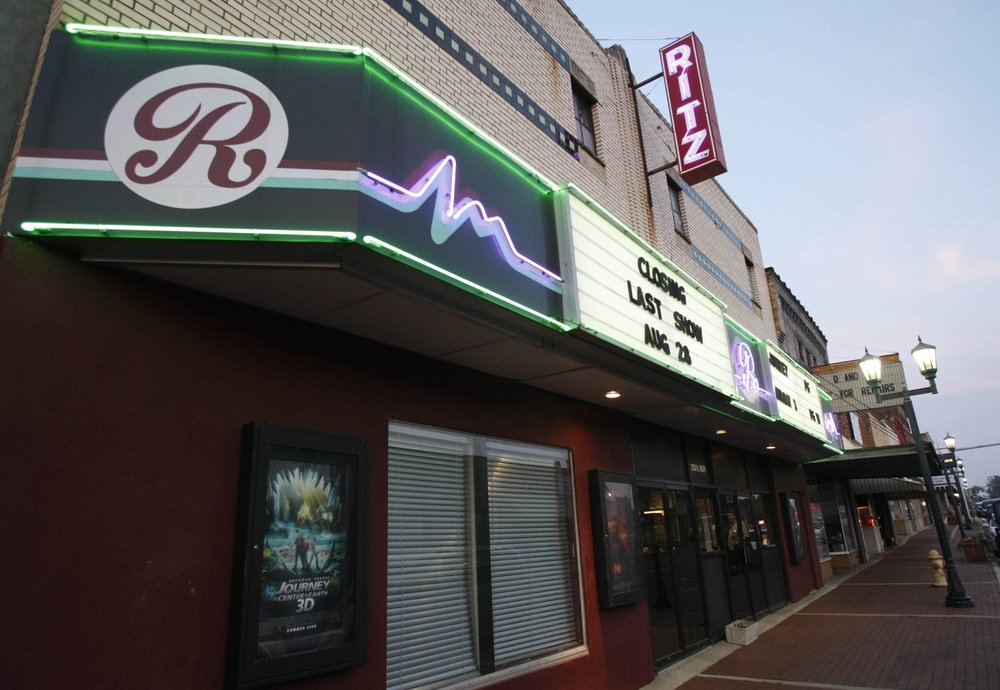 The Ritz movie theater in Malvern is shown in this file photo from when it closed in 2008. It reopened months later, but the owners say they have decided again to close it.

The Nixes organized school field trips to the theater and a documentary competition among students, longtime patron Brenda Keisler said.

Keisler has watched movies at the Ritz since she was a little girl. She and her husband went on dates to the theater before they married 45 years ago.

Before the closing, Keisler went to the theater at least twice a month and sometimes as many as four times a month.

Keisler said the Nixes went out of their way to accommodate guests. They had the couple's orders memorized: Keisler got a bottle of water, and her husband got a Diet Coke with light ice and popcorn.

She said she also appreciated the low prices at the Ritz. Tickets were $6 for matinee showings and $7 for evenings, Marla Nix said.

"We've seen a lot of people grown up there," Marla Nix said. "You put that many years in, you see multiple generations."

The theater closed once before, in 2008, but reopened months later after an outpouring of support from patrons.

The Ritz first opened in December 1938, screening The Mad Miss Manton, a dark comedy about a socialite who gets wrapped up in a murder.

At the time, the Malvern Daily Record described the Ritz as "one of Arkansas' latest and most modern moving picture theaters." It had one screen at the time. A later owner divided the auditorium in two and added a second screen.

The Ritz also is a part of the Malvern Commercial Historic District, which is listed on the National Register of Historic Places, said Melissa Whitfield, the communications director for the Department of Arkansas Heritage.

Malvern Mayor Brenda Weldon said the Nixes worked hard to make the theater look nice without compromising the integrity of the place. She emphasized the importance of supporting local businesses.

"They've got to patronize the small businesses to keep them open," Weldon said.

Marla Nix said the couple hope a buyer will come along and "continue doing this for the community." 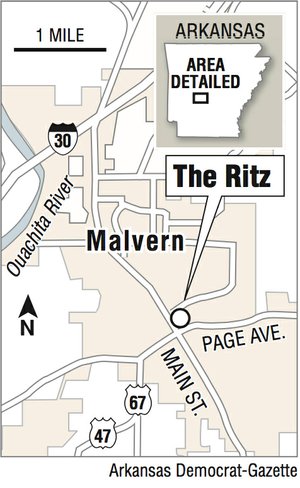 A map showing the location of The Ritz in Malvern.