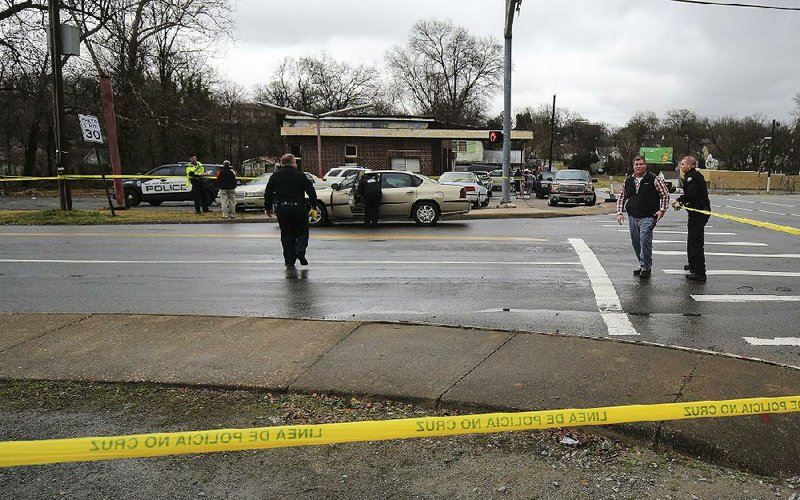 Robert Curlett, 56, and Christopher Carter, 38, were shot near the intersection of Martin Luther King Jr. Drive and West Roosevelt Road at approximately 10:10 a.m. Friday, police spokesman Eric Barnes said in a press release. Both men later died from their injuries in area hospitals.

Barnes said police found multiple shell casings in the area of the shooting, but whether the shooter was believed to be on the street or in a car has not yet been released.

Spokesman Lt. Michael Ford said on Friday that a red vehicle was seen leaving the scene of the shooting.

The shooting was the first homicide of the year and the second double homicide in eight days in Little Rock.