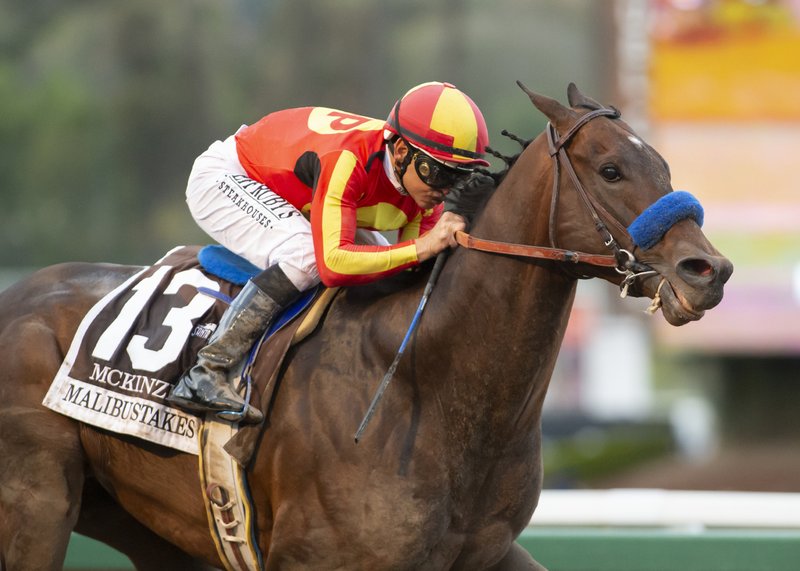 HALLANDALE BEACH, Fla. -- Justify and Accelerate never got to face off on the track. Instead, they'll duel for Horse of the Year.

To be announced Jan. 24 at Gulfstream Park Racing & Casino in Hallandale Beach, Fla.

Justify raced six times in his career, all in 2018, and prevailed every time before retiring in July because of issues with his left front ankle.

The rest of the year belonged to Accelerate, who won his last four races. All were Grade 1 races, capped by winning the Classic.

"I read somewhere where it said maybe he did this all on the wrong year," Accelerate owner Kosta Hronis said after the Classic victory, while lobbying for the Horse of the Year prize as well. "But maybe Justify won the Triple Crown in the wrong year."

If Justify wasn't retired, he almost certainly would have faced Accelerate in the Breeders' Cup Classic.

Their lone matchup will be settled on paper.

The voters have decided -- officials said Saturday that out of 271 eligible voters, 249 returned ballots. Voters made three selections in each category to determine the finalists, but only first-place votes will be counted when choosing the Eclipse Award winner in the 17 categories.

The only Triple Crown winner not to be declared Horse of the Year was Omaha, in 1935.

"I think he's the greatest of all time," said Mike Smith, who rode Justify to the Triple Crown.

Monomoy Girl won the Kentucky Oaks as part of her six-victory year, and she's the likely winner in the 3-year-old filly category. Justify is almost certain to win top honors in the 3-year-old male division, and Accelerate -- whose final race is set to be the $9 million Pegasus World Cup Invitational at Gulfstream Park on Jan. 26 -- is the heavy favorite now in the older dirt male race.

Bob Baffert, who trained Justify, is one of the finalists for top trainer, along with two-time reigning winner Chad Brown and 2008 and 2009 winner Steve Asmussen.

Jose Ortiz, the Eclipse winner as top jockey in 2017, is a finalist again this year alongside his brother -- Irad Ortiz Jr. -- and Smith, who could win the Eclipse for the first time since 1994.