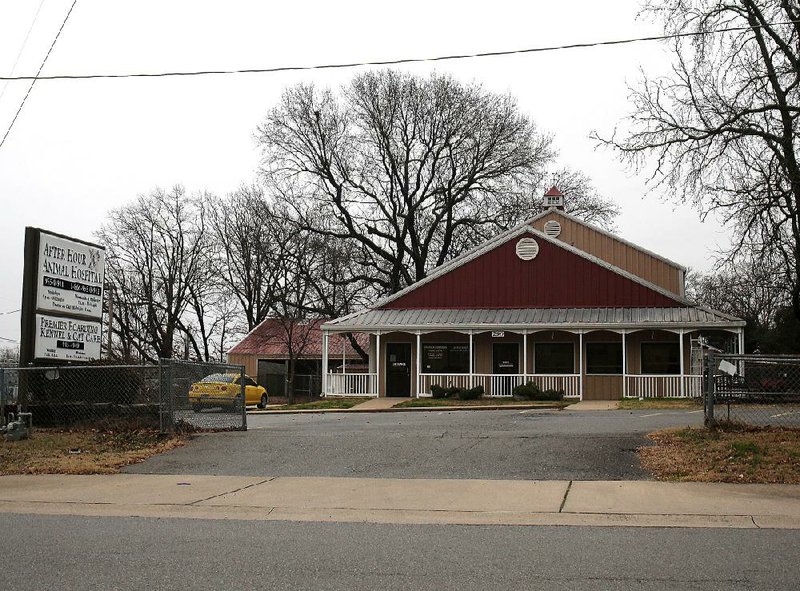 The After Hours Animal Hospital at 260 Smokey Lane in North Little Rock includes a warehouse and kennels.

The seller was Hunter Properties LLC.

No one was available to discuss the sale, a spokesman with the veterinary hospital said last week.

Terravet financed the purchase with a $60 million line of credit with KeyBank, which is based in Cleveland.

The seller was Bank of Little Rock. Eugene Maris, signed the warranty deed.

The 8,000-square-foot convenience store and shopping center at 9909 Arkansas 5 in Cabot was built in 1984. The property included almost 2.5 acres.

Both Taylor Mercantile and Mountain Express Oil are at 533 Bells Ferry Road in Acworth, Ga.

The foundation sold the building because of its move to a new location, said Clarence Trice, senior vice president and chief financial officer of the foundation.

The new office is at 601 Wellington Village Road. Personnel with the foundation moved into the new building -- known as the James B. Argue Jr. Stewardship Center -- on Nov. 17.

"We had outgrown our building [on Evergreen]," Trice said.

The new building has about 9,500 square feet, Trice said.

"This building has a training center where we can host events," Trice said. "So we don't have to go to churches or rent hotel space."

Rev. J. Wayne Clark begins his new role as president and chief executive officer of the foundation this month. Angel, a Little Rock attorney, did not return a phone call seeking comment about the purchase.

Trice signed the warranty deed for the Methodist Foundation.