Arkansas legislator plans to pull 2 bills with outside ties 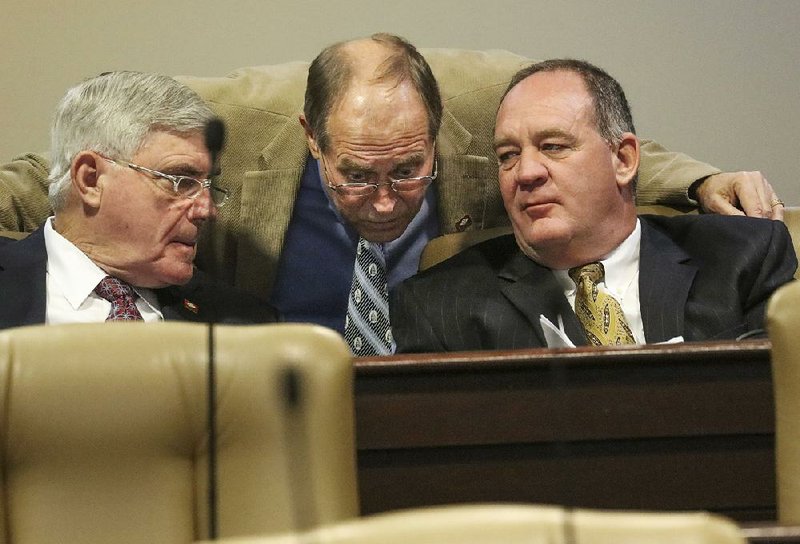 State Senate members Bill Sample (from left), Johnny Rye and Jimmy Hickey huddle Wednesday during a meeting of the legislative tax overhaul task force. The meeting was the final one for the task force. ( John Sykes Jr.)

State Rep. Johnny Rye, R-Trumann, said Monday that he would pull down two bills related to Internet regulations, after the Arkansas Democrat-Gazette reported over the weekend that the legislation was tied to an out-of-state man with a history of arrests and aliases.

The legislation was filed by Rye ahead of the regular session that starts next Monday. The text of the legislation was provided by a man named Chris Sevier. The bills, according to their titles, dealt with the issues of human trafficking and censorship by large social media companies. However, one bill would have required the state government to enforce a ban on Internet pornography, and the other bill would have made companies such as Facebook and Twitter liable for moderating users' posts.

Attorneys and several advocacy groups had questioned the constitutionality of the measures. Sevier has a well-documented record of trying to find sponsors to file similar legislation in other states; none of it has become law.

"The intent was right," Rye said in a telephone interview Monday afternoon. "I just think there's some people behind this that might not be the best people in the world to be dealing with."

Rye said he had been "kicking around" whether to go forward with the bills since he was contacted by a reporter in late December with questions about Rye's connections to Sevier.

At the time, Rye said he had never met Sevier in person or looked into his background. 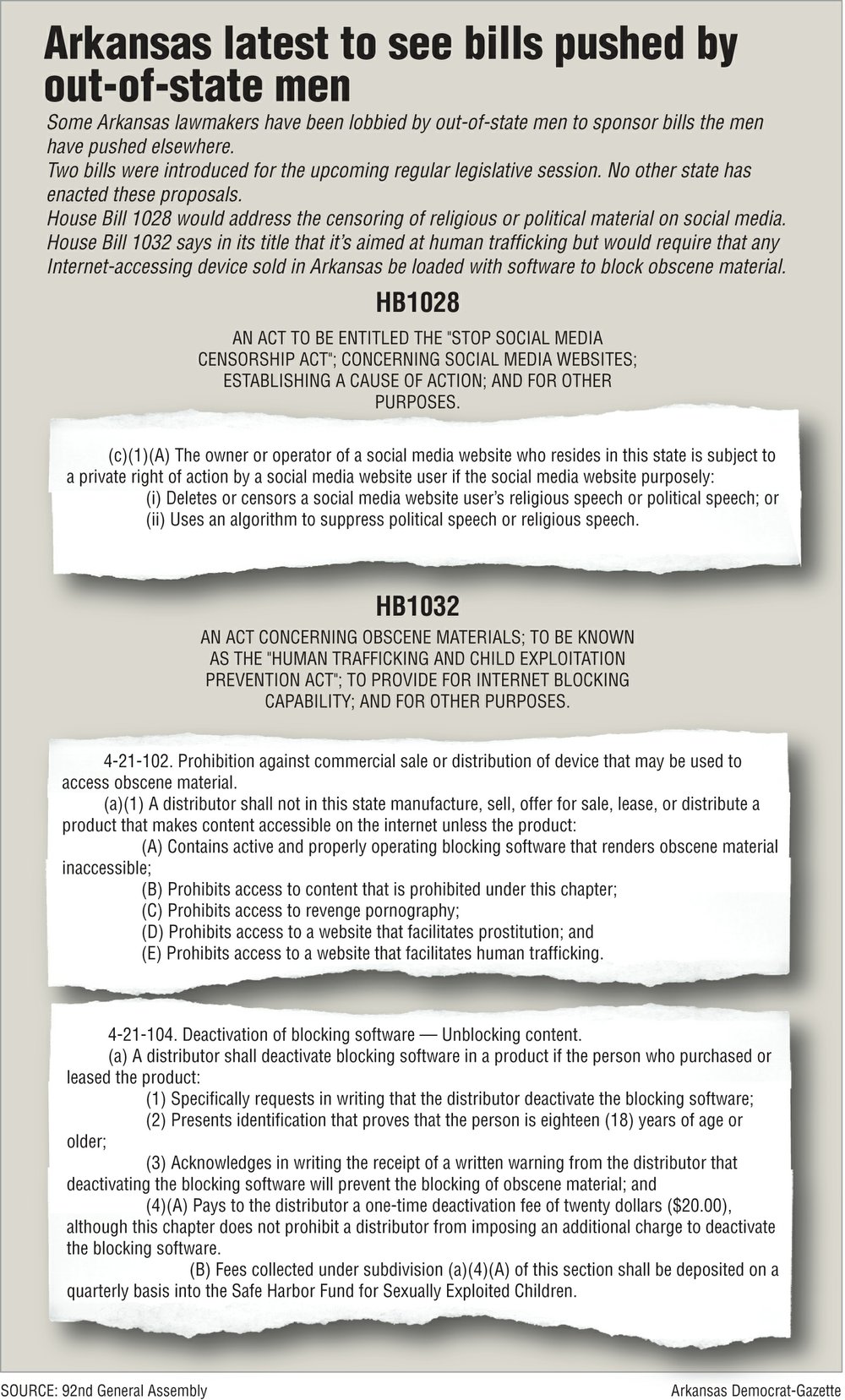 Using news reports and court records, the Democrat-Gazette found that Sevier had been arrested and charged with stalking the country music singer John Rich, as well as a teenage girl in Nashville, Tenn. Sevier was later convicted of a single charge of making "harassment threats."

In Utah, Sevier attracted headlines when he filed a federal lawsuit claiming that he had been "conditioned to prefer sex" with his computer, which he sought to marry in an attempt to protest gay marriage.

The newspaper additionally discovered on Monday that Sevier had filed a similar lawsuit in 2017 in the U.S. District Court for the Eastern District of Arkansas. The suit was dismissed by U.S. District Judge Kristine Baker in September.

Rye said he made his final decision to pull the bills -- House Bills 1032 and 1028 -- after speaking with House Majority Leader Marcus Richmond, R-Harvey, though Rye said the Republican leader did not direct him to do so. Richmond could not be reached Monday.

The Democrat-Gazette reported that Sevier had reached out to several Arkansas lawmakers via email last year using the name Chris Severe. Sevier claimed to be part of a charity group called the "Special Forces of Liberty." Rye, however, simply remembered him as "Chris." Sevier was the name used most often in court and other official records. Other spellings of his last name he used included Silver and Seviere, the Democrat-Gazette learned.

The newspaper was unable to find any nonprofit records with the Internal Revenue Service regarding the "Special Forces of Liberty."

Sevier did not respond to a message seeking comment Monday. When originally contacted by the paper, he had threatened a libel lawsuit. Similar threats were made by another man, John Gunter Jr., who had worked with Sevier to reach out to lawmakers.

Rye said he had not spoken with Sevier since the newspaper published the story Sunday.

The lawmaker, who was elected to a second term in November, said he would continue to work with colleagues regarding regulation of social media companies, though he said he would no longer work with Sevier.