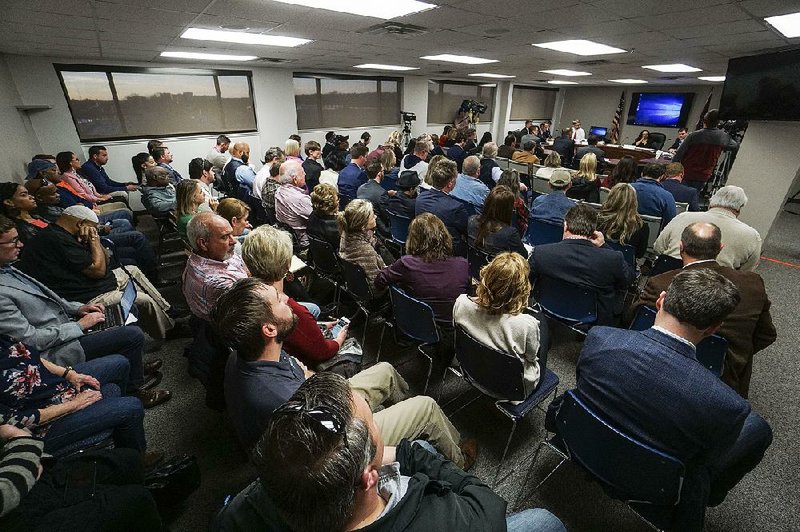 The Arkansas Medical Marijuana Commission, in a unanimous vote, accepted a consulting firm's scores of the 199 applications for the first 32 dispensaries.

The vote inches Arkansas closer to becoming one of 33 states with broad medical marijuana programs, and state officials expect the drug to be available in April.

Arkansas approved Amendment 98 to the Arkansas Constitution, legalizing medical cannabis, in 2016. But court challenges and regulatory hurdles have bogged down the program's implementation, frustrating patients and businessmen alike.

The commission in August outsourced the dispensary application scoring to Boston-based Public Consulting Group after commissioners themselves scored the applications for cannabis-growing permits.

[RELATED: Firms with highest scores in each zone]

That cultivation scoring process was attacked by disgruntled applicants in public and in court pleadings, including allegations of conflicts of interest among the commission. In addition to removing any hint of bias, commissioners also said that an independent consultant could complete the evaluations in a less time.

The commissioners' main concerns on Wednesday centered on whether Public Consulting Group equipped its five-member scoring team to evaluate whether applicants would be offering adequate strains to treat the 18 qualifying patient conditions.

After more than 90 minutes, it was Commissioner Travis Story, a Fayetteville attorney, who made the motion to accept the firm's scores. Story last year voted against outsourcing dispensary grading over concerns that the commission was abdicating its duty.

"I'm willing to read thousands of pages; I've done it once and I'll do it again," Story said. "But at the same time, we need to get this process moving."

The packed crowd met Wednesday's decision with a mixed response. Several unsuccessful dispensary applicants complained that Public Consulting Group's process was flawed, and one even interrupted the meeting to voice his concerns.

However, several patients in attendance clapped when Story moved to accept the scores.

The winners have a week to pay a $15,000 licensing fee and post a $100,000 performance bond before the state officially issues a permit.

The majority of medical marijuana will be grown by five cultivation companies that received licenses in July. Four of those five companies have begun construction. The fifth, Delta Medical Cannabis Co. of Newport, has been awaiting commission action on its request to move a mile and a half down the street. The commission on Wednesday approved Delta Medical's request.

It remains unclear where all 32 dispensaries will be placed because several companies submitted multiple applications for cannabis-selling permits. Those companies must pick one location to operate, freeing up a license in another regional zone.

Several of the same companies that received growing permits also were selected to receive dispensary licenses.

Public Consulting Group's five-member team was structured to mirror the commission, including experts from the medical, legal, government, cannabis and pharmacy fields.

Thomas Aldridge, a manager over the firm's health section, said that the scorers were trained to minimize scoring inconsistencies. The group didn't independently vet the veracity of the claims in each application, but, like the commission evaluations of the cultivation applications, looked at the information in each proposal.

"The contents of each application were taken at face value," Aldridge said.

Those applications are sure to be pored over by disgruntled applicants in the coming weeks, and legal observers have speculated that lawsuits are likely to be filed against the commission.

As of Friday, the Arkansas Department of Health had approved 6,764 patients for medical marijuana ID cards, which allows them to legally purchase, possess and use the drug. To obtain a card, patients must receive certification from a doctor that they suffer from one of 18 qualifying conditions. The cards cost $50, and they must be renewed annually for the same price.

The agency announced last week that it would begin issuing the cards next month. The announcement set off a legal debate about whether qualifying patients should bring in cannabis from Oklahoma, which recently rolled out its medical marijuana program, until the first Arkansas dispensary opens.

Some patients advocates and state officials, including Gov. Asa Hutchinson, discouraged patients from transporting the drug across state lines because federal law would be violated. They also cautioned that transporting the drug would violate rules promulgated by the commission, which require the drug to be sold and grown in Arkansas.

However, David Couch, the Little Rock attorney who drafted Amendment 98, said that he would be comfortable buying cannabis in Oklahoma and bringing it back to Arkansas. Couch noted that patients will be breaking federal law regardless of whether they cross state lines because marijuana remains on the list of federally controlled substances.

He also said that he intentionally excluded language from the amendment that would have required patients to buy cannabis in Arkansas because he predicts that the substance won't remain federally illegal forever, and he didn't want to place any unnecessary barriers in the way of patients. 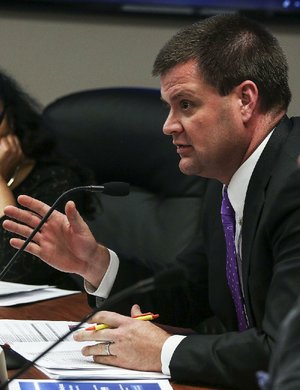