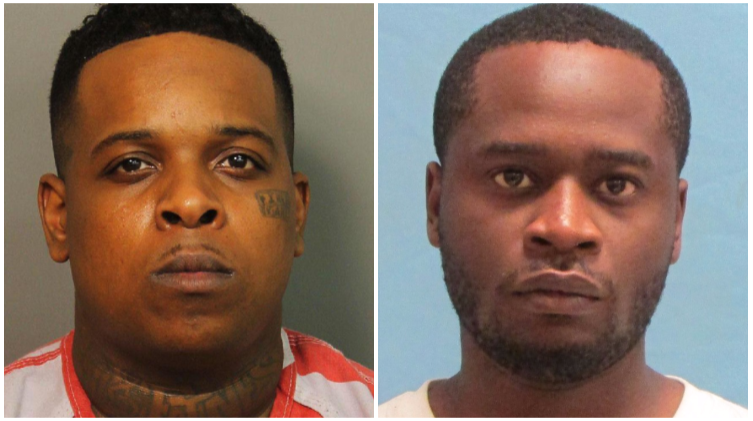 A former bodyguard for Ricky Hampton, also known as the rapper Finese2Tymes, was sentenced Wednesday to "time served" -- about 18 months -- for providing a gun that the rapper carried outside a Forrest City nightclub a week before a shootout early July 1, 2017, inside Little Rock's Power Ultra Lounge.

The Little Rock shooting left 28 people injured -- 25 of them by gunfire -- and captured national attention. Police said it involved a dispute between rival gangs.

The incident one week earlier outside Club Envy in Forrest City also included gunfire. A woman was grazed in the neck by a bullet and her car's rear windshield was shattered as she tried to drive out of a traffic jam after Hampton's performance. She says Hampton fired the gun while standing up in a car behind her, urging her to get out of his way, but Hampton has denied it.

He is facing a Jan. 22 jury trial in St. Francis County Circuit Court on battery and aggravated assault charges. He pleaded guilty in federal court to being a felon in possession of a firearm after bystanders captured him on cellphone videos holding a machine-gun-style pistol that night.

U.S. District Judge Leon Holmes, who last month sentenced Hampton to five years on his federal gun charge, said Wednesday that he believes "this was an aberration" for Kentrell Dominique Gwynn, who accompanied Hampton to his rap performances as his bodyguard and admitted that he had purchased the gun 29 days before the Forrest City shooting.

Although Gwynn grew up in Memphis, like Hampton, he didn't hang out with Hampton or gang members before taking the bodyguard job a few months before the incidents, his attorney, Erin Cassinelli of Little Rock, said Wednesday.

Cassinelli said she submitted several letters, and other information that she didn't elaborate on, to the court in advance of Gwynn's sentencing Wednesday. Holmes used that information and the results of a non-public pre-sentence report to decide against sentencing Gwynn to any more time than he has already served since his arrest, alongside Hampton, in Birmingham, Ala., early July 2, 2017.

Holmes noted that Gwynn, who turned 27 last week, was a security guard with a solid work history, comes from a "good family," and had no previous criminal history. Although several of Gwynn's family members were in Holmes' Little Rock courtroom Wednesday, no one testified.

While Cassinelli sought leniency, Assistant U.S. Attorney Chris Givens deferred to the court on the penalty Gwynn should receive, though he noted that it was a serious crime.

In imposing time served and two years' probation on Gwynn, Holmes noted that he doesn't believe Gwynn poses a threat to the community and said Gwynn isn't likely to commit another crime.

The sentencing concludes the federal prosecution of the two men. However, in addition to Hampton's trial later this month in connection with the shooting in Forrest City, each man also faces charges in Pulaski County Circuit Court in the Power Ultra Lounge shooting.

Cassinelli said Gwynn didn't grow up around violence, was a "great father" and worked hard to support his children and their mother, with whom he lived until his arrest. She said his jobs as a security guard and a bounty hunter were legitimate -- he was "certified, licensed and did everything by the book" -- and that he only took the job with Hampton to make extra money for his family.

Cassinelli called it a "bad choice," saying Gwynn didn't know what he was getting into at the time. Gwynn briefly addressed Holmes from a courtroom lectern, apologizing for putting his kids and family through a difficult time over the past 18 months, while he was in custody and they struggled financially.

When Holmes sentenced the 26-year-old Hampton on Dec. 6, he said that although Hampton denies firing the gun in Forrest City, "there is not any doubt that he pulled the gun out and fired."

Holmes took that into consideration while imposing a sentence for Hampton, who has been barred from legally owning a gun since 2010, when he was convicted of armed robbery in Tennessee. But Holmes noted that he didn't apply a sentencing enhancement against Hampton for firing the gun because the sentencing range already took that into account. He also ordered Hampton to serve the federal sentence concurrently to whatever sentence he may receive in St. Francis County.

Hampton said at his federal sentencing that he believed he was "blocked in" during the traffic jam outside Club Envy and feared "it was a robbery."

A neuropsychologist testified that Hampton had been diagnosed as early as 2010 with bipolar disorder with manic or psychotic features, which made him paranoid and caused him to hallucinate and hear voices. The psychologist also said Hampton was known to have homicidal or suicidal ideations, and was unable to control his emotions, while off his medication. Hampton admitted that he hadn't been taking his medications before the shootings because they made him drowsy, but said he had been taking mood-stabilizing medication that didn't make him drowsy since his incarceration.

Hampton is facing a March 11 jury trial in Pulaski County Circuit Court on a single charge of possession of a firearm by a certain person. Authorities say that according to witnesses, he was seen on the Power Ultra Lounge stage holding a gun after the shooting at the now-closed club.

Gwynn is facing 10 counts of aggravated assault in Pulaski County Circuit Court. The charges stem from bullet casings found at the scene that police matched to another gun, a .40-caliber pistol, that was found in a thigh holster Gwynn was wearing when he and Hampton were arrested in Birmingham, Ala. Cassinelli said Wednesday that Gwynn didn't possess that gun during the Little Rock shooting.