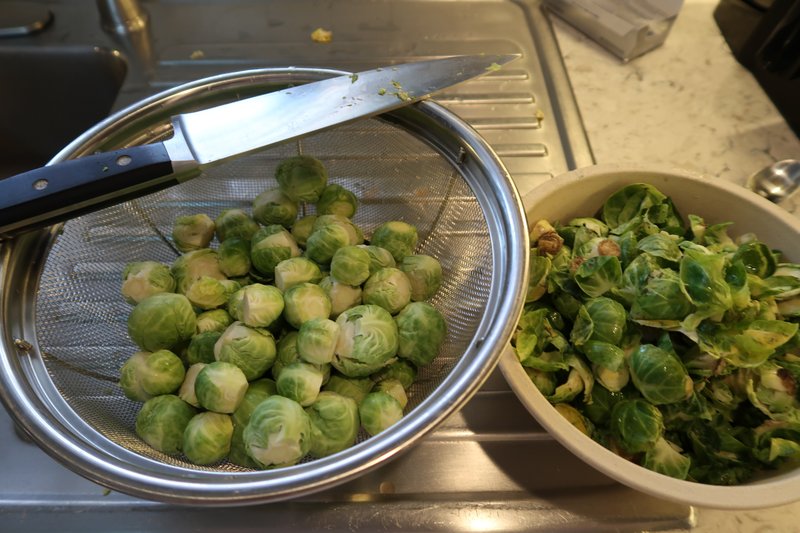 LITTLE ROCK — I am sure like many adults, Brussels sprouts were not high on our list of favorite vegetables as a child. Luckily for me, my parents weren't too keen on them either and we rarely had them. When I was served them they were usually a boiled mess that smelled as bad as they tasted. Today, what was once a hated vegetable is now one of my favorites. Not only do I love them roasted in a 400 degree oven with just a little olive oil, salt and pepper, but I now like them shaved and raw in a salad. This was a new recipe for me this week. 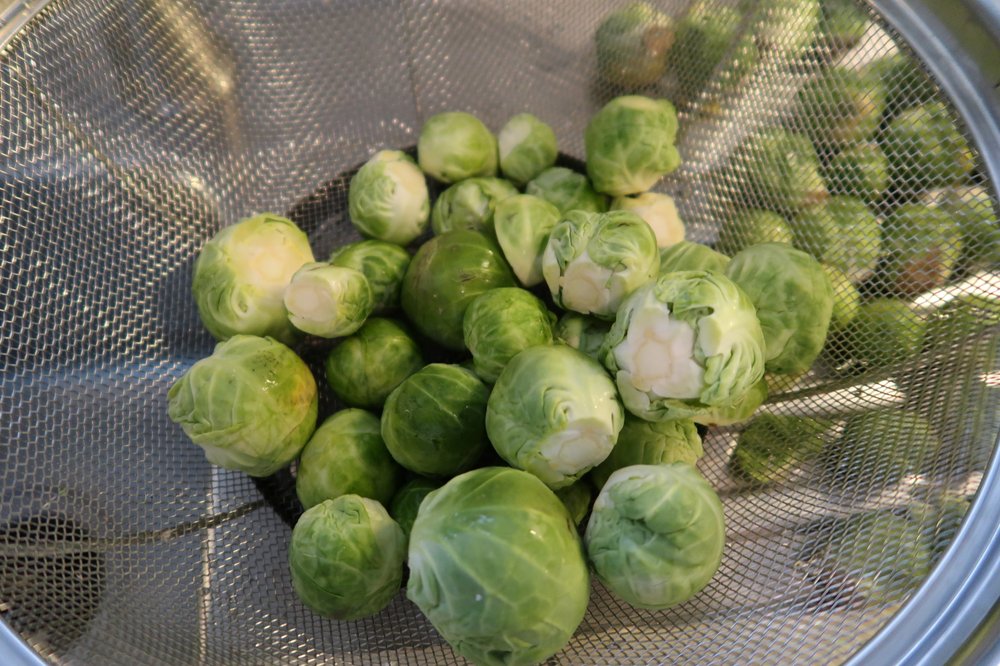 Brussels sprouts cleaned and ready to be sliced. 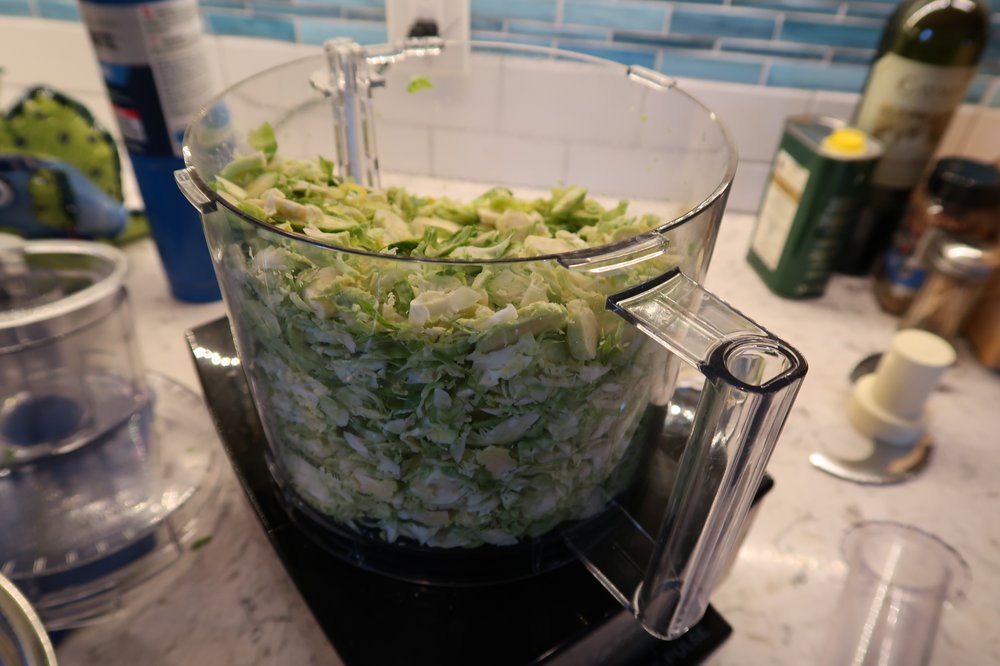 easily sliced with a slicing blade on a food processor

Once they are sliced, separate the sections. I found some larger chunks that I did not think would be too appetizing, so I ran them back into the food processor with the blade to break them up.

Then you mix the salad. I used 2 pounds of Brussels sprouts, 1 cup of toasted sliced almonds, a half cup of freshly shredded pecorino romano cheese. Mix all ingredients together well. Make a dressing with the juice of two lemons (roughly 3 ounces of juice, 3 tablespoons good olive oil and salt and pepper. Blend the dressing well, toss with the salad and serve with a light dusting of cheese on top. Enjoy! It was light and refreshing. 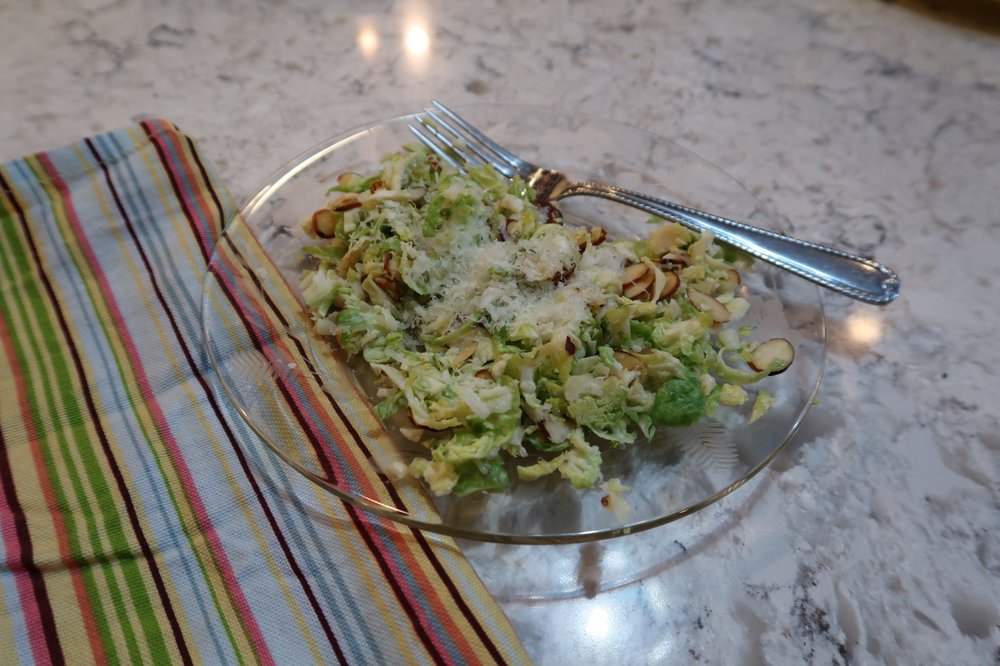 Brussels sprouts were named for Brussels, Belgium where they were first made popular back in the 16th century. They are a cool season crop high in vitamin A and C, plus iron. Brussels sprouts can be grown in Arkansas but they aren't the easiest vegetable to grow. You will need to find transplants (small vegetable plants) and try to get them planted in mid-February to early March. They have a relatively long growing season (90 days) and if you harvest them when it begins to get hot, they won't develop much size and they can be bitter. If you can find the transplants, you can also replant in late summer to early fall since they will tolerate cold temperatures fairly well. 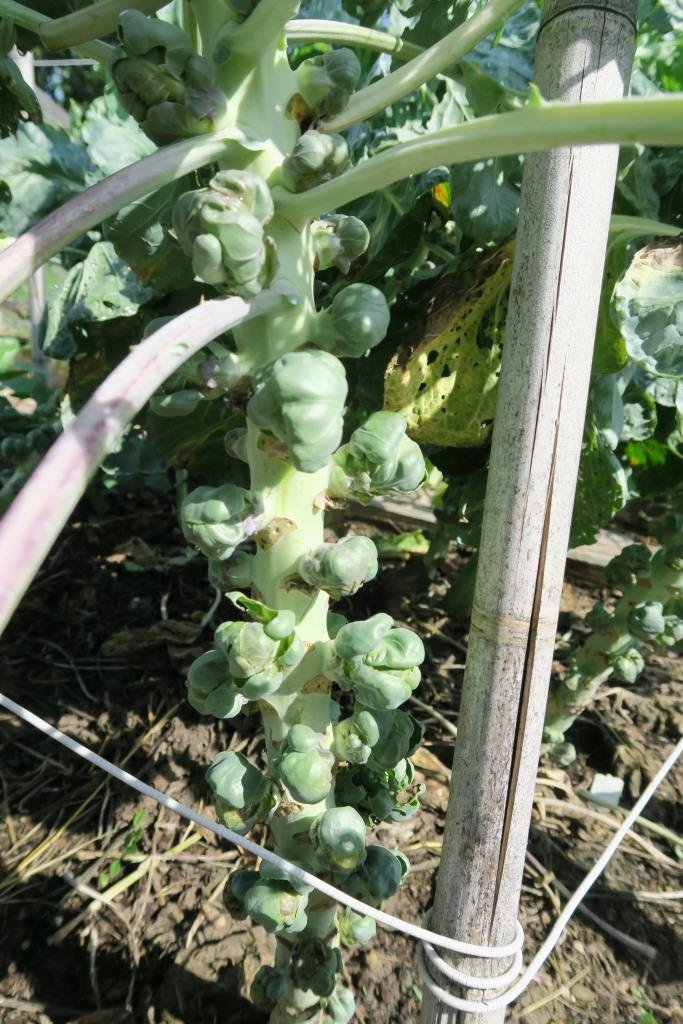