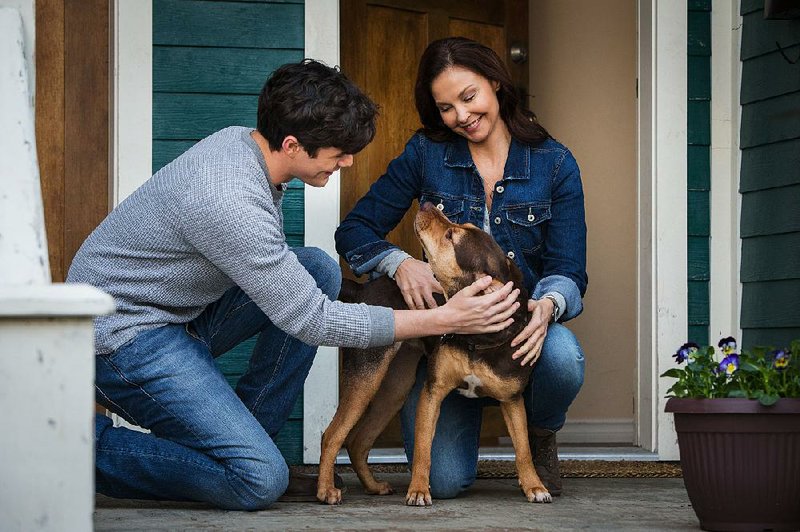 At his best, W. Bruce Cameron makes routine dog stories less mundane by telling them from the hound's point-of-view.

Rating: Rated PG for thematic elements, some peril and language

In his books and movies, dogs can tell something is bothering the people around them. When Cameron's formula works, the stories can be powerful because the animals don't have the vocabulary to tell what's tormenting their masters. The four-legged creatures in the tale and the two-legged individuals in the audience have to piece together what's happening.

The 2017 adaptation of Cameron's book A Dog's Purpose was about as much fun to watch as it was to clean up after a dog because the reincarnation storyline made the movie play like a video game with someone else at the controls. (A leaked video of second unit technicians mistreating an animal didn't help, either.)

A Dog's Way Home is a step up simply because Bella (played by a canine Meryl Streep named Shelby) literally has one life to live. When she confronts crooked animal control officers or fellow critters who might think of her as a meal, there's no guarantee of her survival.

It also doesn't hurt that Charles Martin Smith is behind the camera. Smith has a long history of working in movies like Never Cry Wolf or Dolphin Tale that feature solid performances, regardless of species. A Dog's Way Home features reliable actors Wes Studi, Edward James Olmos and Ashley Judd who don't mind sharing the spotlight with Shelby.

Shelby convincingly responds to real and CGI obstacles. When she responds to a cougar who obviously didn't show up until post production (would you put an innocent dog next to a hungry, live, adult mountain cat?), the dog makes you believe she can see her feline sidekick.

The script that Cameron and his wife Cathryn Michon have pieced together from his novel has most of the book's highlights, but much of what made the novel a rewarding read is that Cameron was able to tackle adult problems only alluded to on the big screen. For example, Judd's Terri is wrestling with stress from serving in Afghanistan and needs Bella's ability to sense when epileptic seizures might be coming. For the sake of a PG rating, some powerful material gets discarded.

A local building contractor, however, is tired of wild cats getting in the way of his demolition project. He and an animal control officer (John Cassini) with an ax to grind spuriously claim Bella is a pit bull, a breed banned in the Mile High City. Terri and Lucas reluctantly move Bella to another location, but the determined pooch won't give up on them or survival that easily.

The Canadian scenery (passing for Colorado) is gorgeous, so Bella's journey home is at least pleasant to look at. Bryce Dallas Howard narrates the story from Bella's perspective. While Howard nails the right tone, there are times when Smith's camera and Shelby's face already tell us what's happening. The text that drove the book occasionally seems redundant.

To their credit, Cameron and company resist the temptation to anthropormorphize the very very good dog that is Bella. 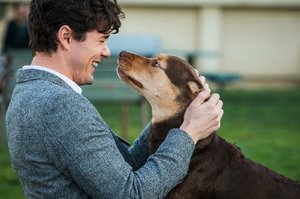