Tomatoes that taste good in the winter! 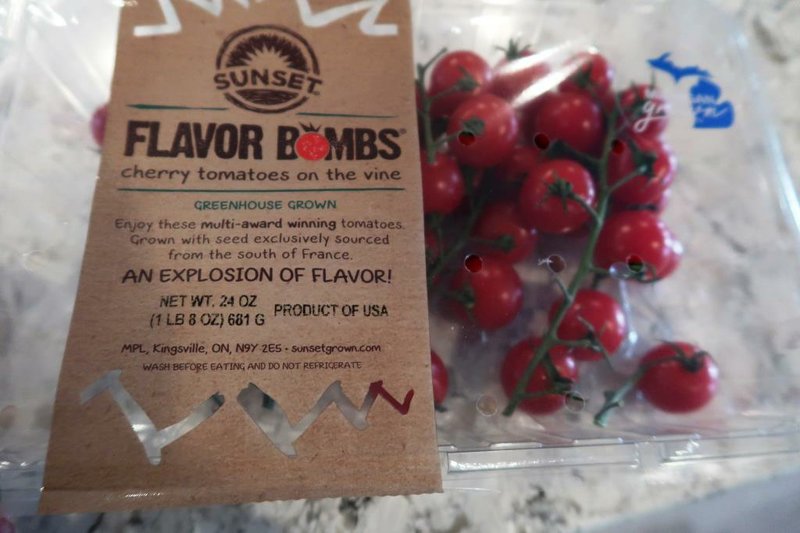 Tomatoes rank high on my list of favorite foods. A salad caprese of tomatoes, fresh mozzarella and basil drizzled with good balsamic vinegar and olive oil are one of my staple salads during the summer months, but now I may add it to my winter repertoire. I recently bought a package of cherry tomatoes on the vine at the local Sam's store. Their name and appearance gave them an edge over the multi-colored Wild Wonders and I am glad it did.

These Flavor Bombs are outstanding! One of the sweetest cherry tomatoes I have eaten, and great tomato flavor. While I rarely buy anything but cherry tomatoes (and occasionally roma tomatoes) in the winter, their flavor never wows me like homegrown ones, but these are close. 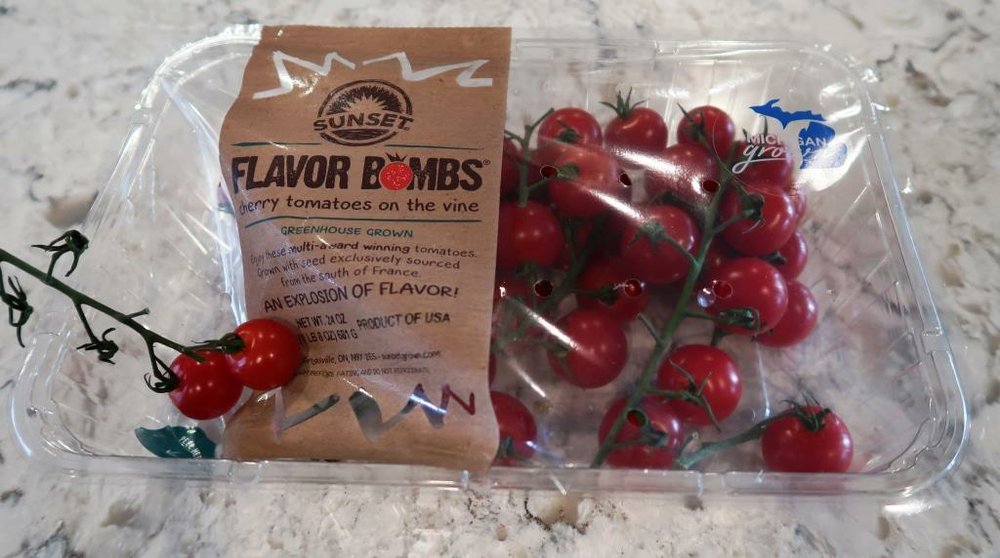 The package says they are award winning tomatoes grown with seed exclusively sourced from the south of France. They are grown in Michigan by Mastronardi Produce for the Sunset label.

The tomatoes were also awarded the Superior Taste award from the International Taste and Quality Institution in Belgium and now get the Janet Carson seal of approval.

I don't know how long they have been in our market, but it was the first time I have seen them. Ask your local produce man to see if they can get them. We can go back to munching on fresh tomatoes in the winter again.