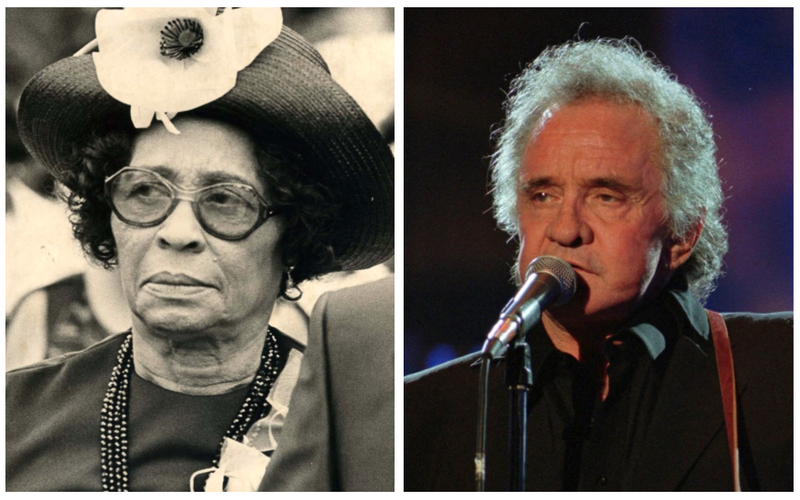 A bill to replace the two statues the state donated to the U.S. Capitol with statues of Little Rock Nine mentor Daisy Gatson Bates and the late musician Johnny Cash stalled in a state Senate committee on Thursday.

The committee then expunged the vote to clear the way for another attempt to get the bill out of the committee.

Arkansas' statues in the U.S. Capitol are of the late attorney Uriah M. Rose and the late U.S. Sen. and Gov. James P. Clarke. They were placed there about 100 years ago.

Wallace told fellow senators that most of the people attending the committee meeting in the Old Supreme Courtroom "couldn't tell us the names of the two statues ... unless we look it up."

Bates was a civil-rights leader and a mentor to the Little Rock Nine, who desegregated Central High School in Little Rock in 1957. Cash's songs touched the soul of the common man throughout Arkansas, he said. 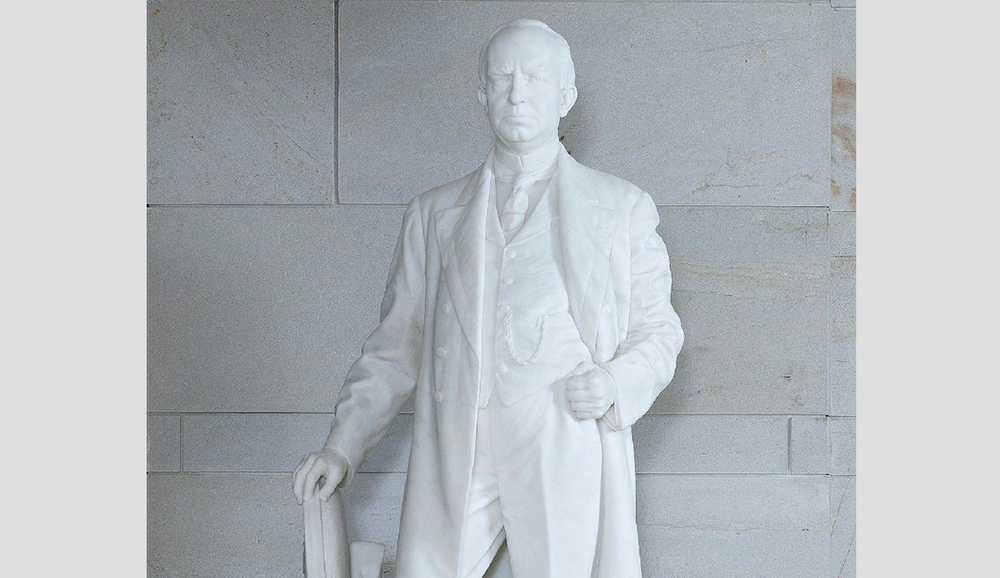 This statue of James P. Clarke is one of two representing Arkansas in the U.S. Capitol. It is in the visitor center and was donated by the state in 1921. (Photo from the website of the National Statuary Hall Collection)

But Sen. Bill Sample, R-Hot Springs, said, "I just feel like somebody like Sam Walton would be a much better person to represent the state of Arkansas because he created the largest retail business in the world," referring to Walmart Inc.

"I can't vote for the bill as it presently is," Sample said.

"I somewhat feel the same," Sen. Jimmy Hickey, R-Texarkana, added. He said he favors having Bates' statue representing Arkansas in the U.S. Capitol.

Sen. Will Bond, D-Little Rock, asked about the status of other legislation on the statues.

"Like constitutional amendments, there could be a battle over which ones we decided on," Bond said.

"We have had opportunity in past sessions to do this and this is the first time we presented this" in the Senate committee, Wallace replied. Bills on replacing the statues were introduced in 2001, 2003 and 2017, but they didn't go anywhere.

Afterward, Hester said, "We are going to have a statuary bill.

"We are getting a lot closer to filing it," said Hester, who is the Senate Republican leader. "I don't want to say who, but I have been visiting with some extended family of the people we wish to put up and I think it would be the general consensus of this committee. But I'm not comfortable saying yet because we [have] not finished discussions with families."

In September, Hester said his draft legislation then would authorize statues of one of the Little Rock Nine and of Adam Brown of Hot Springs, a U.S. Navy SEAL who died in combat in Afghanistan in 2010.

Under SB75, the Arkansas secretary of state would enter into all agreements required by federal law to replace both statues in the National Statuary Hall Collection and coordinate the replacement with the Capitol Arts and Grounds Commission.

The commission would receive funds to complete, transport, display and maintain the statues. The funds could come from appropriations and private gifts, grants and donations from individuals and organizations. The commission would select the sculptor and relocate the existing statues.

In 1864, Congress passed a law inviting each state to submit up to two bronze or marble statues to be placed in what is now known as Statuary Hall. As the number of states grew, the statues spread to other areas of the Capitol.

In October, Tucker wrote in a guest column for the Arkansas Times that "my family is now aware of a statement Sen. Clarke made when he was running for governor in 1894, when he reportedly said: 'The people of the South looked to the Democratic Party to preserve the white standards of civilization.'" Tucker said he and his family condemned that statement. He said new statues were needed.