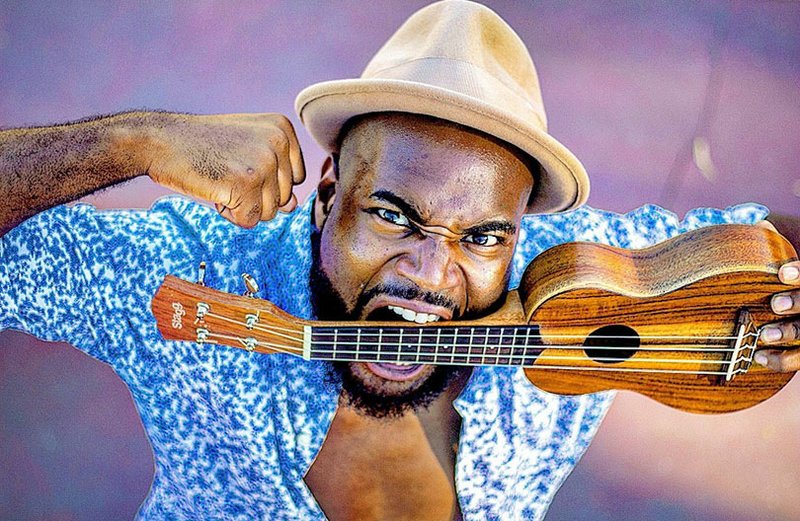 Austin Dean Ashford, an MFA student in his last semester at the University of Arkansas, has made huge waves in the theater community with his one-man musical "(I)sland T(rap)." Right now, he's rehearsing for a show Feb. 1 at Crystal Bridges Museum, but he paused for a moment to catch 'SUP readers up on his success.

Q. What's been going on since the last time we talked?

WHERE — Great Hall at Crystal Bridges Museum in Bentonville

A. I was offered an encore performance off-Broadway at the United Solo Festival after having a sold-out performance the first time and winning Best One Man Show out of 130 solo plays. I had to decline because I was invited to be the host and speaker for TEDx Fayettville, where I shared a portion of "(I)sland T(rap)." As soon as 2019 arrived, I was invited as the keynote speaker to the Kennedy Center American College Theater Festival Region 3, a festival for college theater students in Madison, Wis., -- and I facilitated four workshops the next day.

Q. Will the performance at Crystal Bridges have any special message?

A. For me, personally, Crystal Bridges means a lot, because in Northwest Arkansas every artist wants to showcase their work at the national museum. So I really want to use this as a chance to motivate the community that dreams come true, and we can tell our stories in our authentic voice. I am elated because Crystal Bridges will have a special Q and A and maybe a concert with new music, if I can fit it all in the time frame.

A. Next for me is back to New York on a flight at 5 o'clock the next morning. I will have some workshops and performances with high school students and meet with some agents. Then I will fly to L.A. for my short film "Black Bones" to debut Feb. 10 at the Pan African Film Festival. Then I will fly to Texas for my play "Black Book" at the ACTF Region 6 festival as an invited production, and then "(I)sland T(rap)" begins the international portion of the tour in Australia and New Zealand -- all before I graduate in May!