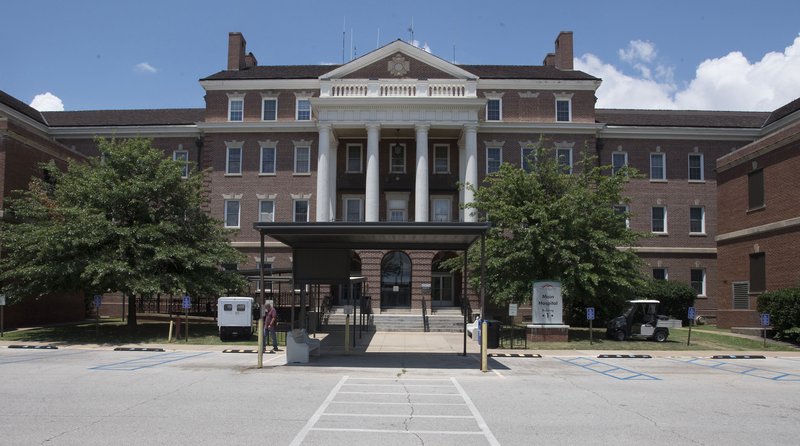 FAYETTEVILLE -- A pathologist who worked impaired while employed by the Veterans Health Care System of the Ozarks also worked on 96 cases as a private consultant before his hiring, a review found.

The nearly complete review of 33,902 cases found 3,007 errors or missed diagnoses, system Director Kelvin Parks told a town-hall- style meeting attended by at least 85 people Monday. A dozen of the veterans tested who had errors have died, but how many of those deaths resulted from a missed diagnosis has not been determined, Parks said.

The 8.9 percent error rate is more than 12 times as great as the standard in pathology practice, figures show. The normal error rate for pathology results nationwide is 0.7 percent, Parks said. Few of the errors are believed to have caused lasting harm, Parks said.

The review began in June and was conducted by pathologists outside the Ozarks system. The discovery of the 96 additional cases is one reason the system's review of cases was not final by the Dec. 31 target date, Parks said. All but 76 cases had been reviewed as of Friday, he said.

The pathology review is one of three reviews of the situation that are underway, Parks said. The other two reviews are by the Office of the Inspector General of the federal Department of Veterans Affairs. One is a clinical and administrative review of what went wrong to allow this situation, he said. The other is a criminal investigation.

The pathologist should be held accountable, said Terry Chuculate of Vian, Okla. Her husband died seven years ago.

Several audience members, including widow Jamie Jackson of Galena, Kan., asked Monday if they can get access to the tissue samples to have their own tests run. Others wanted their cases looked at by outside physicians. Parks said there are procedures for both.

"This has put a shadow of doubt over everything you've done," Army veteran Donald Carter of Rogers told Parks.

"We're doing our level best to regain the trust of all of you," Parks replied.

Darrell Darner of Gentry, a state officer with the Veterans of Foreign Wars, said he will request a visit to Arkansas by the recently appointed Secretary of Veterans Affairs Robert Wilkie to review the situation. Darner had his cancer diagnosis missed and had to undergo reconstructive surgery on his nose.

Patients who believe they have a claim against the system can use the department's tort claim procedure, Parks said. According to VA procedure, that requires filing of a Standard Form 95, which is available online.

The cases where patients faced the highest risk were reviewed first, administrators have said in each of the seven public meetings since June 18.

The pathology review includes every case pathologist Dr. Robert Morris Levy of Fayetteville worked on since his hiring in 2005. Levy confirmed he worked while impaired with alcohol in 2016 but did not work while impaired afterward, and a review of his work in 2016 found no errors. The veterans system will not confirm Levy as the pathologist, saying it is a personnel matter.

Levy was suspended in March 2016 for being impaired, but he returned to work that October after counseling and after a check of his work found no errors. Levy was again taken off clinical work in October 2017 after what the hospital described as a second instance of working while impaired. His dismissal in April came after a personnel review.